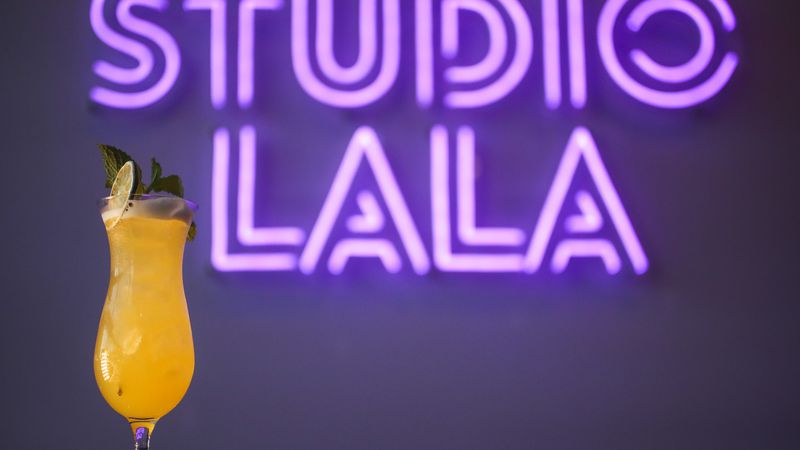 5 things to know about LALA St. Pete, a new karaoke bar and restaurant

Now, two years after signing the lease and after a year of intensive construction, LALA St. Pete, a new karaoke bar and restaurant at 2324 Central Ave., is finally open.

Owner Lucas Herraiz is behind the new venture, which includes a full restaurant and bar on the ground floor, an outdoor patio and rooftop terrace, and several private karaoke rooms throughout the building. .

Herraiz, who is originally from Paris, moved to St. Petersburg from Miami seven years ago. Herraiz hopes LALA St. Pete will serve as a prototype for future similar sites in the Tampa Bay area. Hopefully, he’s looking at Tampa and Sarasota for duplicate concepts.

Here’s everything you need to know about the hippest new spot in town.

Rooms include the Speakeasy, with a roaring ’20s and Prohibition-era theme; Studio LALA, which features a 70s vibe and is decorated with vintage Studio 54 photos and a disco ball; and Rock & Red, a rock and roll themed venue outfitted with concert posters from rock and pop legends like David Bowie, U2 and Prince.

Rooms have strict capacity limits, due to city fire codes. The smaller room seats five (“perfect for dates or double dates,” Herraiz said) and the larger one seats 16, which Herraiz says will be popular for business events and parties. big birthday parties.

Customers can reserve two-hour time slots on the bar’s website. Room prices vary and depend on the day of the week as well as the time of day. For example, a smaller room on a Thursday morning around 11:30 a.m. might cost $80 while the largest room – the Tropical Room – costs around $384 a weekend night.

Get news, insights and reviews of the restaurants and bars you crave every Wednesday from food critic Helen Freund.

You are all registered!

Want more of our free weekly newsletters in your inbox? Let’s start.

Explore all your options

During peak hours, Herraiz said the price drops to around $10 per hour per person.

Rooms are already booking up fast: In the first week of the reservation system’s launch, Herraiz said he got more than 100 bookings.

Not your average karaoke playlist.

Herraiz worked with a French-based karaoke app designer to custom design LALA’s iPad karaoke system, which includes a playlist of 46,000 songs. To choose a song, guests can browse playlists and various music genres and categories (ranging from bachelorette parties to Mother’s Day) or enter the song they’re looking for.

There are multiple microphones and a set of buttons allow guests to control the volume as they please. Another feature allows shy singers to dial in the voice of the original singer on the track, if they prefer to sing a duet.

Karaoke is only half the excitement: LALA’s restaurant will serve brunch, lunch and dinner daily.

Chef Kait Smith, 27, runs the kitchen and, along with Herraiz, is in the final stages of designing the menu, loosely described as “upscale American and French Mediterranean” fare. Smith previously worked at Tampa restaurants C-House, Bern’s and Elevage.

Guests have the option of dining in the main dining room, with 32 seats and an additional 14 seats at the bar, or on the outdoor terrace, which leads to a shared beer garden space adjacent to Grand Central Brewhouse. Although the businesses are separate, a mutual agreement between the two means that brewery customers can order food from LALA.

Guests of the karaoke room can also order food and drinks to be delivered to their individual room. Fittingly, there are plenty of grab-and-go snacks on the opening menu, including cheese and charcuterie boards ($29), watermelon and feta skewers ($16), toast lobster avocado ($24) and bruschetta crostini ($13).

For bigger appetites, a selection of baguette sandwiches includes the Parisian, with salted butter, ham, pickles and Swiss cheese ($15); the Italian, which includes salted butter, sopressata, chorizo, ham, lettuce, tomato, onion and Italian dressing ($18); and the Caprese, topped with pesto, tomatoes, fresh mozzarella, basil and balsamic glaze ($17). There are also several salads and, for dessert, a salted caramel cheesecake ($7) and a lime pie ($7).

But there are no hot dishes yet.

Permit delays have caused setbacks for kitchen staff, so for the next two weeks it’s just ‘cold’ food.

There is a rooftop bar.

As with most karaoke joints, liquid courage is a big part of the business. The beverage program here includes a list of red and white sparkling wines (including premium Champagne selections) and 10 beers on tap, two of which will include a rotating selection from Grand Central Brewhouse.

Cocktails include a list of classic quaffs (margaritas, Moscow mules, mojitos) and signature drinks including the LALA 75, a twist on a French 75 made with Bombay Sapphire gin, crème de fleur, lavender, lemon juice and sparkling wine.