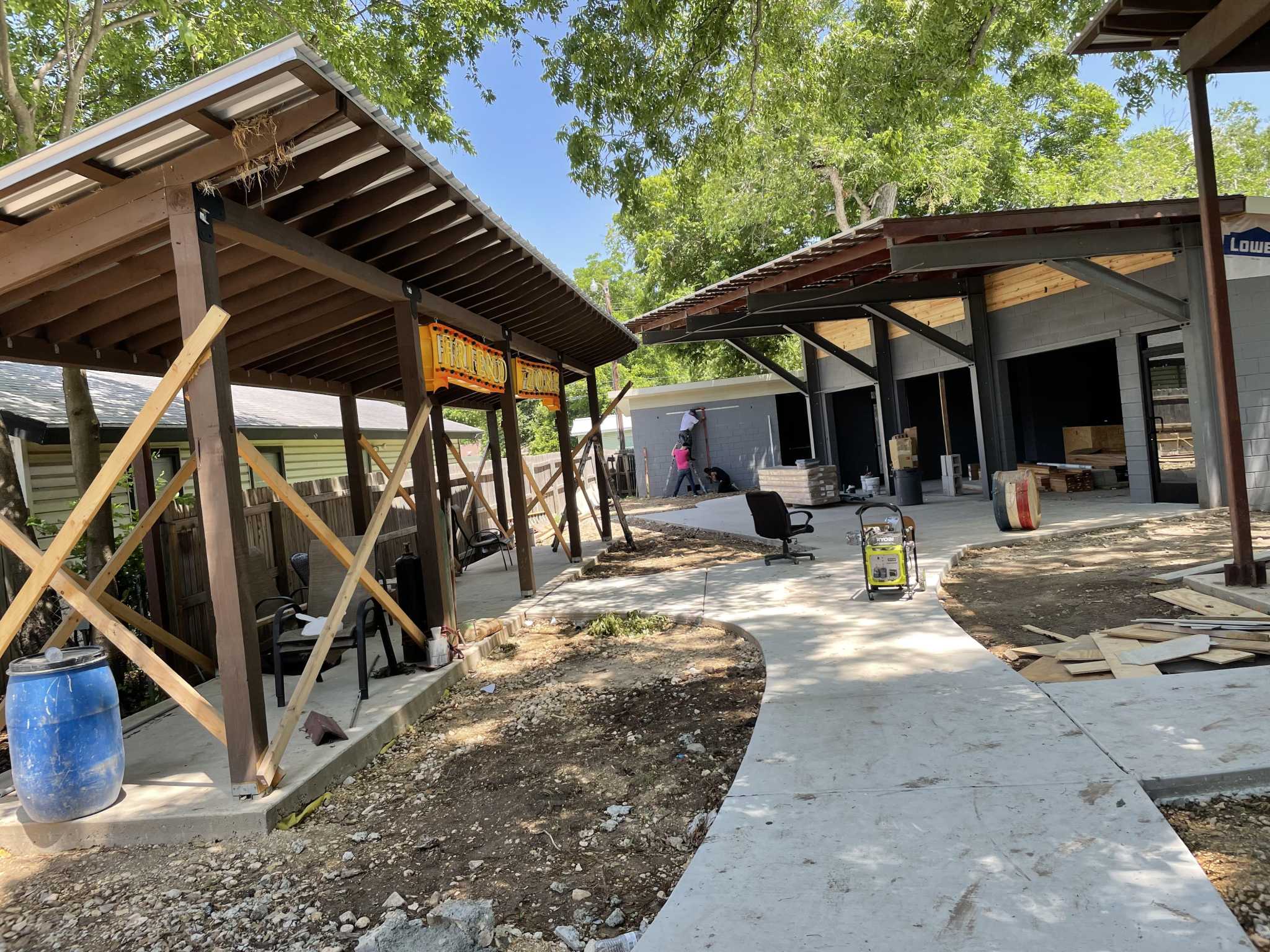 For years, Nick Marquez has been transforming old houses into bars and restaurants in the Schertz-Cibolo district. But for his new business, a pet-friendly bar called The Hidden Grove, he’s doing it from scratch.

Still under construction, Marquez said he hopes to open Hidden Grove in late June, no later than July 4.

Located on Main Street in Schertz, next to the Purple Pig BBQ and about a 100-foot walk from Bar House, which Marquez opened in 2018, The Hidden Grove will be a mix of concepts. It will be a concert hall, both a sports bar and a meeting place in the garden.

Most seating will be outdoors on the half-acre grounds, which has an outdoor stage for music and various seating areas scattered under metal roofs and a canopy of shade trees that inspired the bar name. When it gets too hot, guests can sit inside in air-conditioned comfort.

“The goal is to provide a very relaxed environment where people can have a drink and enjoy each other’s company, but we’ll also have live entertainment, lots of TVs and we’ll show UFC fights,” he said. Marquez said. “This is my first project built from the frame, so it allowed a lot of flexibility in building this one. It’s going to be neat.

On ExpressNews.com: Bar House a Schertz watering hole that lives up to its name

The bar will feature a large wall of taps and will feature a special cocktail menu being developed to accompany all standard spirits. Marquez hopes customers will bring their four-legged family members for a drink and a bite to eat from the food trucks that will be on site over the weekend or the Purple Pig BBQ next door.

“I hope the people of San Antonio make the trip to Schertz because we have a lot to offer here that a lot of people don’t know about,” said Marquez, who also owns the Old Main Ice House in Cibolo, about 3 miles away. .

Opening of the downtown sports bar at GreenStreet