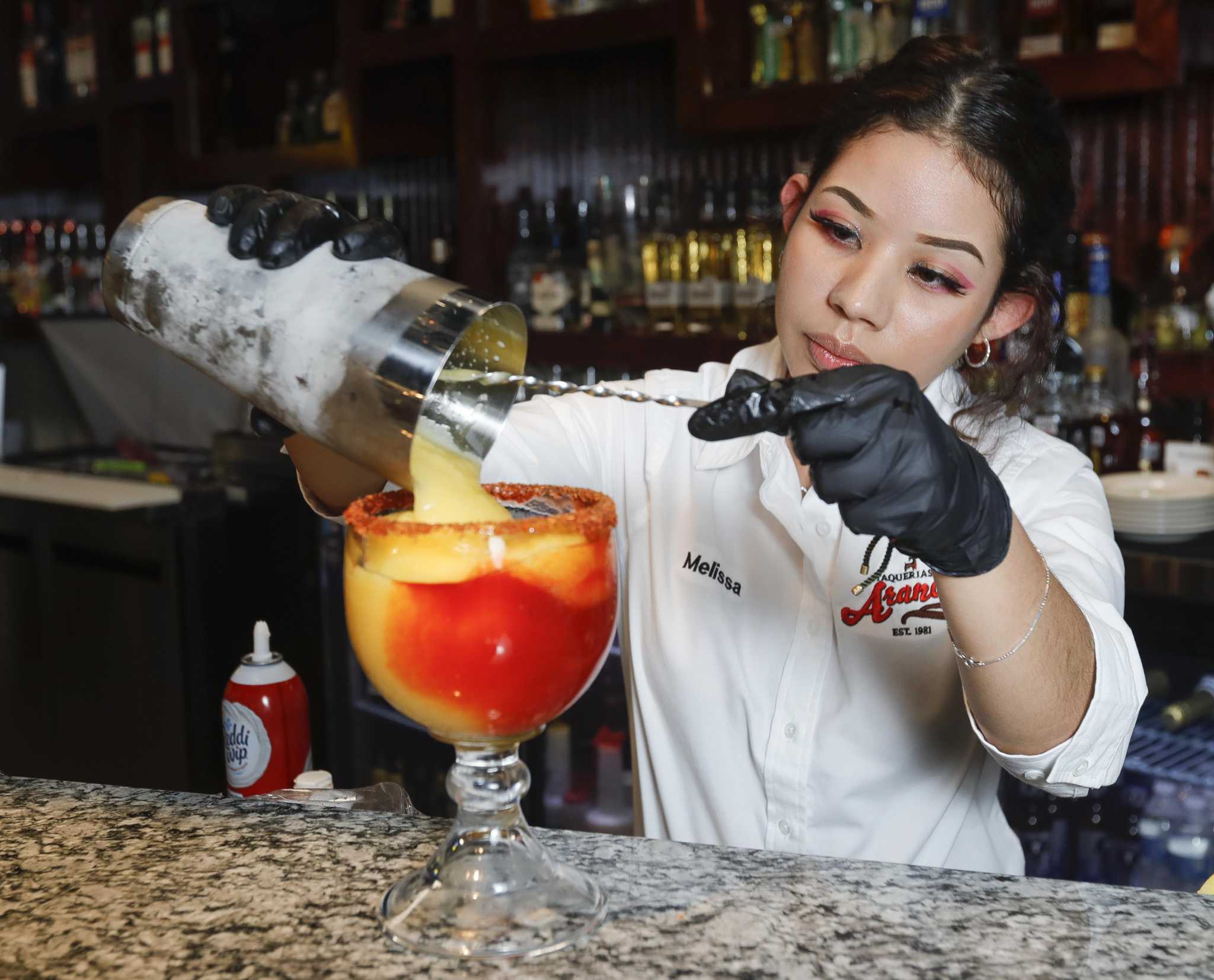 For many in the Houston area, Taqueria Arandas is synonymous with Mexican cuisine. As the franchise brings a restaurant to Conroe, it has chosen the city to launch its first-ever sports bar.

Under the same roof as the restaurant at 1906 N. Frazier, the 4,000 square foot sports bar is being finished ahead of a grand opening on May 7. The first night will host a screening of boxer Canelo Álvarez’s fight that night. A norteño band and a mariachi will provide live entertainment.

Filled with tables and chairs, the dimly lit sports bar seats 160 and has two 75-inch TVs in a staging area with karaoke. A regular DJ and a rotation of bands will perform there. The space includes seven other wall-mounted TVs for showing football matches and other sports.

The bar is lined with tequila standards like Don Julio 1942, Herradura and Hornitos. The bartender also serves mezcal drinks and micheladas con camarones, a spicy beer-based shrimp cocktail. The specialty is the Arandas Margarita, a mixed drink served with tequila over ice or frozen, available in medium, large, and premium sizes.

General manager Luis Jimenez considered for three years opening a Taqueria Arandas in Conroe. He said he and his staff of 40 want to provide the city with good, quality and consistent customer service. He aims for the sports bar to be a happy climate for customers.

“Make them sing, smile and have a wonderful time,” Jimenez said.

The late José Camarena founded Taqueria Arandas in 1981. Originally from Arandas, Jalisco, Mexico, Camarena worked as a day laborer when he moved from Chicago to Houston with $5,000. He started serving tacos in a food truck on Irvington Boulevard near the 610 loop and Interstate 69. A Taqueria Arandas stands there to this day.

Having long outgrown its status as a taqueria, which is usually designated for taco stands, the restaurant’s name has endured among its patrons.

Arandas Franchises, which remains in the hands of the Camarena family, oversees 28 restaurants, six bakeries and a Mexican seafood restaurant.

On HoustonChronicle.com: State Fare Kitchen & Bar opens at The Woodlands

The company is using Conroe as a testing ground for how to integrate sports bars into other locations, said Morales, 29. His father, Guadalupe Morales, 54, is the main franchisee of the new site and an adjacent Arandas bakery, which opened 10 years ago.

There is “major responsibility” for the success of the sports bar, she said.

Since its soft opening at the end of February, the bar has reached a maximum capacity of 90%, according to Jimenez.

The restaurant itself, Morales and Jimenez shared, intrigued many residents for several months as management asked questions about its possible opening.

A walkway with murals depicting colorful scenes of provincial life in Mexico connects the sports bar to the restaurant. The walls in the main dining room are splashed with yellow. Papel picado, which is perforated paper used in traditional Mexican decorating, hangs from the ceiling in an array of colors.

The menu at Taqueria Arandas features traditional Mexican dishes like enchiladas and quesadillas. A customer favorite is the 5-Dish (cinco) Taquitos, which are mini meat tacos served on corn tortillas. Another favorite item is the 16 inch Super Burrito California wrapped in a flour tortilla.

They happily feasted on steak and fish tacos with small individual bowls of charro beans, and noted that the authenticity of the meals was reminiscent of their vacation days on Mexico’s Pacific Coast.

“It’s like going over there,” Charlene Erixon said, smiling as she fidgeted in her seat.