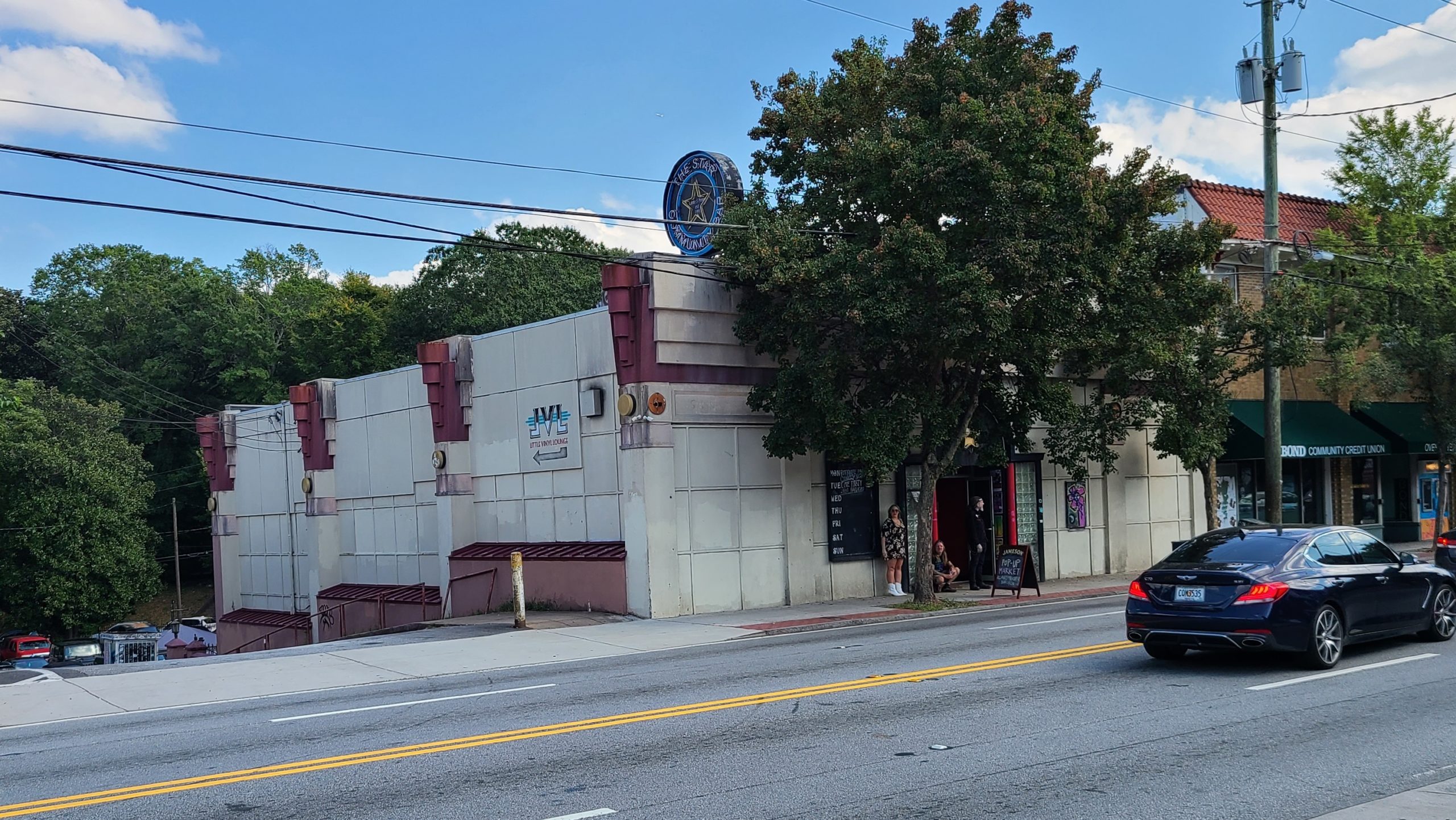 The Star Community Bar redevelopment controversy has got to be one of those “Avengers, assemble!” moments for the Atlanta subculture.

Because it’s not just about this bar and the fate of Little Five Points. These are the noise complaints from new condo owners about East Atlanta Village bands. It is the decision of the city council to easily close the nightclubs as “nuisances”. It is Atlanta that once again tears down or demonizes the sources of perhaps its greatest product – musical culture.

It’s not just about Star Bar and its owner, a situation that is generally poor in information and very hot. It’s about rethinking the broken ownership model that causes such chaos by weakening the cultural tenants that create value, and new ways of doing things that can bring them stability and equity.

Attendees at a Sept. 18 meeting at the Star Bar are appealing for support. (Photo by John Ruch.)

But L5P is the crucial battleground because it’s a neighborhood that already has the legacy of winning such fights and providing such alternative models. What happens here will inform the future of punk, metal, hip hop and other venues across the city.

Like most working-class subcultures, the punk and metal communities represented at Star Bar aren’t used to winning and are often bullied by a dismissive majority. A community development meeting held at the bar on September 18 showed the fans’ sharp intelligence but was not strategically focused. Meanwhile, some media outlets have freely used derogatory adjectives for his neighborhood by writers who would never dare to insult affluent communities like, say, antiseptic and bogus. As a journalist who goes to the Star Bar, I’ve heard a bit of this attitude in recent conversations – “someone with a high-profile job is hanging out with these people?”

A related bias is that nostalgia is the only reason anyone would support a 30-year-old venue. The implication is that anything centered on youth music culture must naturally die when its first generation has grown boring and old.

Sure, plenty of oldies hang out at (and own) Star Bar, but dissing that is like saying libraries should be closed as worthless nostalgia for old stories. I’ve heard some amazing underground stories at the bar, most of which haven’t been recorded, and you always learn something drinking with the occasional rock star, like the guys from ATL’s Grammy Award-winning metal freak, Mastodon. Michael Gamble of the Wild West Picture Show, a band from the early days of the bar that supported the alt-country scene, was seated next to me by chance at the September 18 reunion. He recounted how his late bandmate Tom Gray penned Cyndi Lauper’s latest hit “Money Changes Everything” – an artistic endeavor that certainly shone a light on our current human condition.

But plenty of new bands, comedians, drag artists and the like play the bar all the time, often drawing young crowds. Ignoring this says more about the speaker than the place and how subcultures continue to be undervalued as disposable in Atlanta. Perhaps if we started calling bars “business incubators” for the arts, the attitude might change. Historical disregard is already changing with efforts such as the “Atlanta Punk Rock Collection” at Emory University’s Rose Library, where flyers from Star Bar shows are among the artifacts. Randy Gue, an assistant director who helped put this collection together, noted the diversity at a recent Star Bar show — last year’s reunion of Atlanta’s flagship hardcore band Neon Christ and newcomers. opening acts, which attracted hundreds of people. 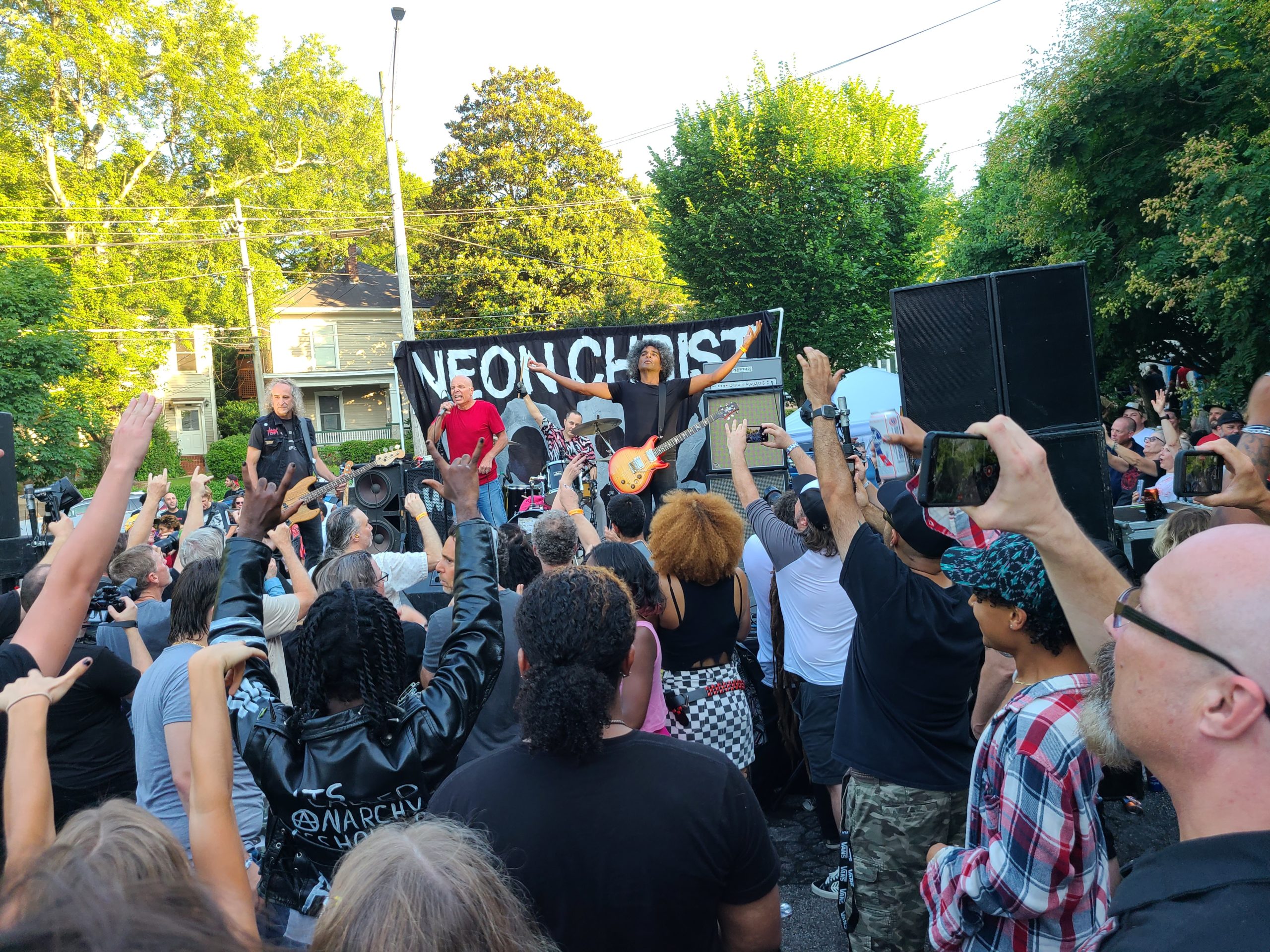 “Bill and the overwhelming crowd represented the past, present and future of Atlanta punk,” Gue said. “It was a fun and joyful celebration of Atlanta music and the importance of place. And it could only have happened at Little Five Points at the Star Bar.

Neon Christ frontman Randy DuTeau told me he was impressed with the show’s “multigenerational, multicultural crowd” and the “revealing” performance of Upchuck, one of Atlanta’s newest punk stars. . “It told me that people still wanted to play loud punk rock music and they would find a place to make it happen,” he said.

DuTeau used to go to the bank that preceded the Star Bar in his building, spending his money at Wax ‘n Facts Records across the street. He said he was “disappointed” at the possible disappearance of the bar. Now working as director of tourism for North Augusta, a city in South Carolina, he says he understands the progress development can bring, but asks the question, “Do you want to completely abandon the history of the community for the new and shiny?”

The redevelopment of the Star Bar site, DuTeau said, “almost, like, commodifies the counterculture” that made L5P so desirable in the first place.

This is the classic dilemma of gentrification. So it was 50 years ago when other developers – including current Star Bar owner and now co-developer Scott Pendergrast – came up with a more community-based approach. Even now, he is proposing to build a new space for the bar – which co-owner Dusty Mumma says would be bigger than the existing one – in the basement of a new commercial building on the site. And amid all the heat, the bar’s former co-owner Jim Stacy admitted at the reunion that Pendergrast had been “leaning back” for years to keep the business going with below-market rents and a kind of a special deal during the pandemic. 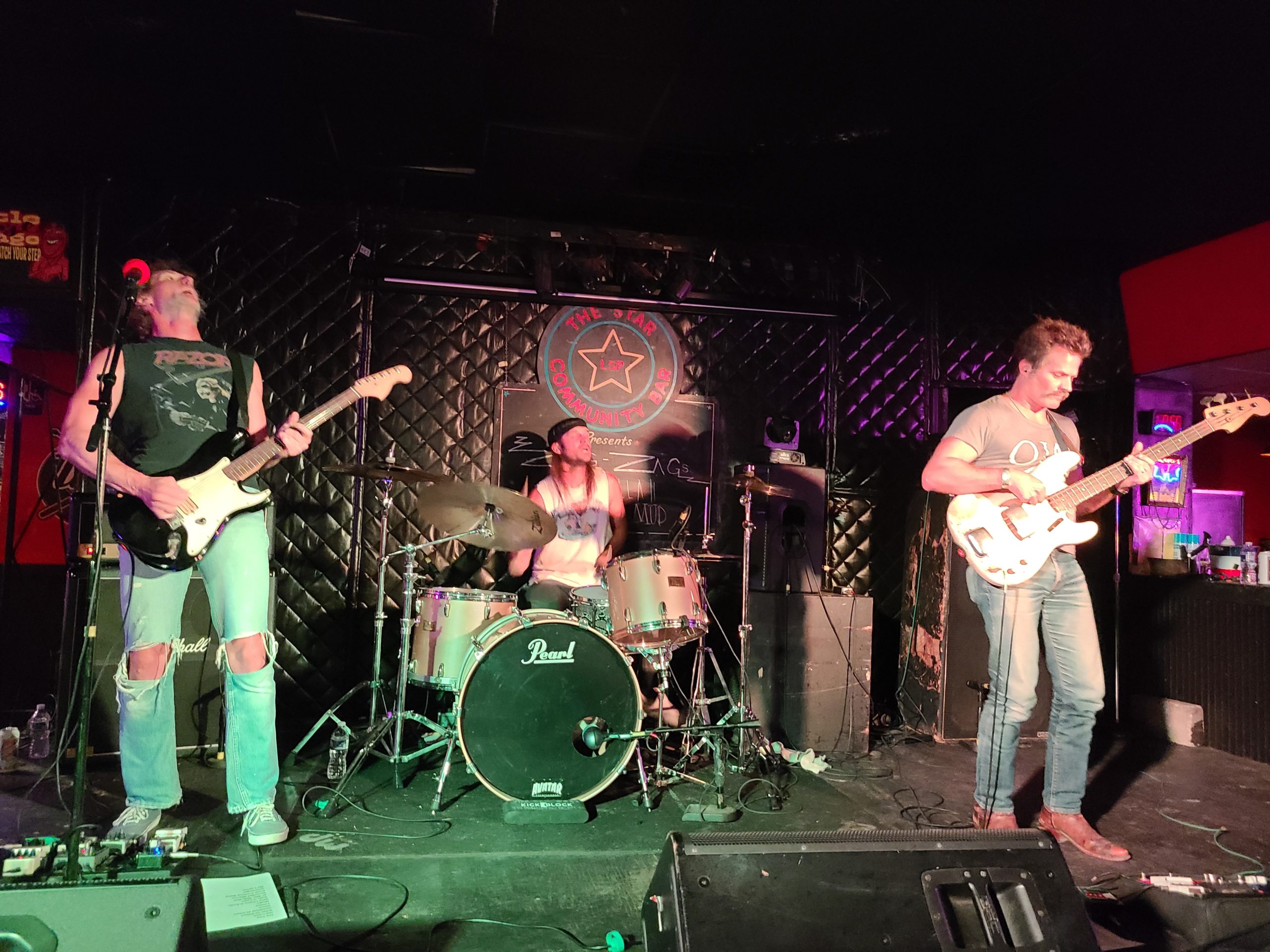 But this solution also smacks of the softer, milder version of the old gentrification and displacement often used to appease consciences despite the same results. How would the bar, its fanbase and its musical culture survive a long period of construction? Could he pay the new rent? Would the new residents of the proposed multi-family units at the other end of the property be willing to live next to a rock bar?

These are dilemmas in large part because we simply accept traditional ways of development that are often extractive, rapacious, or just plain greedy, encoded into law centuries ago by pretty dumb people. So the Star Bar conversation is already turning into a NIMBY-vs.-YIMBY binary take beloved by Urbanist Twitter, punk anarchists and others doomed to clash. But there are many other directions to take.

Hours before the September 18 meeting, I took a historic L5P walking tour conducted by the Atlanta Preservation Center and the L5P Business Association where the Star Bar was a main topic, but also put into a broad context of a consciously rebuilt community. .

A historic legacy is a neighborhood that knows how to rise up and cause good trouble for developers to stop bad plans and buy time to improve others. In the 1970s, L5P was among the communities that almost unthinkably prevented the construction of a freeway in what is now Freedom Park, a challenge far more difficult than a beloved bar. The alternative turned out to be quite good.

In the 1990s, it was an attempt by chain stores to enter a redeveloped neighborhood with small businesses in mind. A drugstore chain was aiming to take over supermarket space, which would have directly competed with beloved local pharmacist Ira Katz. He recalls about 100 people turning up at an opposition rally that scared the chain into favor of his Little Five Points pharmacy. He says that after the highway war, “we were ready for another fight – the David versus Goliath kind.” 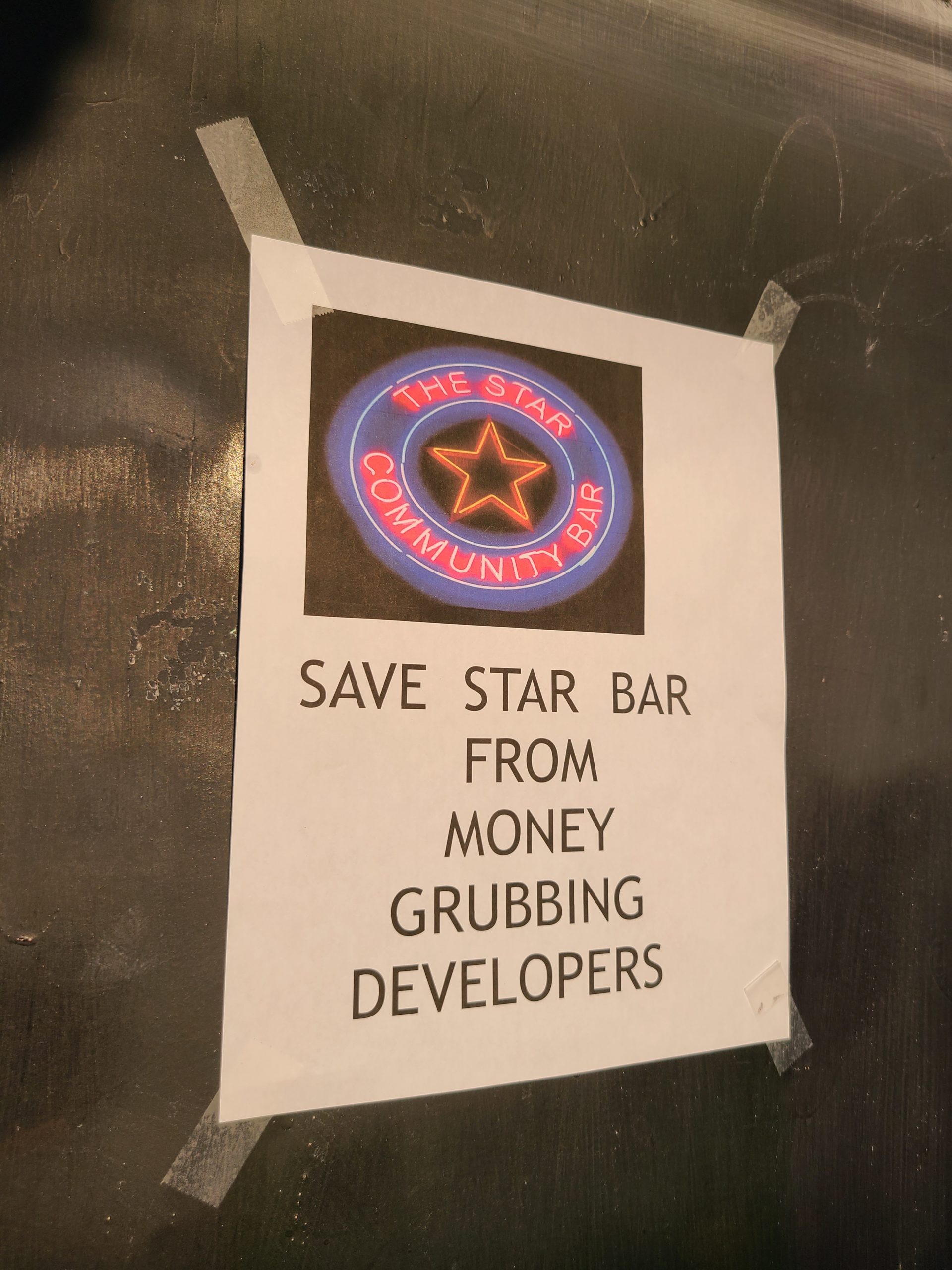 A sign inciting the rabble taped to the Star Bar building ahead of the September 18 meeting. (Photo by John Ruch.)

And it wasn’t just about being hip or counter-culture. “Overall, it’s a very special community, unlike what you see in the suburbs,” Katz said. He notes that the mix of tenants is deliberately diverse to this day so locals can get a lot of what they need on a stroll, in a symbiotic small business culture.

The visit noted examples of alternative business models that have helped ensure some of these things. The Point Center building next to Star Bar is also being redone by the developers, but cannot be demolished because developer Kelly Jordan (now a SaportaReport contributor) has put a historic preservation easement over it. decades ago in exchange for financial benefits in a prize-winning effort. Today, the building still houses the BOND Community Credit Union, which was created to fund mortgages for locals when the big commercial banks wouldn’t. And there’s the Little 5 Points Center for Arts and Community, established in the 1980s as a non-profit organization to provide affordable housing for a wide range of arts organizations, radio station WRFG and others.

There are many other models. Community land trusts where residents could own shares and dictate development instead of private for-profit corporations. Commercial condos where businesses get equity. Significant protections that save the building and entitle you to tax credits that could subsidize an affordable rental contract.

The outrage has bought time – apparently at least until January – and it would be well spent advocating for a model that could collaboratively support an owner, a bar and his subcultural community rather than pitting them against each other. others. And show Atlanta how it’s done.

After all, as Stacy, the former co-owner, noted at the reunion: “Community” was not in the name of this bar by accident. »