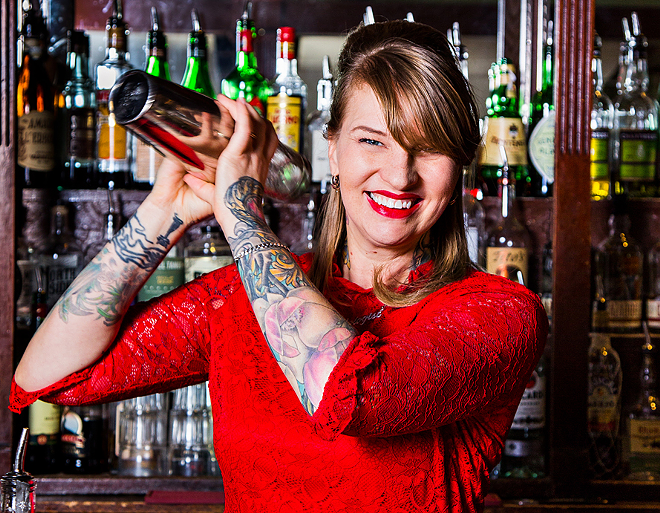 Well-known Queen City mixologist Molly Wellmann has announced that she will be moving on to a new chapter in her life – which includes the sale of her Over-the-Rhine bar.

Japp’s Since 1879 is a beloved cocktail bar that Wellmann has owned since 2010. As of July 11, ownership of the bar will be in the hands of Four Entertainment Group (4EG), according to a statement from the group.

4EG currently owns and operates many Cincinnati locations including Igby’s, The Lackman, Rosedale, Keystone Bar & Grill, The Stretch and many more. 4EG managing partner Bob Deck said in the statement that they hoped to “ensure a seamless transition” by taking control of Japp’s.

German immigrant John G. Japp founded a wig business in the building that now houses the bar in 1879. Since 2010, the place has served cocktails “significant in history from the 1700s to the 1950s,” according to the communicated.

“Now is the time to move on to the next chapter of my life. Over the past twelve years, I have been proud to own many amazing bars in Cincinnati and Northern Kentucky,” Wellmann said in a statement. She says she will share her knowledge of cocktails through private lessons, events and maybe even write a book.

Deck says not much will change with Japp’s – they plan to keep all current staff and continue the current schedule of events and live music. “Molly is a longtime friend of mine and an icon in the Greater Cincinnati bar and restaurant industry. We are delighted that she entrusted us with the task of keeping the Japp’s brand alive through high quality cocktails and historical stories.

Wellmann says she’s excited about her new projects and for Japp’s future. “It’s a big change and I’m thrilled that Japp’s continues to be a Cincinnati staple that makes our city so wonderful!”

Send CityBeat a news or story tip or submit a calendar event.