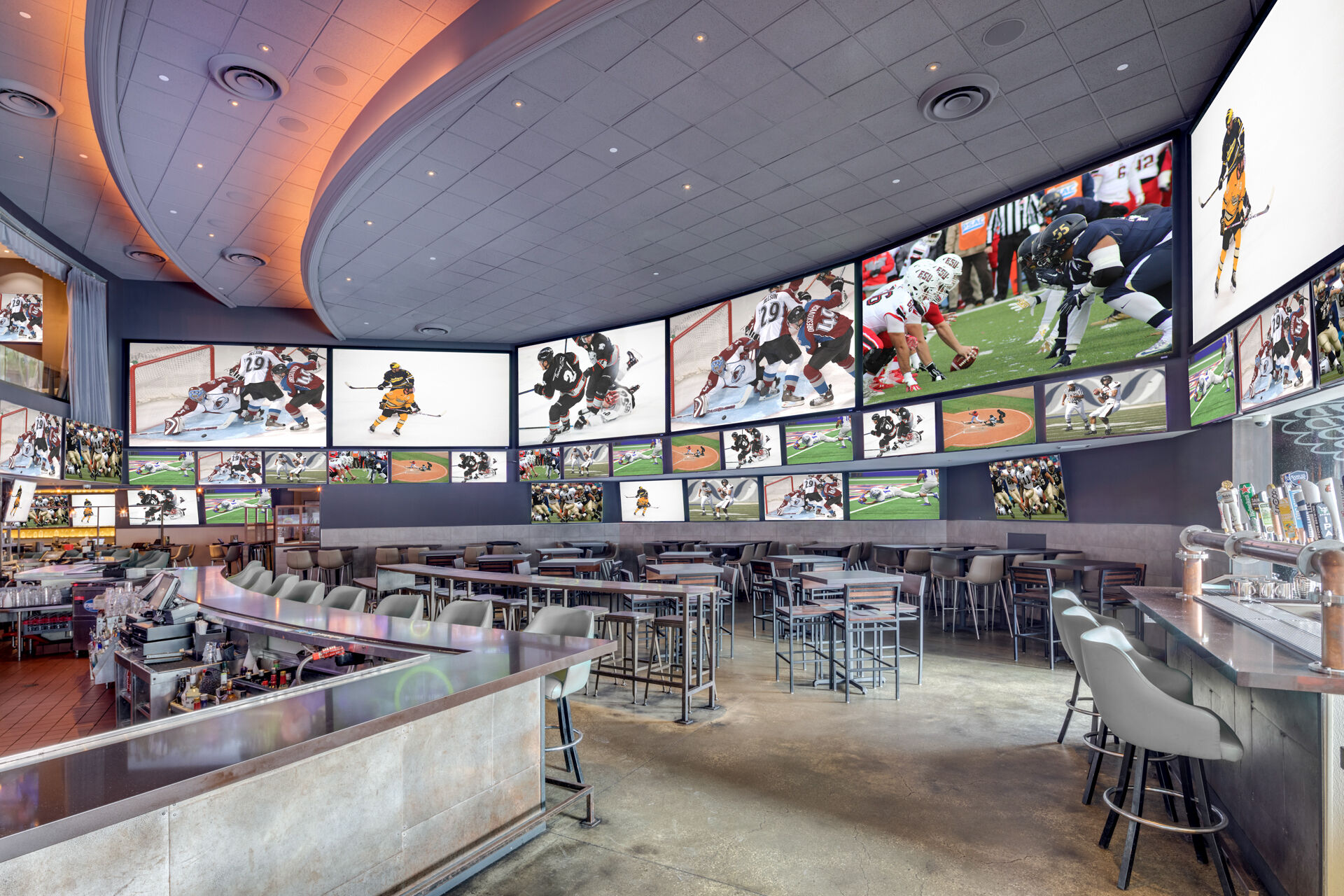 Denver-based Tom’s Watch Bar brings one of its great video-centric sports bars half a block from Nationals Park.

The sports bar and restaurant have signed a lease for 7,800 square feet at 1250 Half St. SE, part of the recently completed Kelvin Apartments, and will open next summer.

Tom’s presents its sports bars as a cutting-edge 360-degree viewing experience. The Navy Yard location will have hundreds of wall-to-wall screens with an oversized central stadium screen.

The menu will include tacos, prime rib sandwiches, burgers, wings and dozens of beers on tap.

The Navy Yard location will be the seventh location for Tom’s Watch Bar. The original opened in Denver about 10 years ago. It now has locations at Coors Field in Denver, casinos in Connecticut and Washington State, and others in Las Vegas and Los Angeles.

Tom’s is one of many new leases that KLNB has negotiated for Kelvin’s owner, Jair Lynch.

Previously announced leases for the same location include Silver Diner, which provides for a two-story location and its first traditional restaurant in the district, and Swingers Crazy Golf, which will open the second DC location for its indoor mini-golf course, bar and restaurant. restaurant.

Get the latest news and daily headlines delivered to your inbox by signing up here.

© 2021 OMCP. All rights reserved. This website is not intended for users located in the European Economic Area.