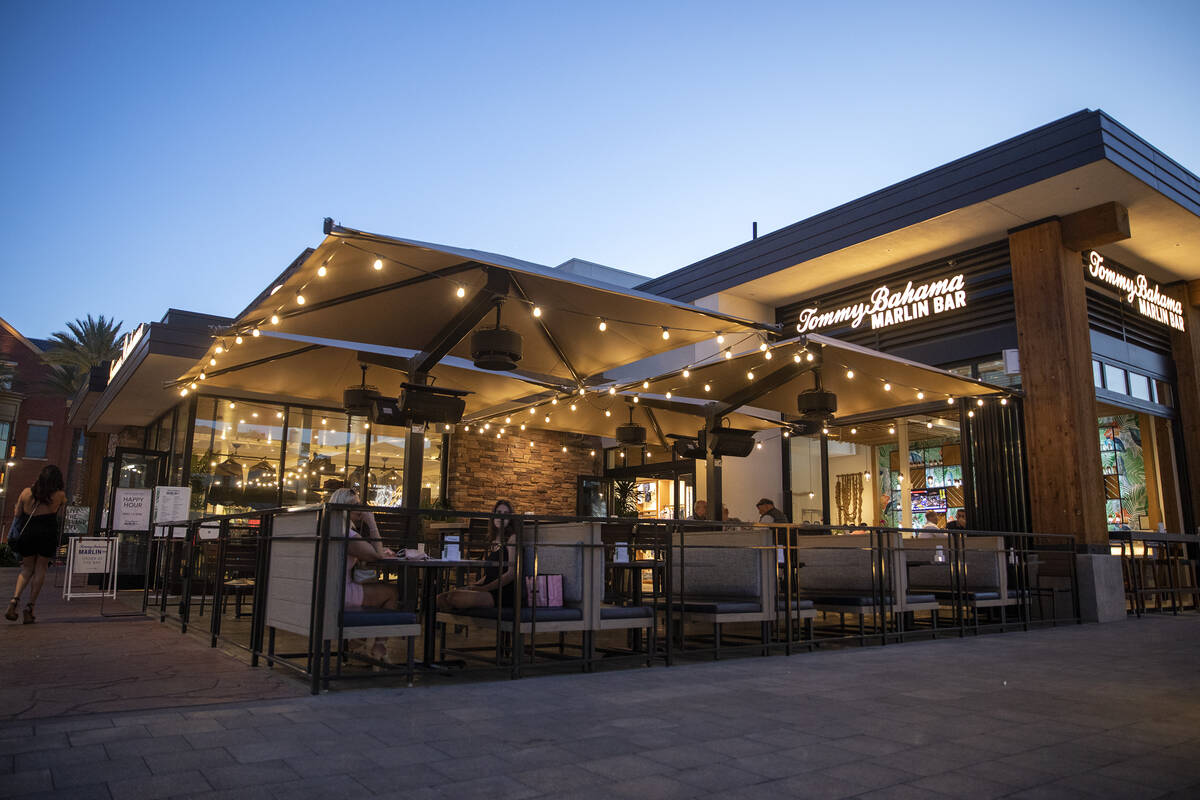 As a business, Tommy Bahama has caught on to the times, since its role as a pioneer in the restaurant-meet-retail operation. Now that begins another chapter, which is played out in Las Vegas with the closing of one restaurant and the opening of another.

“We continued to monitor the behavior of the guests,” said Wood. “What we are seeing is that customers no longer want to commit to 2½ hours for dinner. And we continued to look at the food truck phenomenon. And we have a hard time getting people to leave their homes; you can do anything on your couch now.

Dina Mitchell, entrepreneur and former owner of Tropical Smoothie franchises for Nevada and Southern California, has the same thoughts for the chain she is launching, PowerSoul Cafe.

“I think 2020 has really shone a light on a lot of things for the restaurant industry,” Mitchell said. “One, that there were things they could fix. Two, that people were okay with not having full service; people agreed not to have human contact. People were okay with the delivery.

PowerSoul Cafe, which Mitchell plans to launch this summer on Warm Springs and Cimarron routes, will be a 100% gluten-free restaurant. Specifically, it will operate around the clock and have smart self-service food lockers and direct-access windows.

“It gives you more control over where you dine and when you dine,” she said. “You have full control. 2020 kind of pushed people to make changes a little earlier than they thought. “

Wood said Tommy Bahama noticed the changes coming even earlier, kicking off what he calls the “big experiment” in 2017 in Estero, Florida.

“How about slapping a food truck at a retail store?” Wood said they were wondering. “And what we’re known for are great cocktails. That’s where the Marlin Bar came from, the idea of ​​having a patio and a bar.

While the Tommy Bahama restaurant offered table service, at the Marlin Bar, a quick and relaxed establishment, patrons order at the bar and food is brought to the table. The majority of seating is on the restaurant’s large outdoor patio, complete with cooling and heating equipment. Live music is offered daily.

“These are smaller portions at half the price,” Wood said, aiming to get the food out in seven to nine minutes.

There are 15 cocktails, with a particular emphasis on the tropical (mai tai, frozen mai tai, pineapple-coconut mojito), as well as beers, wines, and specialty non-alcoholic drinks. And whatever you drink, you’ll get it right away.

“I’m a guy who wants to grab a beer straight away,” Wood said. “The idea is to skip the first steps of a normal restaurant experience.” But you won’t have to travel for recharges.

“When you order a beer, it’s counter service, but it’s counter service plus,” he said. “Once you’re seated I’ll drop by to see if you want another drink.” What we’re trying to do is bring in a very different dining experience, but one that in our minds, at least, is exactly where the guest is today.

And they can be on to something.

“I think they’re on the right track with this,” said Joseph Lema, professor and chair of the food and beverage and events management department at Harrah College of Hospitality at UNLV. “By moving towards quick casual, they can be more flexible and nimble,” which he said will help cope with challenges of the COVID and post-COVID era such as staff shortages. , rising food costs and supply chain disruptions because they can pivot easier if needed.

“The supply chain is a challenge that we have to adapt to very quickly,” said Lema. “A lot of restaurants want to increase consistency. In this segment of the market, it’s a little easier to be able to deliver.

Cross-training employees is also easier in a quick and relaxed setting, he said, which means staff can be used when needed and also trained to become future leaders. “In gastronomy, you are more in phase,” said Lema.

Although it was designed before the pandemic, the predominantly outdoor atmosphere and shortened service model of the Marlin Bar is also fashionable.

“COVID changed everything,” said Wood, “but I firmly believe that sometimes you are lucky, sometimes you are good. What do people want to do during COVID? They want to sit outside to eat. We just saw all of our patio businesses explode. COVID has absolutely changed the behavior of people. And with the new business model, he said, “there are a lot less table visits and interactions.”

Lema pointed out that the open-air atmosphere matches Tommy Bahama’s tropical branding but resonates with customers.

“They think it’s a bit safer,” he said. “You can take off the mask and breathe easier. You can feel more free.

Wood said the company now has 14 Tommy Bahama restaurants and eight Marlin bars (“the reaction has exceeded our wildest dreams”), and Las Vegas is the first time it has closed one and opened the other at same place.

“The Las Vegas market is perfect for a Marlin Bar,” he said. “We’re right on the other side of the park now. People can be in the middle of the activity, of the evening. That’s the Marlin Bars phrase: “I want to hear music, feel like I’m part of the community, and oh, at the same time, if I want to shop, I go shopping.