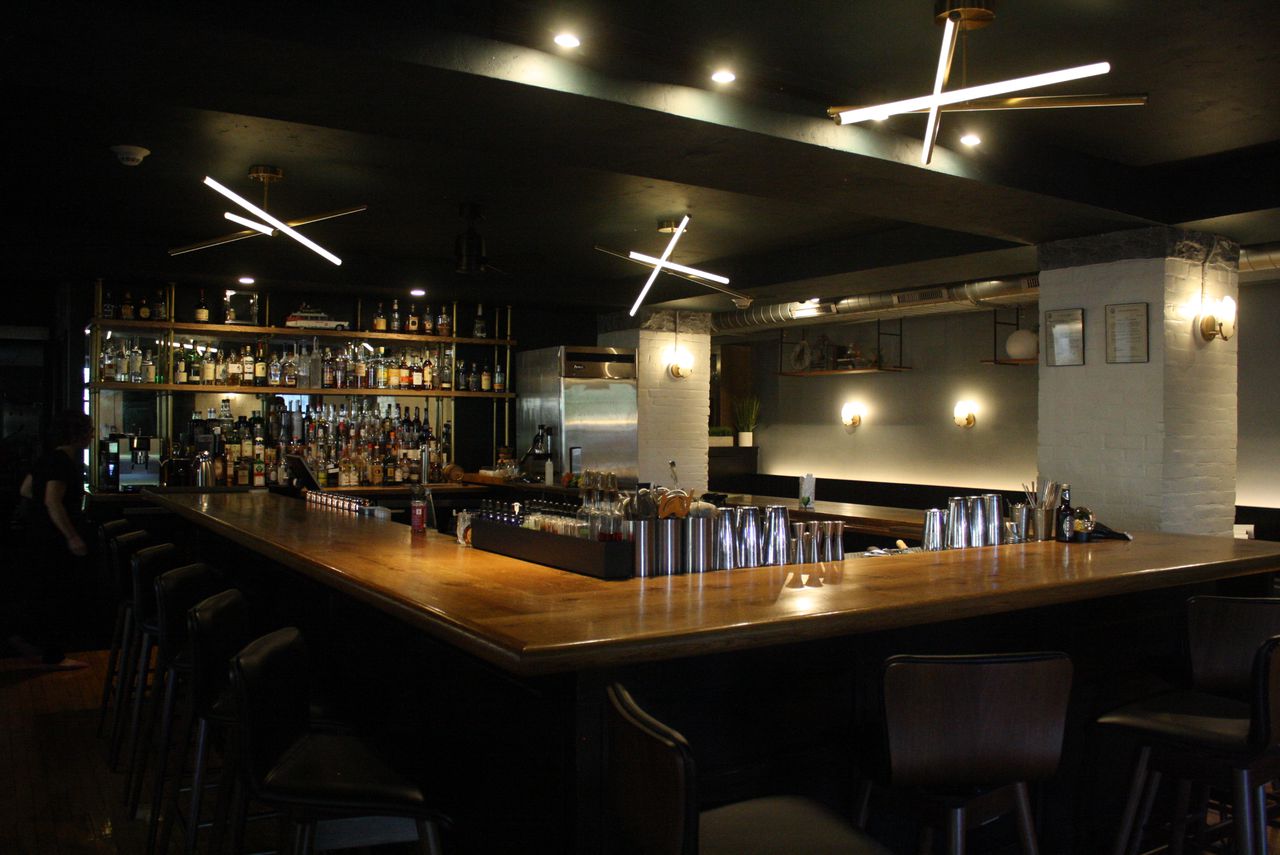 The owners of the latest restaurant to open in Northampton are planning a new nightspot to provide nightlife lost to the city during the pandemic.

Tellus & The Satellite Bar, located in the basement of Thornes Marketplace, will open next weekend with a launch event featuring Wooly Bully, a long-running all-vinyl DJ event playing soul, funk and R&B, from 9 p.m. to 1 a.m. on Friday and Saturday.

Owners Nhan Bui and Amanda Riseling said Tellus will open in stages, with nightclub events beginning over the coming weekends and with plans underway to fully open the restaurant and bar later in September.

“There are several elements to our business model; a lot of that is a response to seeing businesses close and feeling a need from the general public about what’s missing and what they’re looking for,” Riseling, who will also serve as the restaurant’s general manager, said in an interview. “Just because you’re a nightclub doesn’t mean you can’t also be a restaurant, cocktail bar and wine bar. And as long as we all have the skills to meet those needs, we can try to do them to the best of our abilities.

The restaurant will offer contemporary and refined gourmet dishes and a foreign-made Italian brick oven will be key to inspiring the dishes on the menu. The catering business partner is Jeremy Werther, Chef-Owner of Strong Street Homestead Restaurant, who will help guide the culinary program. Full menu hours are 4:30-9pm and a more limited menu 9-11pm. Bui said he expects a homemade burger to be a hit with customers.

“When we talk about our restaurant, it’s partly because the pandemic has broken a lot of things, especially in this industry. When we talk about getting back together, we mean doing it in a new way. Breaking the mold of what we think people are looking for,” Riseling said.

Bui said they are adding a 5% service charge which will go to the back house staff.

“It’s a way to reconcile the wage disparity between front-of-house and back-of-house,” Bui said. “It’s happened in cities, it’s happened, and it’s accelerated during COVID…That’s how a back-of-house is actually rewarded for volume.”

Bui spent nearly a decade working as a bartender for The Basement and other venues under the Iron Horse Entertainment Group umbrella. It saw the city’s nightlife change dramatically as long-running nightspots like Hugo’s, Sam’s Pizzeria and Mimmo’s Pizza closed in that window of time.

“It was the center of nightlife before the pandemic.” Bui said of Northampton. He estimates that around 1,000 to 1,500 people have stopped coming to town on weekends for shows or to bars as events and venues have dried up in recent years. Popular restaurants have closed or are closing much earlier than before the pandemic.

Popular spots like The Watering Hole and Majestic continue to draw people to the city, but the number of people coming to town for shows or bars has dropped noticeably after the pandemic. Recently, the Green Room on Center Street announced the departure of its longtime manager and staff, and questions remain as to what will become of the cocktail bar.

“It was a big part of the identity,” Bui said of Northampton nightlife. He noted that closed venues like The Basement — which never reopened after the pandemic — caused the city to lose a lot of its character and appeal. “What we did there was a little different from a traditional club. We had a lot of different nights, a lot of different bands. The longest running queer rave was a decade long. Wooly Bully was the longest night valley dance. It’s been like 15, 17 years now.

Wooly Bully, hosted by Cashman and DJ Snack Attack, will continue to bring some of the nightlife spirit to Tellus.

Bui and Riseling said they hope Tellus will also become a new place for workers in the restaurant industry.

“If you work in a restaurant, where do you eat? Riseling said. “We want to be a place where people in the industry can come after they’re done working and having good food.”

Opening of a new sports bar in Colorado Springs | Food