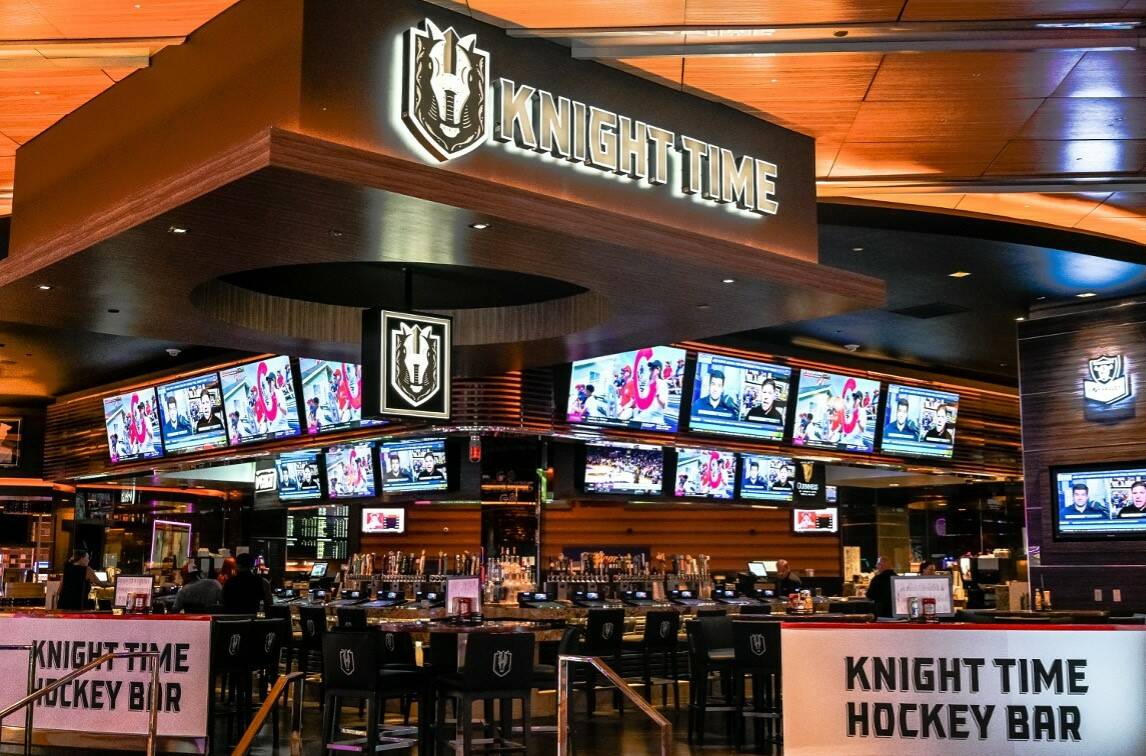 M Resort in Henderson has announced the launch of its Knight Time Hockey Bar celebrating the local Henderson Silver Knights and the property’s partnership as the hockey team’s headquarters hotel. A grand opening party begins at 6 p.m. on October 5 for the public.

The Knight Time bar is located, appropriately, on the casino floor, next to the bookmaker. The M Resort has converted the former 32 Degree Bar to create Knight Time, its space now defined by a wall covering that simulates a hockey rink.

The bar features new TVs, a video wall that includes an interactive Twitter feed, booths and other seating, rear alcoves with TVs to control yourself, and a private area called The Penalty Box. For that rinkside feel, a horn sounds every time the Silver Knights (or Gold Knights) score a goal.

Knight Time features even more fanfare. Silver Knights logos adorn the chairs, sofas, tables and other areas of the bar. Skates, signed hockey sticks, gloves, team jerseys and other hockey memorabilia adorn the walls. The floor is made up of hockey stick patterns.

To accompany the hockey, the bar offers a hundred draft beers; made-to-order sandwiches, salads and pizzas; BBQ burgers and ribs; plus all-day steaks and eggs, a handful of salads, and bowls of pho.

“We are extremely excited to partner with M Resort to bring Knight Time Hockey Bar to life,” said Silver Knights COO Chase Jolesch. “We know the community and our fans will appreciate it as much as we do.”

Knight Time Hockey Bar is owned and operated by M Resort. The Henderson Silver Knights are the American Hockey League affiliate of the Vegas Golden Knights.