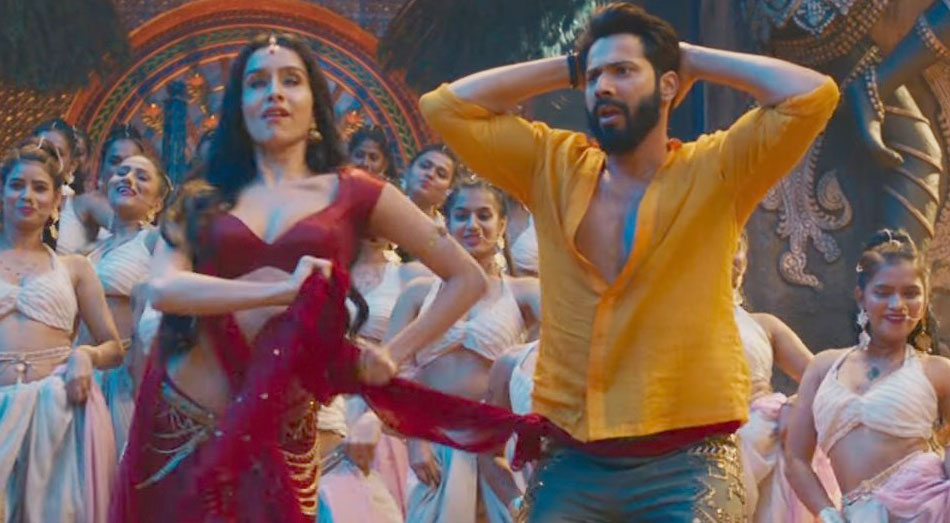 Mumbai: Wolves are howling in unison as after ‘Param Sundari’, Kriti Sanon is back to shake a leg on the first song of her upcoming film ‘Bhediya’, titled ‘Thumkeshwari’.

The funky dance number sees Varun Dhawan and Kriti Sanon rocking to Ganesh Acharya’s choreography. But, the main takeaway from the song is Shraddha Kapoor, which also features a groove on the upbeat number.

Sharing his thoughts on the track, Varun Dhawan said in a statement, “Thumkeshwari is a number tailor-made to ignite the dance floor. I really enjoyed playing to his funky tune. The song’s lyrics are a catchy delight, and I’m sure fans are going to have a gala time dancing to the track.

“Bhediya” belongs to the Maddock Films horror-comedy universe of producer Dinesh Vijan and Shraddha in the song takes viewers back to the days of “Stree” and sparks audience interest behind this appearance of her in the song and whether she will also have an appearance in the film.

About working on the song, Kriti said, “I absolutely fell in love with ‘Thumkeshwari’. I was sharing screen space with Varun after a very long time and we had never worked together on this kind of big track. It was a memorable experience.

Composed by Sachin-Jigar and written by Amitabh Bhattacharya, who also penned the lyrics to “Param Sundari”, Thumkeshwari is a spirited number sung by the musical directors themselves along with Ash King and Rashmeet Kaur.

The film, which also stars Deepak Dobriyal and Abhishek Banerjee, will hit theaters across India in Hindi, Telugu and Tamil in 2D and 3D on November 25.