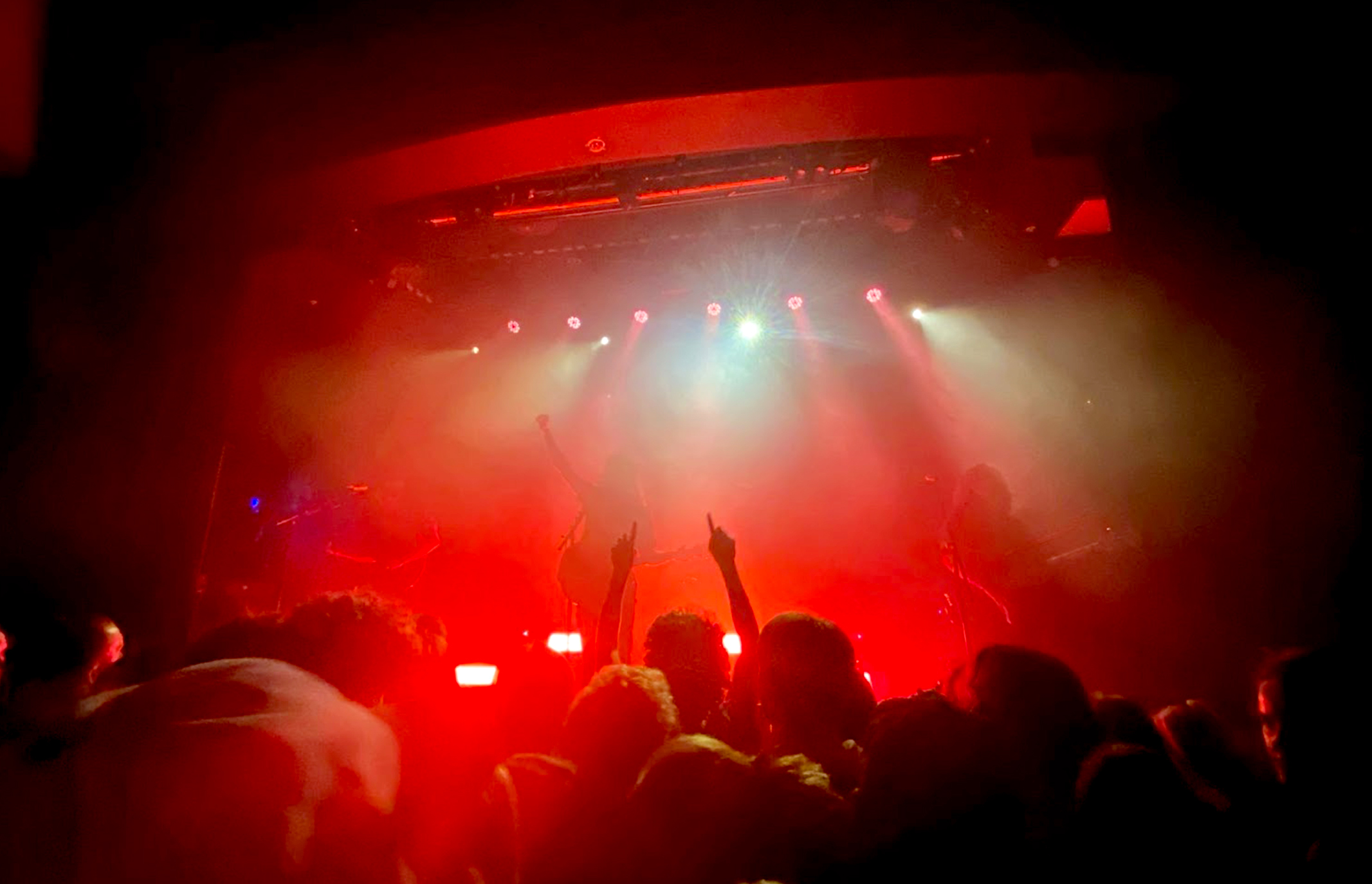 After months of rescheduling, soulful surf rock quartet The Vanns return to Sydney to bring a night of elation, backed by Tiarnie and Eliza & The Delusionals.

Since their debut in a Wollongong band competition in 2013, The Vanns have become a treasured Australian indie-rock band. Drummer Logan Ritchie (of support act Tiarnie) accurately describes their sound as if Gang of Youths, Kings of Leon and Spacey Jane had a baby – who later grew up in Kiama. Recovering from a plethora of attacks on Sydney’s live music scene over the years, Manning Bar has served as the perfect stage for the engagement of beloved fans of The Vanns. Lead musicians Jimmy Vann (lead vocals, guitar) and Cameron Little (lead guitar, keyboards, vocals) chatted candidly with the crowd between songs, taking endless encore requests and tossing drinks. Watching The Vanns’ performance, you get the sense that their southern coastal influences created a degree of friendship among the crowd, something nostalgic, personal and unfiltered.

Vanns’ setlist was greeted by a packed dance floor as soon as the concert opened at 10 p.m. Beginning with “Red Eye Flight,” Jimmy Vann’s charisma combined with Little’s expressive guitar delivery cultivated a suitably rambunctious moshpit. The close relationship the pair have forged has ignited some of their best tunes – on Saturday they let the crowd in on the act. Opening-themed and a staple throughout the show, red lights bathed the entire crowd. Manning Bar might be a low capacity venue, but The Vanns certainly played it like a stadium. “Mother” followed, with a grungier guitar solo and screaming lyrics, all ready to get the crowd on their feet.

After a few songs of smashing drums and resonant bass guitar, The Vanns slowed down the set to showcase their lyricism. Tracks such as “Chelsea” and “Jasmine” brought a slower romantic lens to the set and invited the crowd to step back as the band painted a portrait of failed relationships and touring life. Self-described as their “campfire ditty,” “Jules Said” was a memorable, sincere, and bluntly written performance. Jimmy Vann’s vocal performance had undeniable power; though radically different in style, his emotive voice has rightfully earned comparisons to Jeff Buckley.

Although the crowd engagement was consistent overall, the second half of the set saw the band fully encompass the venue. “Keep My Cool” brought back the shaggy surf rock of their previous albums, with Cameron Little’s extended but stunning solos dominating the scene. Manning Bar’s spherical viewing platforms were powerful in this sense, creating almost ubiquitous sound. Audience favorites here were “Red Light” and “Feels Good Now,” their latest and arguably most polished releases. Many of The Vanns’ songs seem to follow a similar structure, starting with a catchy riff and anthemic lyrics, to a climax that comes during Little’s solo. When they’re silhouetted in white light like they were, it’s easy to see why the crowd seems to rise every time. It’s not subversive or revolutionary, but genuine and effective.

Overall, the Vanns set felt like a statement of intent. After blockages and delays, their performance was underlined by a sense of liberation. And with loyal fans of all ages selling shows, The Vanns have the stamina and talent to deliver.