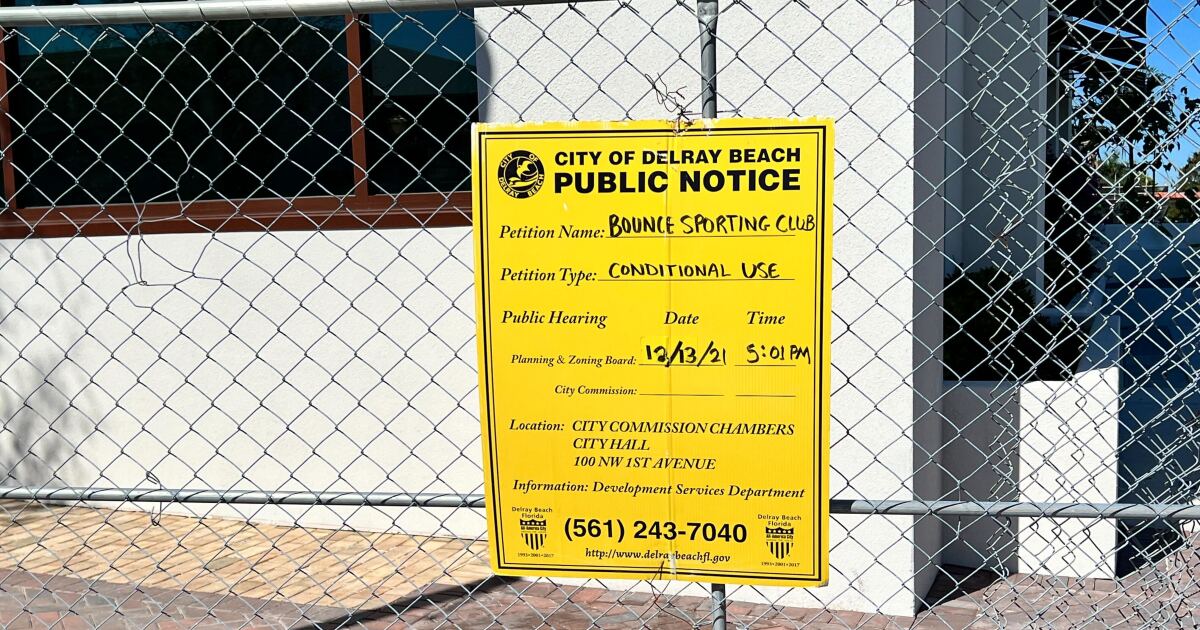 DELRAY BEACH, Fla. – Just one block off bustling Atlantic Avenue in downtown Delray Beach are residences and apartments. But soon in the area is the Bounce Sporting Club, an upscale sports bar with locations in New York and Chicago that has some nearby residents worried.

Rana has lived for 20 years just outside the city’s entertainment district, which stretches from Swinton Avenue to Federal Highway.

This is where construction began on Bounce, which sits at the corner of Atlantic Avenue and the Federal Highway.

Since the development’s property line is within 300 feet of a residential area and outside of the entertainment district, it needs special permission to stay open after midnight.

“Can’t they make it profitable before 12 o’clock?” Rana said.

Rana said if the bar gets special approval, it could set a precedent for other businesses to follow.

“It would set a precedent and any restaurant or bar in that specific space would have the right to open until 2 a.m. as well,” Rana said.

Concerns for some residents include noise, traffic and safety. But attorney Neil Schiller, who represents Bounce, said the owners “want to be good neighbours”.

Schiller said the owners plan to close the patio and end live music at 11 p.m. to discourage noise complaints.

“We went to great lengths to try to put everything in and keep all the impacts internal to the space so they don’t spill out into the community,” Schiller said.

The 4,400-square-foot facility is looking to extend the closing time to accommodate sporting events that end after midnight, such as West Coast games and pay-per-view fights.

“We don’t want to finish at midnight and have people go home in the third quarter of the NBA Finals game,” Schiller said.

Rana said she wants the bar to succeed, but would also like to see what issues arise before the city grants the exemption.

“Why make a decision before the opening of this establishment?” she said.

The owners of Bounce were holding a briefing at 6 p.m. Monday ahead of Tuesday’s City Commission vote on the matter.