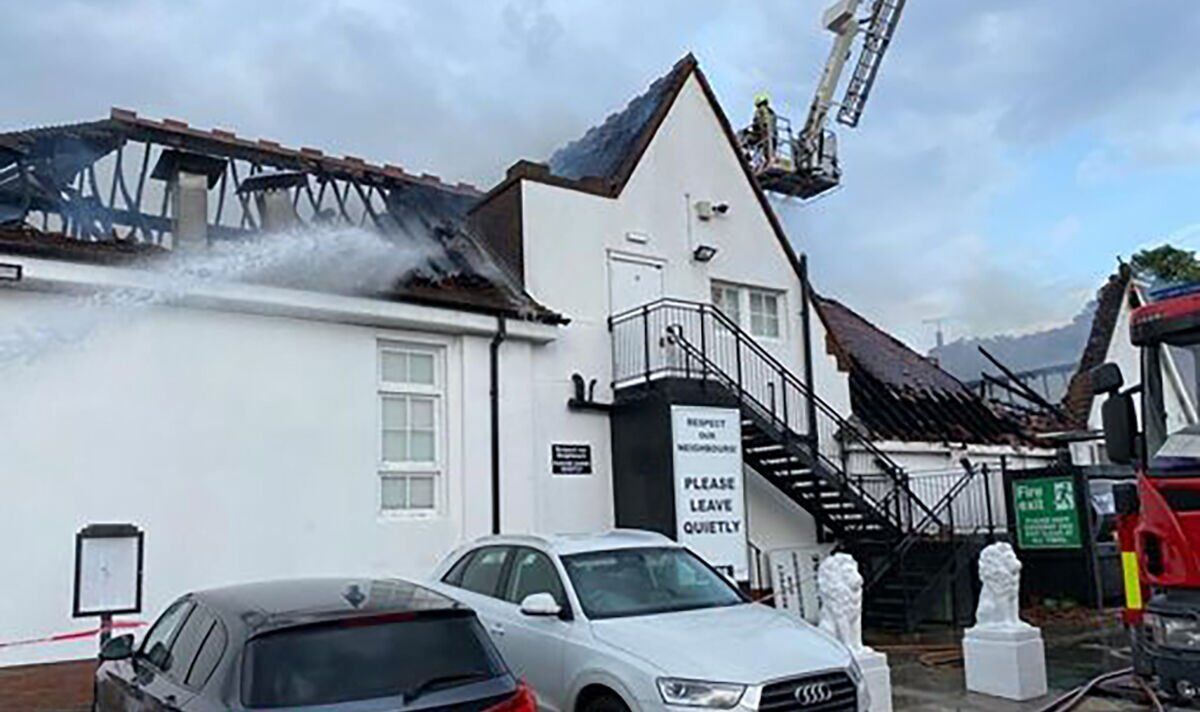 Footage shows a wave of smoke from Reids Bar and its function room in Billericay, Essex, which was used by children at the time. No one was injured in the fire, but it destroyed a significant part of the building.

Jason Gould, station manager for the Essex Fire and Rescue Service, told Essex Live: “When crews arrived 50 per cent of the roof was completely on fire and had started to collapse in places.

“Firefighters worked hard in extremely hot conditions in a large building approximately 50 meters by 50 meters to prevent the fire from spreading.

“The bar/restaurant was not open at the time but the crews did a fantastic job of keeping the damage as low as possible.”

Roads were closed as eight fire crews battled the blaze in the evening.

They came from Billericay, Orsett, Basildon, Brentwood and other centers in the county.

Reids, which is also a restaurant and entertainment venue, assesses the extent of the damage.

A spokesperson said: “Reids Venue had a major fire today.

“The extent of the damage is unclear at this time.

“A member of staff will contact all parties who have booked to let them know in due course whether their party can continue.

“Thank you for your understanding and cooperation.”

When a massive fire engulfed a restaurant and nightclub in Maidstone, Kent, witnesses described the “very sad” scenes.

Photos showed smoke billowing across the city and flames roaring from the roof.