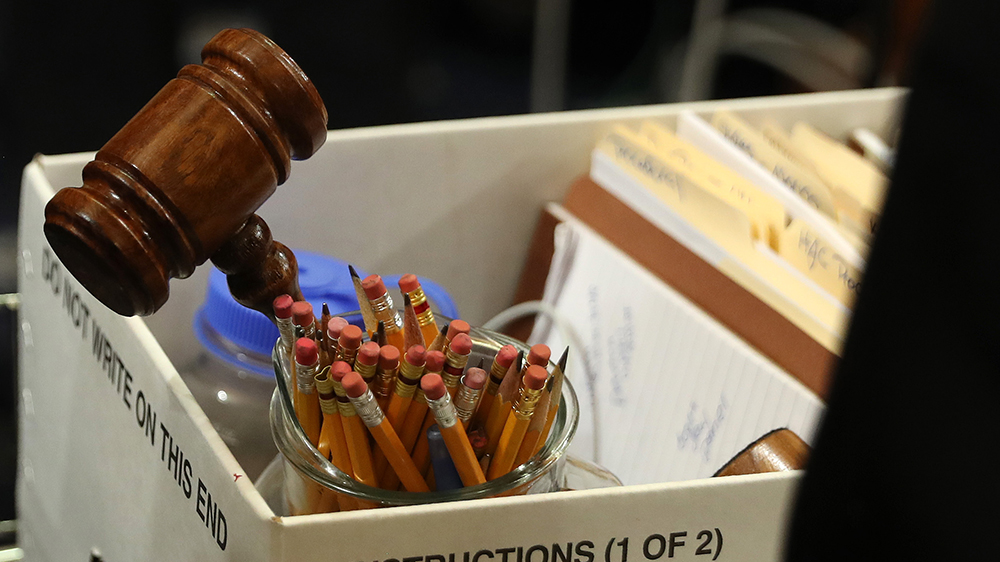 In what is positioned to address a growing problem for musical artists, particularly in the hip-hop genre, a new bill has been introduced in the United States House of Representatives by Congressmen Hank Johnson (GA -04) and Jamal Bowman (NY-16). Called the Restoring Artistic Protection Act (RAP Act), it aims to protect artists from having their lyrics used against them as evidence in criminal and civil proceedings.

As a statement announcing the bill notes shrewdly referring to the 2021 Bey-Cousin v. Powell case: “Freddy Mercury did not confess to “just killing a man” by putting “a gun to his head” and “pulling the trigger”. Bob Marley did not admit to shooting a sheriff. And Johnny Cash didn’t admit to shooting “a man in Reno, just to watch him die.”

Specifically, the RAP Act would impact federal rules of evidence by adding a presumption “that would limit the admissibility of evidence of an artist’s creative or artistic expression against that artist in court.”

As Variety has previously published, most recently through a column written by famed music lawyer Dina LaPolt, normalizing such a practice sets a dangerous precedent, as members of Congress detail that since 2020, prosecutors in over 500 criminal cases have used artists. words as evidence against the defense. LaPolt goes even further. “It’s racism,” she said.

Grammy-nominated artist Young Thug is perhaps the best-known rapper currently testing the constitutionality of these prosecution strategies and whether they infringe on First Amendment protections. The thug was arrested in May for gang activity and conspiracy to violate the Racketeer Influenced and Corrupt Organizations Act (RICO), with fellow Atlanta rapper Gunna.

The indictment alleged that Williams possessed stolen weapons as well as methamphetamine, hydrocodone and marijuana, with intent to distribute them. Williams was also implicated in an attempted murder of Atlanta rapper YFN Lucci and accused of renting a car “used in the commission of the murder of rival gang member Donovan Thomas, Jr.”.

The indictment quoted lyrics from nine Young Thug songs, including “Ski” and “Slime Shit.” Several lyrics from the 2019 song “Just How It Is” are listed, including “I done did the robbin’, I done did the jackin’, now I’m full rappin'” and “It’s all mob business, we know to kill the fattest cats of all kittens,” which the court considers in the indictment “to be an overt act in furtherance of the conspiracy.” The court also noted the 2021 song “Bad Boy,” which includes lyrics like “Smith & Wesson .45 put a hole in his heart / Better not mess with me, killers stay with me” and “I shot his mama, now he don’t talk about me.”

“Freedom of expression is the constitutional foundation the framers believed necessary to enable a new and free society to shape not only its own destiny through commerce and innovation, but also through culture, expression and art. “said Rep. Johnson. “It is no longer enough for the Bill of Rights to guarantee this freedom: without further action by Congress, the freedom of speech and artistic expression present in music will continue to be stifled, and that expression will be chilled, until that the voices behind this protection the word is silenced. I thank my colleague MP Bowman for joining me in co-leading this bill.

“Rap, hip-hop and every lyrical piece of music is a beautiful form of art and expression that should be protected,” Congressman Jamaal Bowman Ed.D (NY-16) said. “I am proud to introduce the RAP Act alongside Rep. Hank Johnson. Our justice system disparately criminalizes black and brown lives, including black and brown creativity. For example, Tommy Munsdwell Canady is a 17-year-old serving a life sentence whose conviction relied heavily on the lyrics he wrote. I was deeply moved to learn that Mr. Canady continues to pursue his art in the face of our prison systems that would otherwise stifle black art. He is not an outlier. Evidence shows that when juries believe lyrics are rap lyrics, there is a tendency to assume it is a confession, whereas lyrics from other genres of music are considered to be rap lyrics. art and not as factual reporting. This law would ensure that our evidentiary standards protect the First Amendment right to free speech. We cannot imprison our talented artists for expressing their experiences or allow their creativity to be suppressed.

Following today’s announcement from Capitol Hill, Recording Academy CEO Harvey Mason jr. and Rico Love, President of the Recording Academy Black Music Collective, said, “Today’s introduction of the RAP Act in the House of Representatives is a crucial step in the ongoing battle to end the weaponization of expression. creative as a pursuit tactic. Bias against rap music has been present in our justice system for far too long, and it’s time to end this unconstitutional practice. We express our gratitude to Representatives Hank Johnson (D-GA) and Jamaal Bowman (D-NY) for their leadership on this issue, and we will continue to work closely with them to advance the protections in this bill that ensure that all artists can create freely without fear that their work will be criminalized.

Additional comments can be found below; go here to read the full text of the bill.

“Songwriters across North America fully support and endorse the RAP Act, which prohibits the widespread prosecution tactic of using free speech and creative expression as evidence of criminal behavior. This tactic, entrenched in systemic racism, is primarily used as a way to target creators of rap music who are often black males The RAP Act is our chance to fix the system and preserve the right to free speech and creative expression for all Americans” – Dina LaPolt, Co-Founder and Board Member, Songwriters of N. America (SONA)

“The Black Music Action Coalition supports and applauds Congressmen Hank Johnson and Jamaal Bowman for this forward movement to address the systemic harm of using rap lyrics as evidence of crimes through the proposed RAP Act. Hip-hop as an art form is seriously threatened by this scourge that grips our criminal justice system. Rap is undeniably central not only to popular music but also to American culture and deserves the same First Amendment protection as any other creative expression. – Willie “Prophet” Stiggers, co-chair of the Black Music Action Coalition (BMAC)

“History has taught us that it is dangerous to take an artist’s creative expression out of context. The RAP law prevents this and prohibits the lyrics from being used against all artists in court. The consistent practice by prosecutors of only introducing rap lyrics when artists of color are on trial is discriminatory and must be stopped. MAC applauds Reps. Johnson and Bowman for their efforts. – Susan Genco, Board Member, Music Artist Coalition (MAC)

“I commend Representatives Johnson and Representative Bowman for introducing this bill to limit the admissibility of an artist’s creative or artistic expression as evidence against them in criminal cases. More than any other art form, prosecutors attempt to use rap lyrics as confessions of wrongdoing. With troubling racial disparities already present in the criminal justice system, this practice only adds to the unequal scale of justice that black men and women face. – Julie Greenwald, President and Chief Operating Officer, Atlantic Records

“Today’s introduction of the RAP Act in the House of Representatives is a critical step in the ongoing battle to end the weaponization of creative expression as a prosecution tactic. Bias against rap music has been present in our justice system for far too long, and it’s time to end this unconstitutional practice. We express our gratitude to Representatives Hank Johnson (D-GA) and Jamaal Bowman (D-NY) for their leadership on this issue, and we will continue to work closely with them to advance the protections in this bill that ensure that all artists can create freely without fear that their work will be criminalized. – Harvey Mason jr., CEO, Recording Academy and Rico Love, President, Recording Academy Black Music Collective

“As a union of artists and performers, SAG-AFTRA is charged with protecting the creative expression and creative freedom that is essential to our culture and our country. Artists should never have to censor themselves lest their work be turned against them in future criminal proceedings. We support the “RAP” Act on Restoring Artist Protections and we thank Congressmen Johnson and Bowman for sponsoring this legislation to protect our members’ right to free speech. – Duncan Crabtree-Ireland, National Executive Director of SAG-AFTRA

“Today, too many artists, almost always hip-hop artists, face allegations of wrongdoing that rely heavily on their words as evidence. Beyond disregard for protected free speech By the First Amendment, this racially targeted practice punishes already marginalized communities and their histories of family, struggle, survival, and triumph.Black creativity and art are criminalized, and this bill will help end it. We must protect black art. Kevin Liles, President and CEO, 300 Elektra Entertainment

“Creative expression is fundamental to good music and storytelling. Musical lyrics are entertainment – ​​like poetry or a movie script. We commend President Johnson and Rep. Bowman for their leadership on this legislation. – Dr. Menna Demessie, Executive Director of the Task Force for Meaningful Change and Senior Vice President, Universal Music Group

Young entrepreneur Nick Caster raises the bar and the house