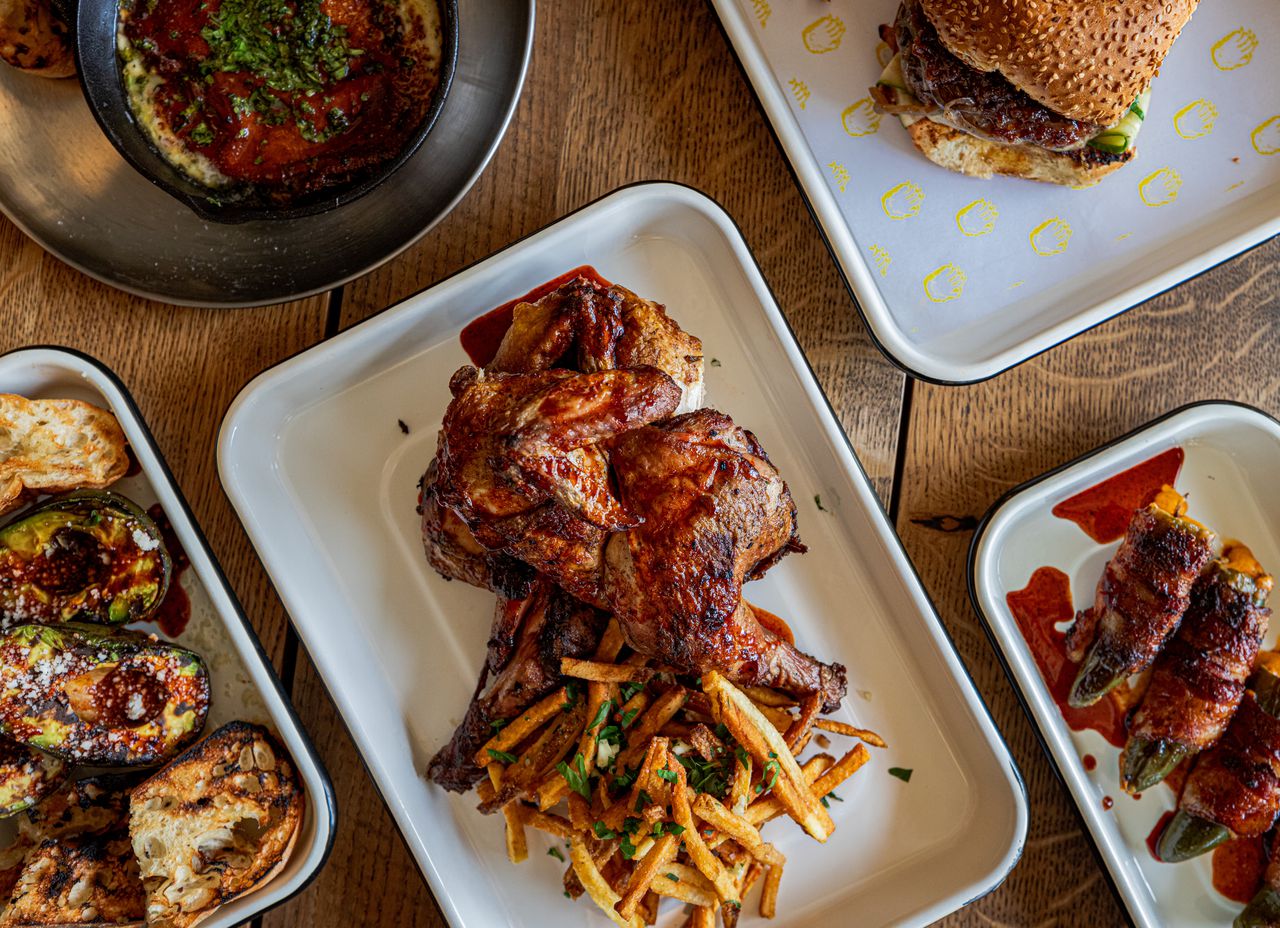 CLEVELAND, Ohio – On the theme of the great outdoors, Pioneer will focus on wood-fired dining at its Ohio City home. The new sports bar and restaurant will open Tuesday, June 14 at 2407 Lorain Ave.

The restaurant concept is owned by Harbor Bay Hospitality, a subsidiary of Harbor Bay Real Estate who built Intro Cleveland. Pioneer is located inside the huge apartment complex.

The 180-seat full-service restaurant and bar is adding another 120 seats to its patio, which includes an Airstream bar and outdoor fireplaces, according to a press release.

The drinks menu includes a collaboration with Platform Beer Company called “Bear Can Pilsner”, as well as other locally crafted selections and standard domestic beers that can be served as part of a “camp cooler” group offer . Cocktails include a ‘S’more Old Fashioned’, the whiskey-based ‘Smokey The Beary’ and an ‘In The Pines’ gin concoction.

“It tied in easily with the idea of ​​wood – the name, the menu, it was all about an instance where you would be forced to cook over an open flame,” said Dan Whalen, Brian Whalen’s brother and vice president. design. and development for Harbor Bay Real Estate Advisors. “The menu is really an American menu with a bit of a Latin flavor. We wanted to give a thumbs up to this Argentinian grill we have.

The idea is to offer something a little different from restaurants around Pioneer, Dan said.

“We wanted to make a splash,” Dan said. “We think a lot about menus [on that street] are somewhat ubiquitous. You see a lot of soft pretzels and hummus and the same old stuff, when you hop from place to place. But we see the volume Townhall is doing, down the street – and we saw an opportunity to compete.

Pioneer opens the same day as Edda Coffee Roasters, another concept owned by Harbor Bay Hospitality. The company has another Cleveland-based restaurant planned for the summer: Jaja, a small restaurant located at 2050 Gehring Ave., inside the Intro Cleveland building.

Editor’s note: This story has been updated to state that Pioneer is located inside Intro Cleveland.

Get the weekend off to a good start and Register for cleveland.com weekly “In the CLE” email newsletter, your essential guide to the best things to do in Greater Cleveland. It’ll hit your inbox on Friday morning – an exclusive to-do list, focused on the best of weekend fun. Restaurants, music, movies, performing arts, family fun and more. Click here to subscribe. All cleveland.com newsletters are free.