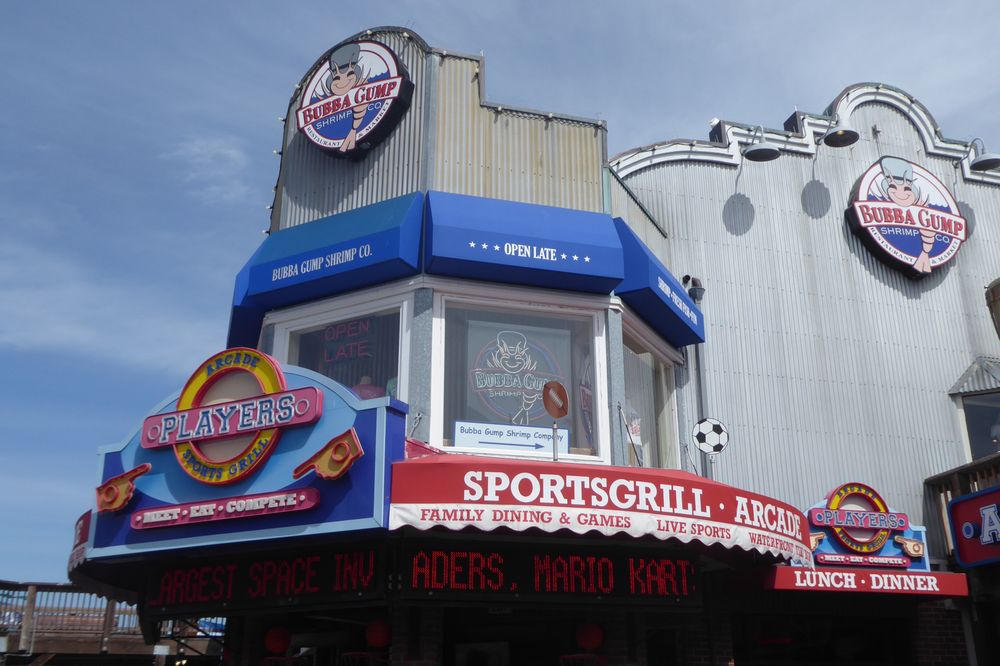 Pier 39 Sports Bar, a classic example of how the government screwed up COVID aid for restaurants

The federal government offered $28.6 billion in subsidies to struggling restaurants this summer. Then they ripped the carpet off restaurants that had already received the money and instead gave it to chains like Panera.

The business section of today’s New York Times features a profile and glowing photo of Fisherman’s Wharf bar Players Sports Grill and Arcade, which is normally cause for celebration for a company. But that’s no reason for this company to rejoice. The reason the players received a lengthy New York Times article is that they were among thousands of restaurants nationwide that were completely fucked up by the Restaurant Revitalization Fund, a $28.6 billion Biden government grant fund that withdrew grants from people who had already received money, and rewarded last-minute candidates and big chains over independent operators who spent weeks getting their ducks in a row.

“Government aid shouldn’t be a lottery,” Players owner James Hutton told The Times. The Times tells the story of how the restaurant in Hutton submitted a meticulously prepared application literally the minute the grant portal opened, but it was turned down. Meanwhile, a slacker who applied on the very last day received $1.8 million from the fund.

It’s not even the worst SF restaurant horror story with the fund. Some restaurant owners were told the government was giving them a million dollars or more, only to be slapped six weeks later with an email from the government’s Small Business Association (SBA) completely rescinding their promise.

SFist got that rejection email from the SBA, seen above. “We regret to inform you that due to recent court rulings, the SBA will be unable to pay your Restaurant Revitalization Fund award,” the email reads. “These lawsuits have led to three court rulings that prevent us from disbursing funds to you.”

The phrase “These lawsuits” refers to the lawsuits of a conservative troll group co-founded by Trump’s chief of staff, Mark Meadows (who is struggling these days), which successfully reversed the Restaurant Revitalization Fund’s focus on women, POCs and veteran-owned restaurants.

Broke-Ass Stuart reported in June that Emmy’s Spaghetti Shack had its grant canceled. Eater told how the veteran-owned Buena Vista Cafe was also I was hustled thanks to a grant already awarded, while Eater SF reported that the group of women-owned restaurants behind Marlowe, Petit Marlowe and Leo’s Oyster Bar were decreased by nearly $10 million that the SBA had already promised them.

And most infuriatingly, the Chronicle reported in July that cheesy chains Panera and Peet’s Coffee got $10 million each, which has not been cancelled.

Senate Majority Leader Chuck Schumer swore Congress would add more money to the program, but their summer break rolled around and it never happened. The executive director of the Independent Restaurant Coalition told The Times, “Congress has gone home, and their neighborhood restaurants and bars are closing.”

And now, with another wave of COVID looming, these restaurants are still alone and hanging by a thread.

Photo: William B. through Yelp

School security officer killed, 2 others injured in shooting in front of Astoria bar