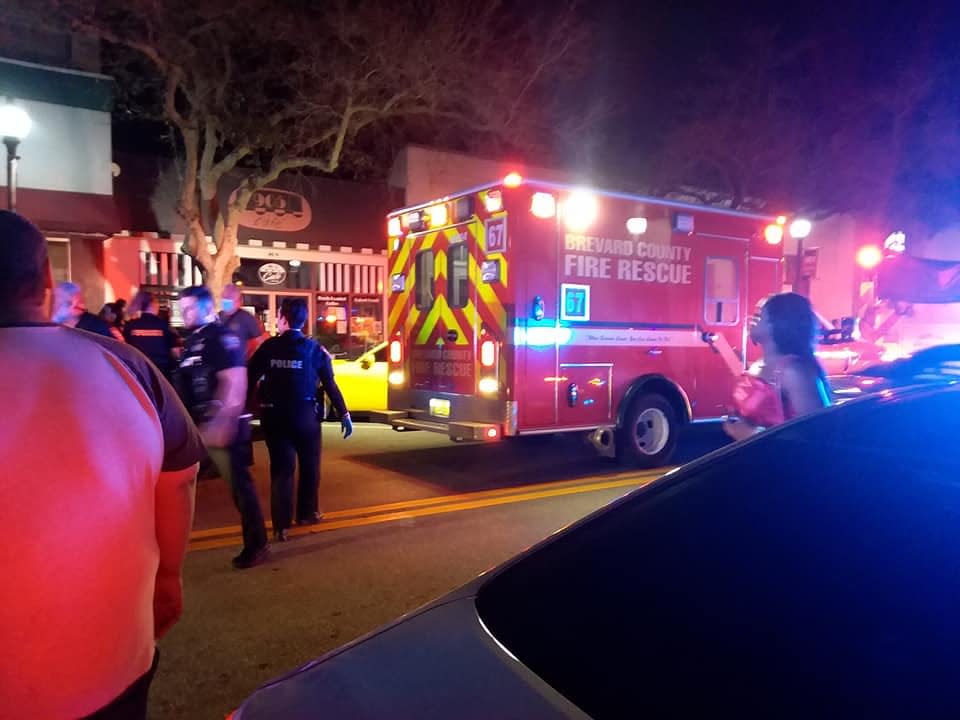 One dead, another injured after shooting at crowded downtown Melbourne bar

A 34-year-old man was shot and killed and another injured during a confrontation at a crowded downtown Melbourne bar early on Sunday, Melbourne Police reported.

At least four gunshots were heard by witnesses, prompting at least 350 patrons to run for cover from the Off the Traxx sports bar. The shots came from the dance floor, a witness said. Melbourne Police were looking for the unidentified shooter.

It was not immediately clear how someone entered the club with a gun. Bouncers usually use metal detectors to search for customers before letting them in.

The shooting happened around 1:10 a.m. at Off the Traxx, located at 918 E. New Haven Ave. Melbourne Police arrived within minutes and found two injured people inside. A man, unresponsive, was inside the business with gunshot wounds and bleeding. Hundreds of people streamed outside in confusion as officers entered the nightclub.

“I got out of there quickly,” said Jeff Navin, who was standing at the bar’s main entrance. “I heard about four gunshots coming from the dance floor. It was neck and neck. Lots of stumbling, people trying to get out.”

Continued: Melbourne Police are investigating shootings over three weekends, one of which left 5 injured

Paramedics treated the man and then transported him to Holmes Regional Medical Center where he was pronounced dead by doctors. Another person was also injured, a woman who worked in the trade. She was also taken to Holmes Regional but was recovering, Melbourne Police reported.

Detectives continued to speak with witnesses. It was not immediately clear if a weapon was in the business. The club has two entrances. It is not known whether the incident was caught on surveillance cameras.