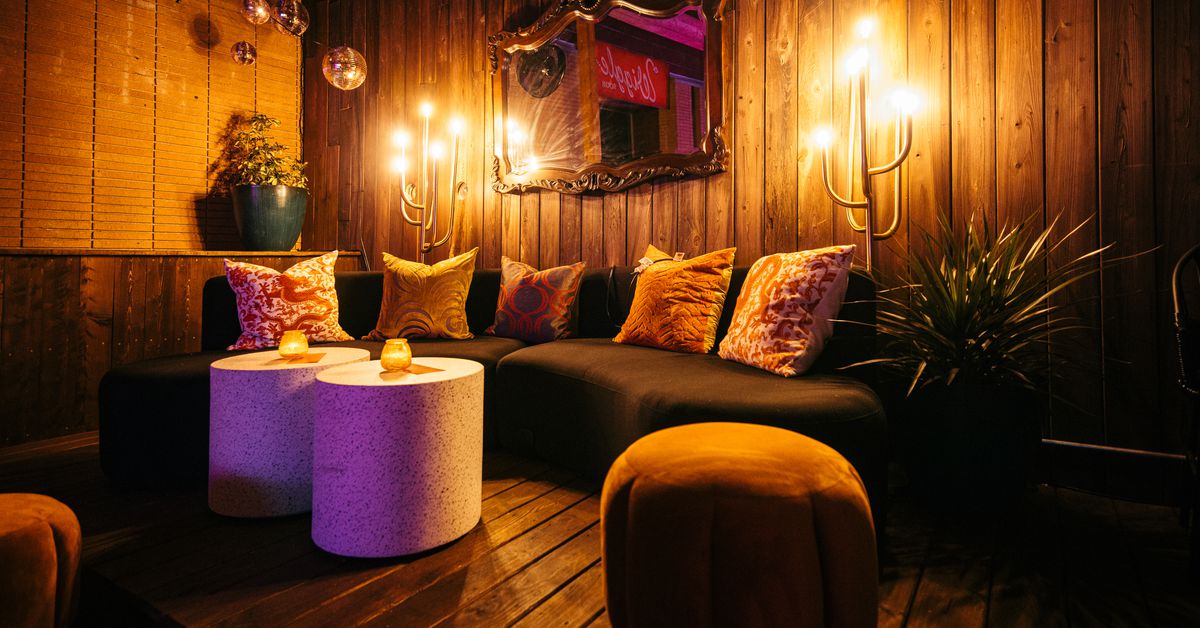 A new West Texas-themed bar from the Ranch 616 group has opened in downtown Austin. The Wiggle Room opened at 612 Nueces Street in the West Sixth neighborhood between sister bars Ranch 616 and Beez Kneez/Cat’s Pajamas.

Wiggle Room will focus on cocktails, with spinning classics (the restaurant group’s famous Ranch Water is on tap) and inventive creations like La Pistola Rosa with tequila, pisco, Cocchi rosa, hibiscus, lemon, pepper jelly and cocoa. There is also wine and beer. The drinks menu comes from bar manager Howard Franklin Holthoff, formerly of the hit cocktail bars Drink Well and Midnight Cowboy. Food-wise, there will be snack mixes and Frito pie while supplies last.

A press release called Wiggle Room the “eccentric uncle” of Ranch 616. The decor, by Leslie Fossler, Rose Barnett and the late Kevin Williamson, reflects this with snakeskin booths, a disco ball and a private room called Zebra Den. There are indoor and outdoor seats.

The bar was a longtime project of the charismatic Williamson, who opened Ranch 616 in 1998 and died late last year. The restaurant group is now owned by partners Pam Blanton (owner of PR firm Blanton Public Relations), Katherine Clapner (who is also co-founder of Dallas-based Dude’s Sweet Chocolate), and Tony Trungale.

Wiggle Room opens in the former Rattle Inn space, which has been split into three bars, two of which opened in 2018.

Although walk-in spaces are available, reservations are recommended. They are open from 5 p.m. to 8 p.m. from Sunday to Thursday and from 5 p.m. to 10 p.m. on Friday and Saturday.