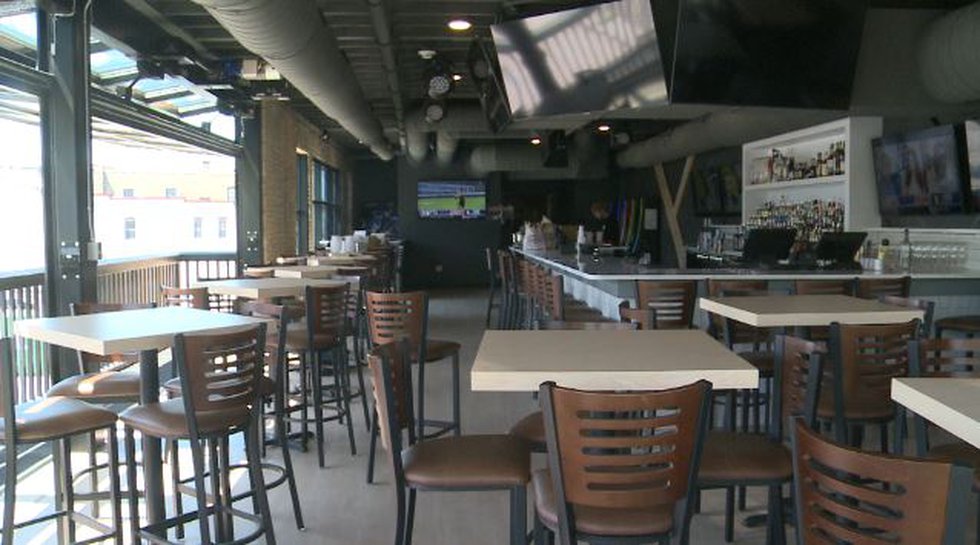 FARGO, ND (Valley News Live) – As two doors close after years in the community, another is opening Thursday for the first time.

District 64 on Broadway and NP Ave. welcomed its first guests early Thursday afternoon to its upstairs open-air concept that overlooks downtown Fargo, with the first-floor nightclub slated to open in the coming weeks.

It’s been a long road for Rachel Ilogu and her team to get to this day.

“We had a lot of setbacks,” Ilogu said. “We’ve been ready for this for a long time and it’s exhilarating that it’s finally here.”

“Everything just took longer, so we are, it’s a sigh of relief,” she said.

According to Ilogu, District 64 has yet to address staffing shortages. She says she has received an influx of applications and already has a strong team on board.

Meanwhile, businesses like Borrowed Bucks and Moorhead’s Speakeasy Restaurant announced on Wednesday they were closing soon due to a shortage of staff. And Lyons Bynum, owner of the new “Fish and Chicken Shack” in North Fargo, says he does the work of five people day in and day out. He says three people quit soon after he started and says there were no promising new candidates on his doorstep.

And places like the Tavern Grill and Kingpinz are in desperate need of help, as each advertises $1,000 hiring bonuses for waiters and cooks.

Ilogu says that as the owner of another business in town, she knows District 64 is lucky to have a full team, and she says she hopes it stays that way.

“Fingers crossed, we haven’t felt it yet, but believe me, we know what’s going on. We know. It’s hard, but you can’t be afraid to try new things just because there will be challenges, otherwise you would never try,” Ilogu said.

Ilogu says District 64’s first-floor bar will have a live DJ every Friday and Saturday night, and has two VIP sections with bottle service available that can be booked for any occasion.

“One thing we really missed was just this really hip dance party venue. There really is nothing like it in downtown Fargo,” she said.

She says she hand-created the cocktail menu, which is themed around prize-giving and flights of uniquely flavored Moscow mules. For the next two weeks, Ilogu says only the upstairs will be open to make sure everything runs smoothly until the disco is added into the mix.

“Downstairs is where you’ll end up when you’re just ready to party,” she smiles.

Ilogu also says a full kitchen is set to open this fall, but for now District 64 is just getting started with small plates and appetizers.