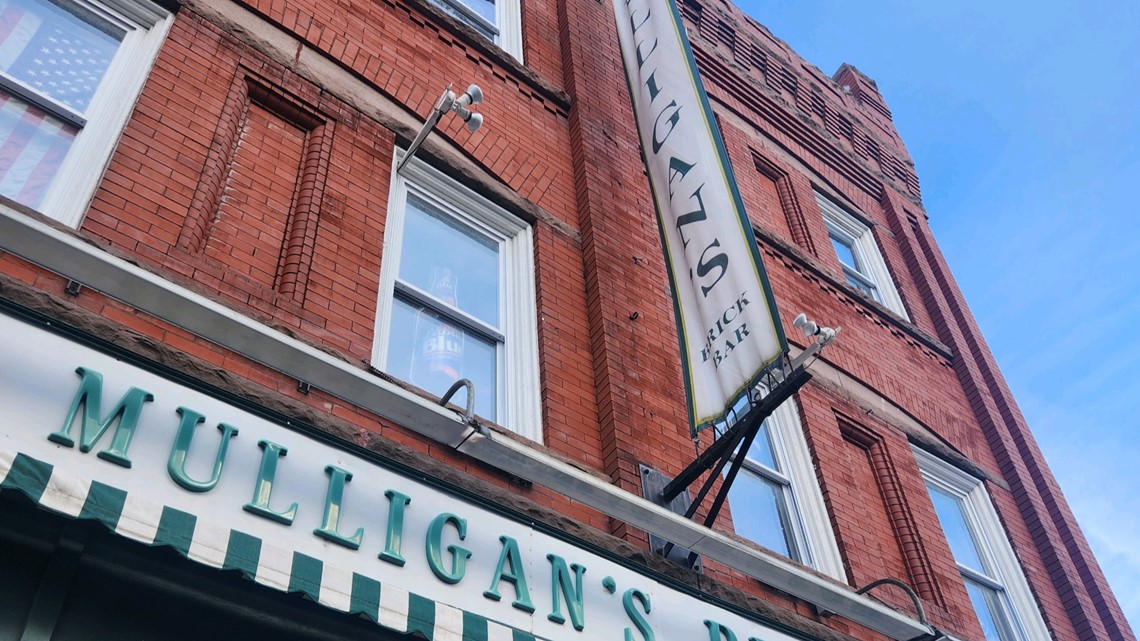 Mulligan’s Brick Bar: Generations of stories on the selling block

BUFFALO, NY – The saying goes “if these walls could talk,” and I speak for many in saying, thank goodness they can’t. I’m talking about Mulligan’s Brick Bar. It’s a building that dates back to 1897 and has had a long history as a tavern, speakeasy, and even private residence. It is also a place that has been a rite of passage for generations. And now, The Brick Bar, is on the sales block.

“I wasn’t sure what the response was going to be, but it was so positive and people kept coming, everyone has a Brick Bar story,” said real estate agent Carmelo Parlato of Gurney, Becker & Bourne.

Although he didn’t feel comfortable sharing his favorite Brick Bar story, I revealed to him that I used to do trick-or-treating in the bar when I grew up around the corner . It’s true, everyone has a story.

From nights out with friends to Elephant Head above the bar, to Old Vienna splits, sold by the case, this place holds fond and hazy memories for literally generations of western New Yorkers.

For current owners Bill Reagan and Kim Rossi, this story begins in 1998, when they moved from New York to Buffalo in search of a better quality of life. Bill had been to Queen City with his cousin over the years and even recalled fond memories of The Brick Bar. Once they decided to settle here, they scoured the newspapers for business opportunities. A very simple advertisement jumped out at them, “tavern for sale”, accompanied by a telephone number. They called the number and, you guessed it, the phone rang here at The Brick Bar, it was fate. Fast forward nearly a quarter of a century and they’re ready to move on, pass on Mulligan’s torch and retire.

Parlato says the story is what attracted a lot of potential buyers. “First he got his liquor license after prohibition in 1934, prohibition ended in 1933. Before that there was a speakeasy on the 2nd floor so it was always a bar .”

The 2nd and 3rd floors are mostly empty. During prohibition and before, the 2nd floor consisted of 2 apartments and a separate speakeasy and ballroom. The building is in the Allentown Historic Preservation District, which means the business and building are eligible for the full 40% historic tax credits.

So as this iconic Buffalo piece hits the market, with a price tag of $2 million, regulars across town and country will no doubt be swapping stories from days gone by. The good, the bad and the ugly of their days, nights and early mornings in this Allentown landmark.