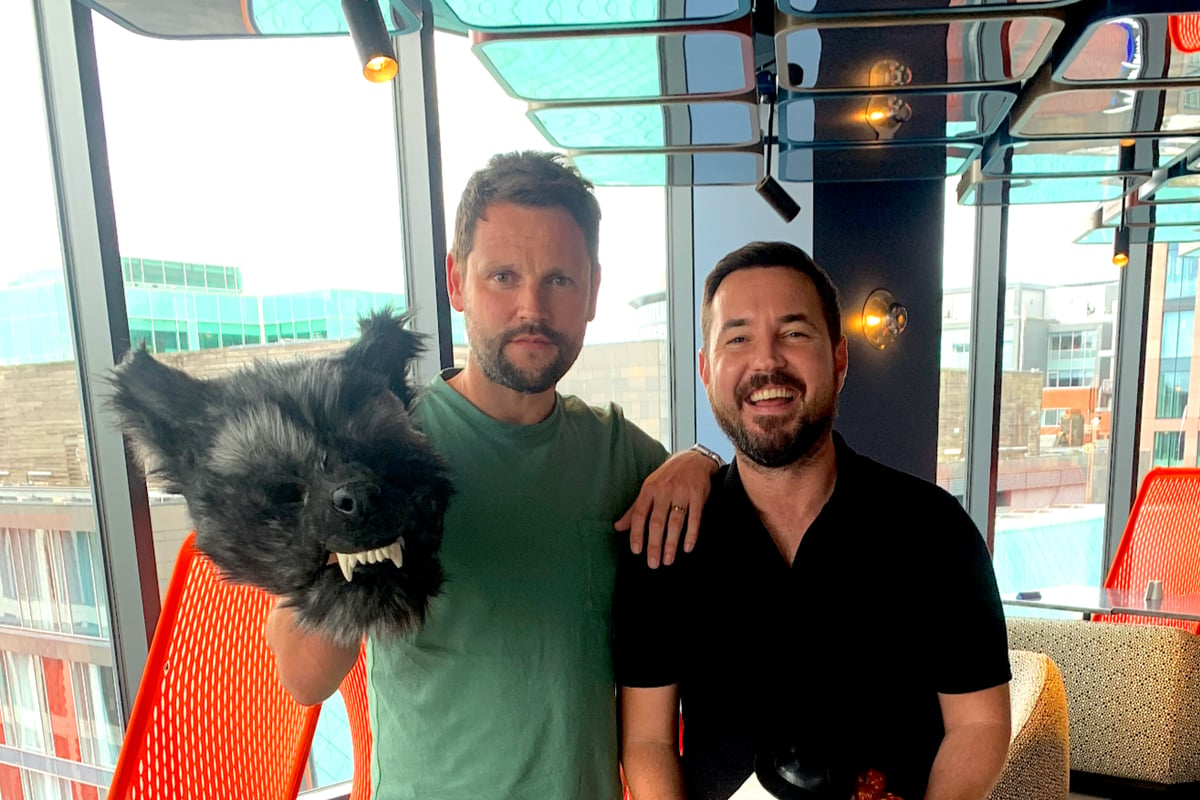 The broadcaster and Line of Duty star visited one of the city’s rooftop bars.

Glasgow’s rooftop bar VEGA received a visit from two Scottish stars last week as Martin Compston and Gordon Smart stopped by the giddy restaurant for chicken wings and a ride in the venue’s famous disco lift.

In town to record an episode of their new ‘Restless Natives’ podcast, TV star Martin Compston and broadcaster Gordon Smart made a quick visit to YOTEL Glasgow’s VEGA bar and restaurant during a media tour.

Known to be a big fan of chicken wings, Martin was treated to a selection of the best Buffalo and BBQ flavored chicken wings from VEGA. The two podcasters tested their spice tolerance with the wings, cleaning their plates before heading out to record their new episode.

Visiting Glasgow to record a new episode of their ‘Restless Natives’ podcast, Martin Compston and Gordon Smart enjoyed a ride in the venue’s immersive disco elevator – complete with interactive lights and sounds.

The duo’s new podcast, available on Global Player, is named after the Scottish cult classic film “Restless Natives”, with Smart and Compston taking inspiration from the film characters The Clown and The Wolfman. The weekly podcast is an exploration of friendship, families and Scottish stars’ lives between London, Scotland and Las Vegas, and will see the duo recount some of their most famous adventures while planning many more. .

For more information or to make a reservation at VEGA, visit vegaglasgow.com or email [email protected]

Top of the East cocktail bar in Portland, Maine set to reopen