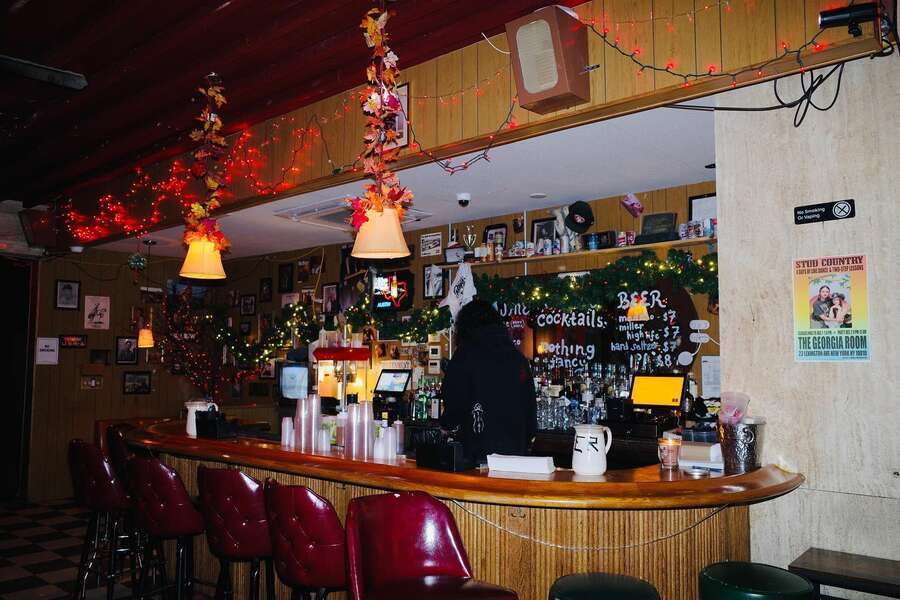 Lower East Side dive bar hotspot Ray’s is hosting its first concept pop-up this weekend in Austin during the South by Southwest Film Festival. Famously co-owned by big names like Justin Thereux and Nicholas Braun, the concept is a trial run for a potential second location in Austin, according to Eater.

For two nights only, Ray’s will launch its temporary home at 607 Blanco Street in residential space on Friday, March 11 and Saturday, March 12 from 5 p.m. to 2 a.m.

Teaming up with Austin-based Shift Change Thrillist award-winning Bad Larry Burger Club and dating app, Bumble, Ray’s pop-up boasts coverless entry plus free food and drink to mimic the energy of a low-key party at home. After a few rounds of no-frills cocktails at the Little Brother bar, starting at 7:30 p.m., you can pick up a highly sought-after Bad Larry smashburger.

The space, designed by artist Matt McCormick, echoes the aesthetic of their New York base with leather booths, checkerboard floors, and an orange pool table. In addition to the on-site tattoo, live music and dance floor, limited-edition Ray’s Texas merchandise will be available for purchase.