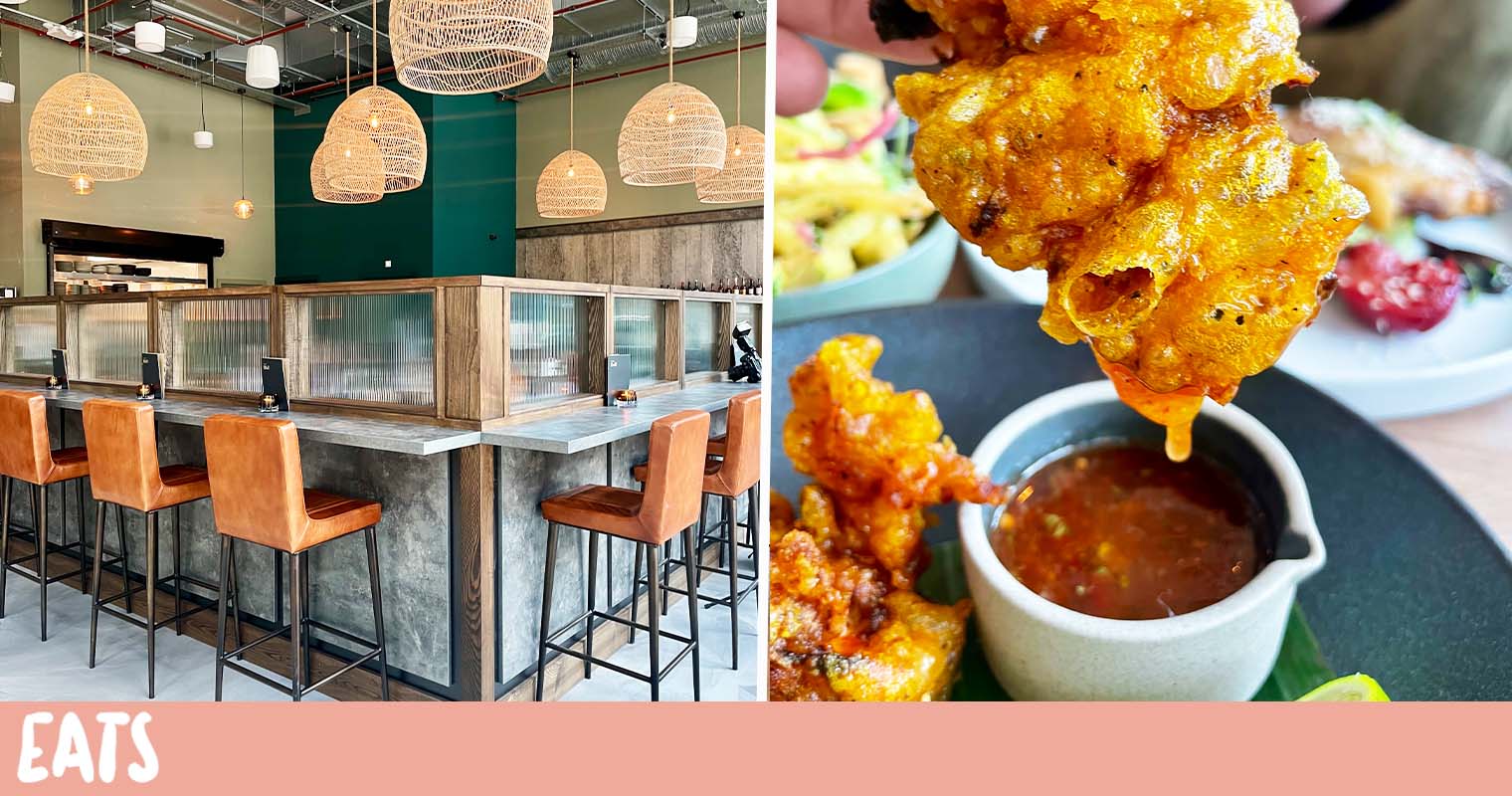 A massive new bar, live music venue and late-night restaurant has just tentatively opened on Manchester’s Oxford Road ahead of a swanky launch this Friday.

Spread over three floors, a 600-capacity underground club will host a mix of live concerts, panel discussions and club nights, with a members-only mezzanine and a late-night bar open until 4 a.m. morning, seven evenings a week.

Upstairs, a sleek restaurant and bar from the same team behind the city’s South American restaurant Peru Perdu will serve a globe-trotting menu of crowd-pleasing small plates, as well as a long drink list of inventive appetizers, highballs and sunsets.

From spicy chinola, a spicy blend of scotch bonnet, passionfruit and vanilla, to a “frozen nuclear daiquiri” made with Wray & Nephew, green chartreus and citrus, the restaurant’s bar menu is worth checking out.

Highballs include Pineapple Plantation Rum with mint and kombucha, a refreshing Belvedere lemon and basil with yuzu sake, pistachio and lemon tonic, and cafe torino – a blend of Mr Black’s amaro coffee with sweet martini and soda.

Elsewhere on the drinks front, you’ll find a good selection of wines, beers and soft drinks, as well as different spirits to order.

As for the small plates, which cover everything from fish and chips to steamed shrimp and pork dumplings, there really is something for everyone here – although we have to bemoan the fact that there is no there are no chopsticks to eat the dumplings.

Right in the heart of university land with a multitude of international students living above, the menu seeks to cater to global tastes. This makes it an ideal choice for difficult friends, as no one can look at the varied list of over 30 dishes and decide there is nothing for them.

Other choices include flank steak with roasted tomatoes and chimmichurri, green pea hummus, Thai fishcakes and a good range of sandwiches ideal for a quick but hearty lunch. As they say, lots of choices.

The new venue is currently in its soft launch period with 50% off small plates until July 6. It’s also preparing to launch a new breakfast menu, which will also be available to diners at a discount from July 11-17.

Membership is priced at £15 a month for those under 30, including perks like two free concerts a month, free guest passes and access to invite-only parties, plus entry to the members-only bar at 4 a.m. and access to the best views. via the members’ mezzanine. Prices for over 30s start at £25.

Read more: New restaurants and bars are opening in Manchester this month | July 2022

Members will also have access to the event guest list, priority reservations and restaurant discounts – all while being part of the community with a say in key decisions within the club.

All Canvas sites will be fully open to the public from Friday July 8, while later this summer a plunge pool and sauna will be added to the expansive site.

Nakkiah Lui on Bill’s Corn Fritters, her favorite karaoke bar and where she goes for martinis and fries

Nelly continues to raise the bar as an artist, businessman |