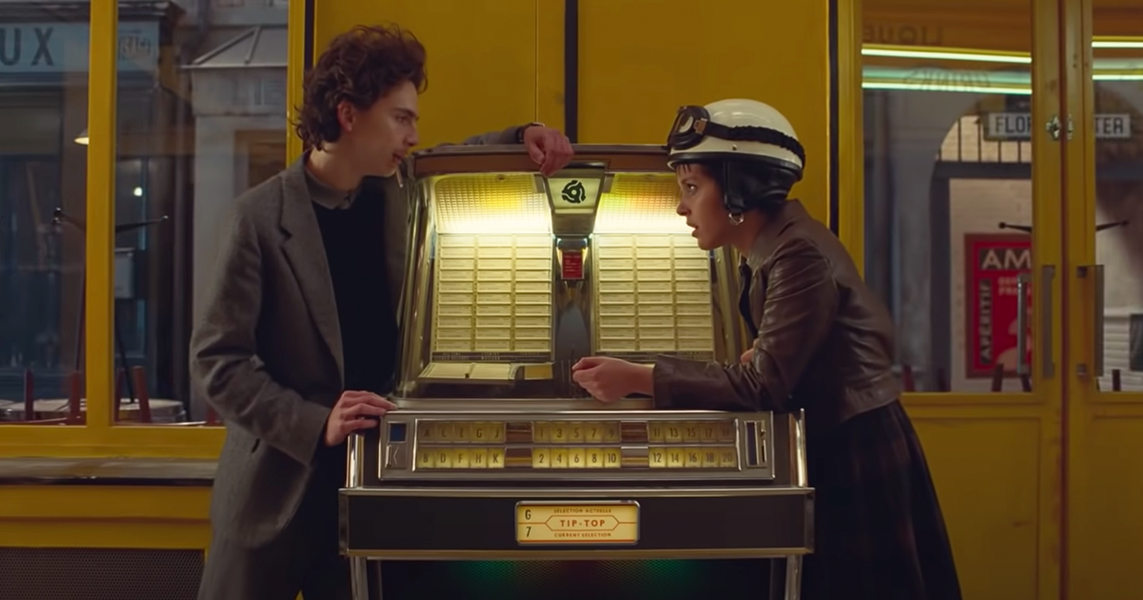 Just before the pandemic ended the world, I was in Milan on a family vacation, determined to have a drink at one place in particular: Bar Luce, at Fondazione Prada, designed by none other than director Wes Anderson. himself.

Stepping into Bar Luce, which opened in 2015 and doubles as a café during the day, is like immersing yourself in one of Anderson’s films. The walls are covered with a trompe l’oeil wallpaper designed to give the space both gravity and symmetry. The pastries seem to be able to be served by Mendl’s Bakery from The Grand Hotel Budapest. Two pinball machines, one featuring Steve Zissou and the other featuring an illustration of Jason Schwartzman in a racing driver outfit from an Anderson short, are prominently displayed to remind fans that they are in the world of the director.

Anderson said in a statement on the Bar Luce website that “the approach I used to design this bar is the exact opposite that I usually use for the sets in my films. I tried to make it a bar you’d like to go to five times a week. ” Still, it fulfills the dream of being immersed in one of Anderson’s films, and it’s the first thing that came to my mind when I saw The French dispatch, now in theaters, at the New York Film Festival earlier this month.

Now, the work of DeAngelo and set designer Adam Stockhausen is recreated in New York this weekend in the Whalebone on Bleecker space, which once housed a collaboration pop-up with Instagram account Accidentally Wes Anderson, proving the desire to live in one of the director’s separate spaces is strong. On opening night, guests sipped 75 French cocktails and champagne while beret-clad waiters circulated tiny caviar, gravlax and steak tartare appetizers that were so delicately crafted. that they looked like Anderson had designed them himself. In the bright yellow rooms, participants had portraits drawn, played chess, and contemplated replicas of the movie’s pinball machine and jukebox. I ran into DeAngelo who admitted that the space was a perfect replica of his work on set. It was an opportunity for others to get a taste of the same experience she had while filming. “The greatest thing about it [project] it’s like I have to be in a Wes Anderson movie every day, which is so weird, ”DeAngelo says.

As you might expect, Anderson had a clear idea of ​​what he wanted his sets to look like before DeAngelo and Stockhausen started their work. Not only had he scripted every scene, but he also gave his team a list of movies to watch for inspiration, which they could draw from with the library of reference photos tracing Paris from reconstruction to the 1970s. No kidding, DeAngelo turned to Godard’s films Keeping to himself and Live your life, then weighed down antique dealers, second-hand shops and liquidators throughout Paris for decoration. (She had the ceramics made to measure in Limoges, the French town famous for its porcelain creations, for production.) “I wanted green and red Formica,” she explains. “I wanted ugly 70s paneling in many ways; lots of mirrors.”

Symmetry is crucial for Anderson’s compositions, so DeAngelo made sure to always have an even number of elements. “You’re starting to see into a Wes brain,” she said. “You can’t see like that anymore.” Even for centerpieces like the jukebox and pinball machine, DeAngelo provided the director with a number of options that could fit the concept better. The pinball machine they chose was taken apart so that it could have the specific graphic designs Anderson wanted inside, and while the right jukebox, scaled down from the “20 or six” options, was meant to showcase the Tip-Top songs (Jarvis Cocker), didn’t work at first, it finally got in order.

When we spoke via Zoom, I asked DeAngelo if Anderson was ever self-referential in his instructions, but she doesn’t remember Anderson ever mentioning Bar Luce. “He’s always trying to create something new,” she says. But Luce and The No Joke, the one on set and the one briefly in New York City, fake the fantasy of walking into a Wes Anderson cafe, where everything is just a little more precise and a little cooler than in real life.

Out and about on WRAL.com