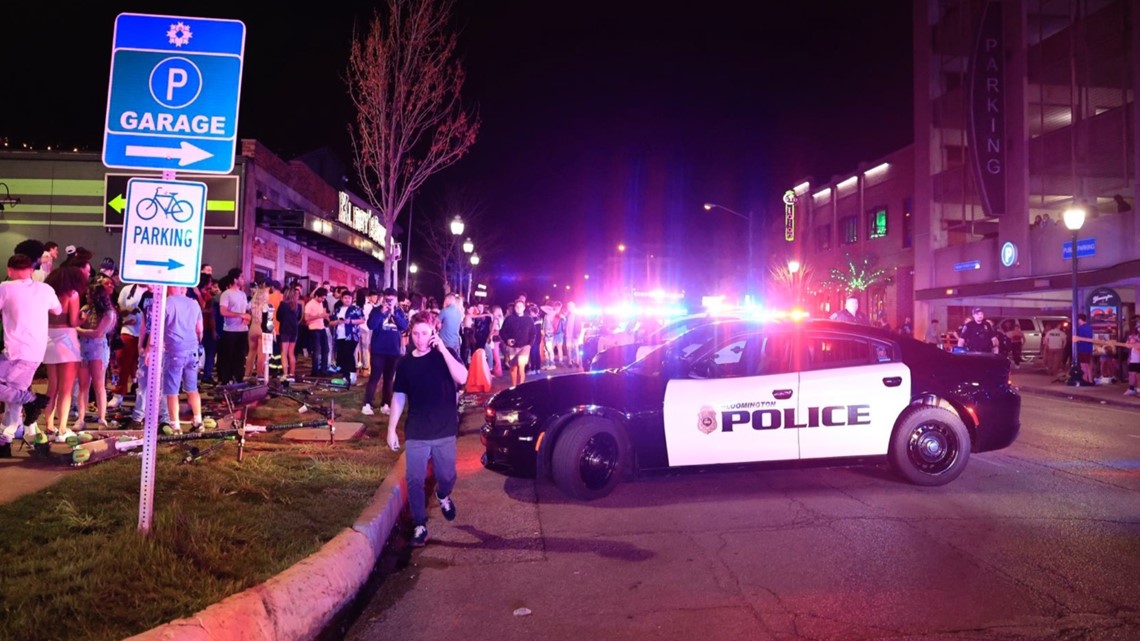 Three men were shot dead inside Kalao Night Club on North Walnut Street just after 1am on Saturday. Shortly after, another man was found shot dead nearby.

BLOOMINGTON, Ind. – Bloomington police are investigating two shootings that occurred early Saturday downtown, one at a North Walnut Street nightclub and the other in an alley two blocks away.

Bloomington Police told 13News the first shooting occurred on the lower level inside Kalao Night Club in the 300 block of North Walnut Street around 1:10 a.m. Saturday. Several bullets were fired inside the backbar area and three men were shot, one in his pelvis and two in their thighs.

All three were taken to IU Health Bloomington Hospital for treatment. The police did not share their conditions.

#BREAKING: Bloomington police responded to shots fired inside Kalao nightclub around 1am. Awaiting information from the police on possible victims and the search for possible suspects. @WTHRcom pic.twitter.com/iQDhhicMSt 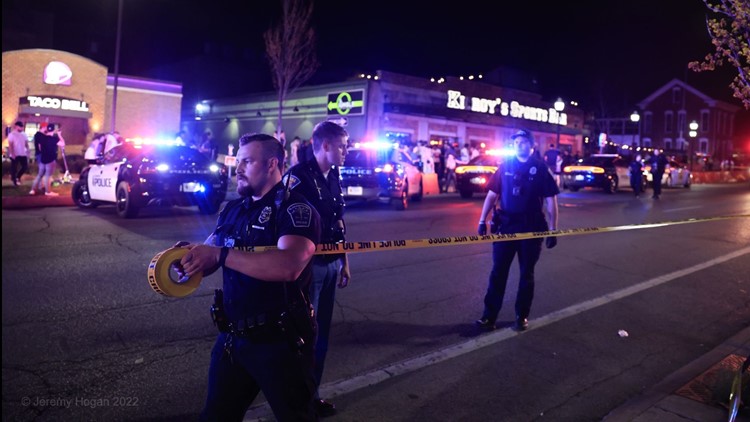 The second shooting reportedly took place in an alley southeast of the nightclub between Kirkwood Avenue and 6th Street. A man was found injured in the abdomen and taken to hospital. The police dispatch received a call that he was shot in a parking lot near the intersection of 6th and Lincoln streets around 1:30 a.m.

His identity and condition were not shared by police, who described him as 26 years old. Police said officers found him in the passenger seat of a car.

The men shot in the nightclub were aged 41, 26 and 22. Police said they were outside the club on the street, but investigators determined they were shot inside the club.

Investigators have not determined whether the shooting at the club and the shooting in the nearby alley were related.

UI Emergency Management tweeted at 2:43 a.m. that there was a “dangerous situation” near Arboretum/10th and Eagleson, urging people to avoid the area.

Bloomington UI Alert! A dangerous situation is occurring near Arboretum/10th and Eagleson. Stay clear of the area. Update to follow. Call 911 for any information.

Shortly after, the agency tweeted againsaying that a pursuit of two suspects related to an off-campus shooting was taking place on the IU campus.

IU Bloomington alert: Police are pursuing two suspects on campus involved in an earlier off-campus shooting. Shelter in place and call 911 for any information.

At 3:48 a.m., IUEMC said University Police had suspects in custody, but were still pursuing another suspect on campus and those on campus were to remain in shelter-in-place.

IU Bloomington Update: IUPD Has Suspects In Custody; keep chasing another one. Shelter in place and call 911 with information on past off-campus shootings.

At around 04:15, the IUEMC said the threat was no longer imminent, but the investigation was ongoing. The tweet asked those in the area to remain vigilant, but this shelter-in-place was no longer requested.

Bloomington UI Final Update: Investigation is ongoing. The threat is no longer imminent. Go back to normal routine but stay alert.

Anyone with information about the Kalao shooting is asked to contact Detective Jeff Rodgers at 812-349-3318.

Anyone with information about the alley shooting is asked to contact Detective Jon Muscato at 812-349-3325.

This story will be updated as more details are confirmed.

“Lolo” caught in a video bar