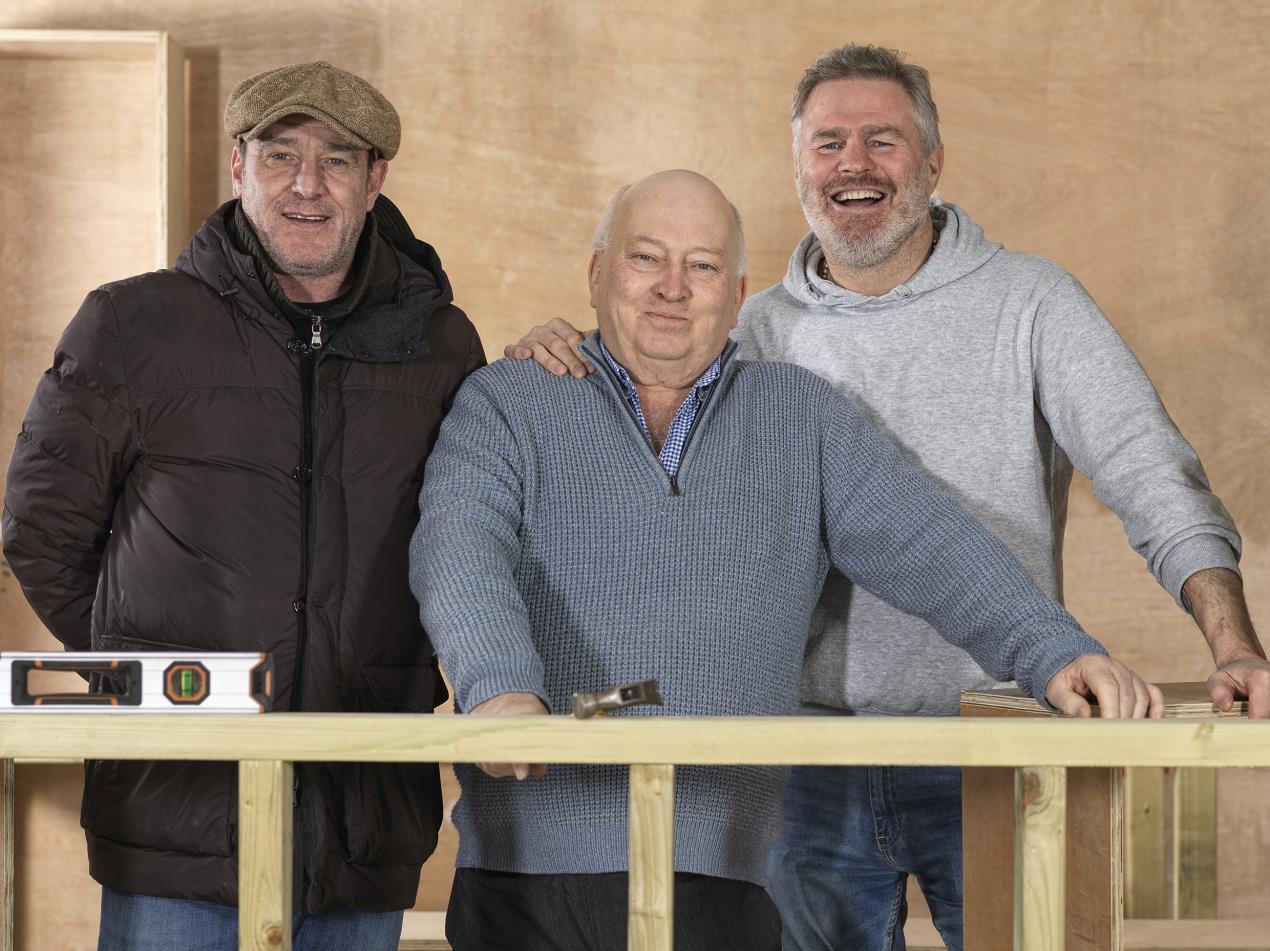 The Tyneside boxing giant who fought some of boxing’s most famous names and then became a presenter providing commentary on the biggest fights, has met hobby group owner Alan Forward – a lifelong boxing fan – few years ago. He has visited Stonham Barns Park on several occasions and is now helping to develop a new sports bar based there in his name. The Glenn McCrory Sports Bar is due for completion at the end of April and will not only form part of a new clubhouse for the holiday park, but will also be the setting for celebrity sporting events covering a host of sports including darts, football, rugby, cricket, horse racing and motor sports. Plans are already in place to replicate some Las Vegas style events as well as family activities with tickets now available for an evening with… world heavyweight boxing giants Larry Holmes and Gerry Cooney.

Speaking about the new facility during his recent visit to Stonham Barns Park, Glenn McCrory said: ‘I have so much admiration for the work that has been done here at Stonham Barns Park to develop the venue into a place that brings joy to so many people. It is a truly vibrant family destination and the new Glenn McCrory Sports Bar is another facility for visitors and the local community to enjoy. It is proposed to be a hub for sports fans and visitors of all ages and walks of life, providing a place to relax, refresh and attract other sports personalities for visitors to do experience – to include special ‘guest nights’ throughout the year.’

“It’s such an honor to have this multi-sports bar dedicated to my sports career. It’s very humbling and I want to support him in any way I can. It will be a place to watch sports highlights and reflect on the highs and lows of a variety of sports. If it encourages a single rising sports star to aim for the top with a visit to the bar, it will be worth it!

Alan Forward added: “The new Glenn McCrory Sports Bar will be at the center of all things entertainment at Stonham Barns Park. We are so happy to have the support of this great boxing hero who wants to give back to the people who made him the star he is today. He was inspired by his family when he was struggling to get to the top and he is still focused on family values ​​today. He is a friend and ambassador for Stonham Barns Park and we are delighted to be working with him to launch this exciting concept.

Glenn watched his first boxing fight when he was 12 years old. It was Mohammed Ali against George Foreman – and he saw Mohammed Ali claiming he was going to win the fight before stepping into the ring. That single match inspired Glenn to become a boxer. He turned professional at just 18 and went to his first professional fight in London. A boy from Tyneside, he had never been to London and had never seen a professional fight live – yet he found himself in the ring.

13-14 fights later and still undefeated – he kept pushing and fighting hard – he took a fight he shouldn’t have been in – got knocked out and his manager let him down after the getting put in fights he couldn’t win. Glenn fell ill, returned home, and lost weight during a short illness. Muhammad Ali said: “Notice my words” – you will be world champion one day! Glenn realized he had to have the talent to do it for him to say that – he was just in the wrong weight class. He got a new manager later and fought at a new weight. He won the Commonwealth title and the British Championship title. Evander Holyfield resigned the title at the time – and Glenn knew it was finally time to aim for the greatest title of all – World Champion.

This legendary fight took place in Stanley, Co Durham, his home town in front of thousands of local fans. He achieved the impossible by winning the world title he had dreamed of since the first time he stepped into the ring. Throughout his boxing career, Glenn has been buoyed by the immense support of his family and the love for his adopted brother David. David was not well; he had a life expectancy of 16 but lived to be 29 and had a front row seat on that infamous night Glenn won the world title. He felt he had won the title for David and for his family – as well as for the people of Stanley. Ed Waugh’s 2019 theatrical production “Carrying David” is based on Glenn’s life as a boxer – Glenn used to “carry” David to school – and stars Micky Cochrane in the lead role. It is hoped that this production will also come to the Aspal Theater on site at some point later in the year.