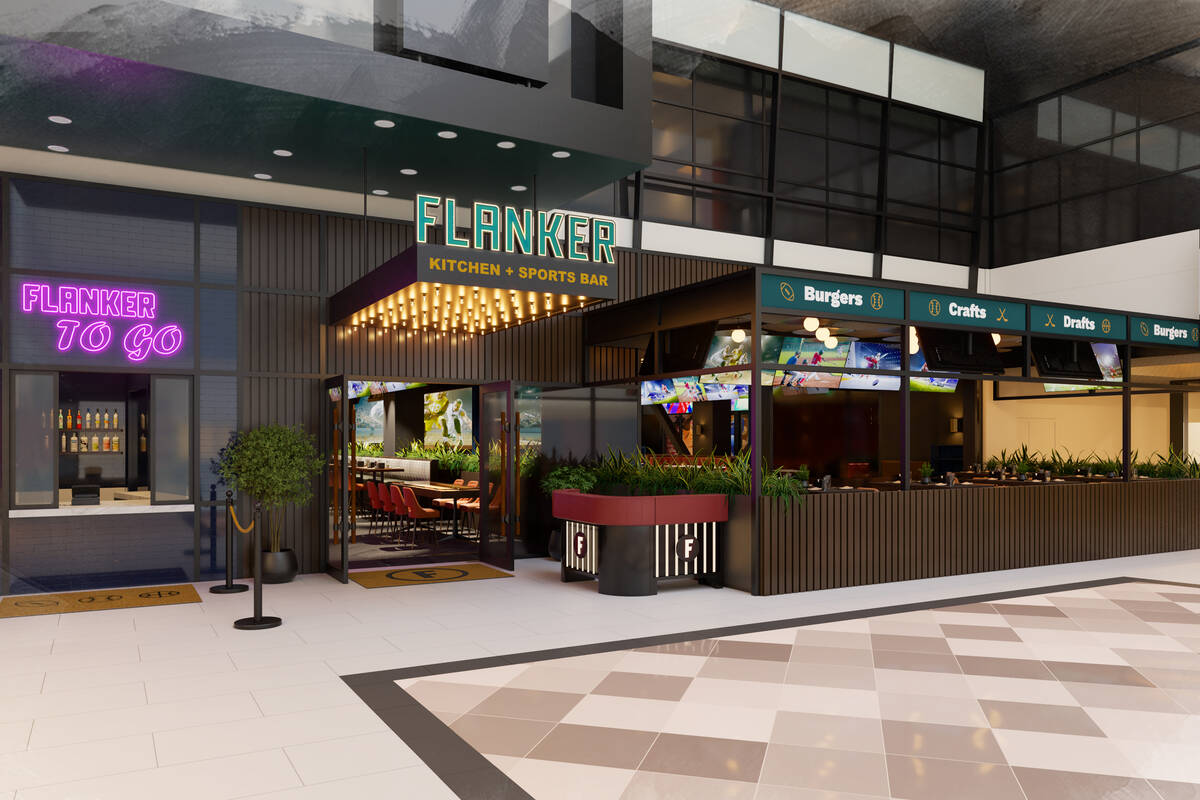 Carver Road Hospitality, the Vegas-based company that opened Carversteak in Resorts World, just announced the planned summer 2023 debut of Flanker Kitchen & Sports Bar in Mandalay Bay. The restaurant will be located at the entrance of The Shoppes at Mandalay Place, just steps from the driveway leading to Allegiant Stadium.

Flanker Kitchen will feature five distinct dining areas: a 102-seat main dining room, a 66-seat sports bar and lounge, and a 56-seat private dining room, all of which can be configured as one, two or three private spaces . There is also a 19-seat karaoke and a 24-seat dining room and patio.

Flanker’s extensive menu of fine American dishes includes salads and bowls; scratch-off burgers, mini-burgers and tacos to share; and weekend brunch. The “Flanker To Go” showcase will serve take-out food and drink for sports fans traveling to and from Allegiant Stadium.

“As the sports scene in Las Vegas has evolved with the arrival of professional teams in town, the concepts of sports bars and grills have also evolved,” said Sean Christie, co-founder and CEO of Carver Road Hospitality. “Flanker Kitchen & Sports Bar will strive to be the next generation leader in providing an accessible premium dining, drinking and sports experience.”