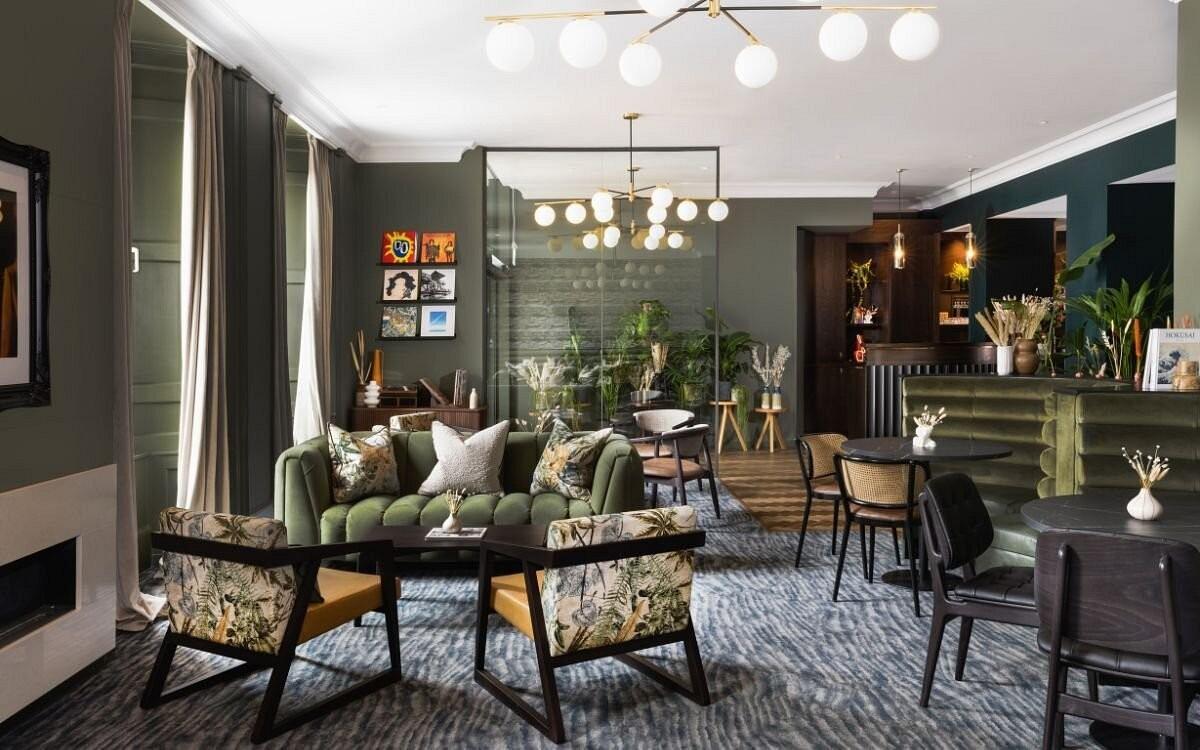 No more boring Scandinavian-style neutrals at the Native in Edinburgh.

The Queen Street aparthotel has just reopened after a 14-month £500,000 redesign that transformed public areas and 82 apartments, which consist of Studios, One Beds and Premium One Beds. They also added a new speakeasy bar, The Counter, and a cultural program.

Register to our daily newsletter

According to them, the design of the renovation of the Georgian building’s interior was inspired by famous inventors, including Helensburgh-born television designer John Logie Baird, Sir Alexander Fleming, famous for penicillin, and William Cullen, who invented the refrigerator.

Apparently they subtly referenced them through decor, artwork, and gimmicks, but likely without the use of actual TVs and fridges.

Olivia Immesi, managing director of Native, which has 11 properties in the UK, including one on St Vincent Place in Glasgow, says; “Each Aboriginal site celebrates the best of its surrounding region and Native Edinburgh’s refurbishment reflects the city’s history and emphasizes local culture to connect guests to the city whether they are visiting or stay longer.”

The colors of the rooms reference the amber tones of whiskey, and the teal hue of the lobby is an homage to the night sky. This room also includes botanical soft furnishings that pay homage to the Royal Botanic Gardens and wallpaper created by Edinburgh designer Mairi Helena.

The counter used to be a white and beige space, but now it’s filled with lots of overstuffed sofas, botanical wallpapers, and printed rugs.

This is designed as a space for coffee by day, with cocktails by night. On the menu, classics like an espresso martini or a negroni, but also some more interesting creations, including the Hippy Fizz with gin, patchouli leaf and pineapple shrub, or a Disco Baby, made with vodka, watermelon, lemon thyme and soda.

Their menu consists of casual options, with breakfast served from 8 p.m. to 12 p.m., and sandwiches, including one filled with Highland Blue Murder cheese, pear, walnuts and arugula, from 12 p.m. to 4 p.m. As the Edinburgh Festival Fringe approaches, The Counter’s late-summer cultural program will include neo-soul jazz nights, DJs and poetry readings.

It’s 3 a.m. Does your neighborhood bar still have to be open? | The city

Homa Bay woman kills her husband in a bar