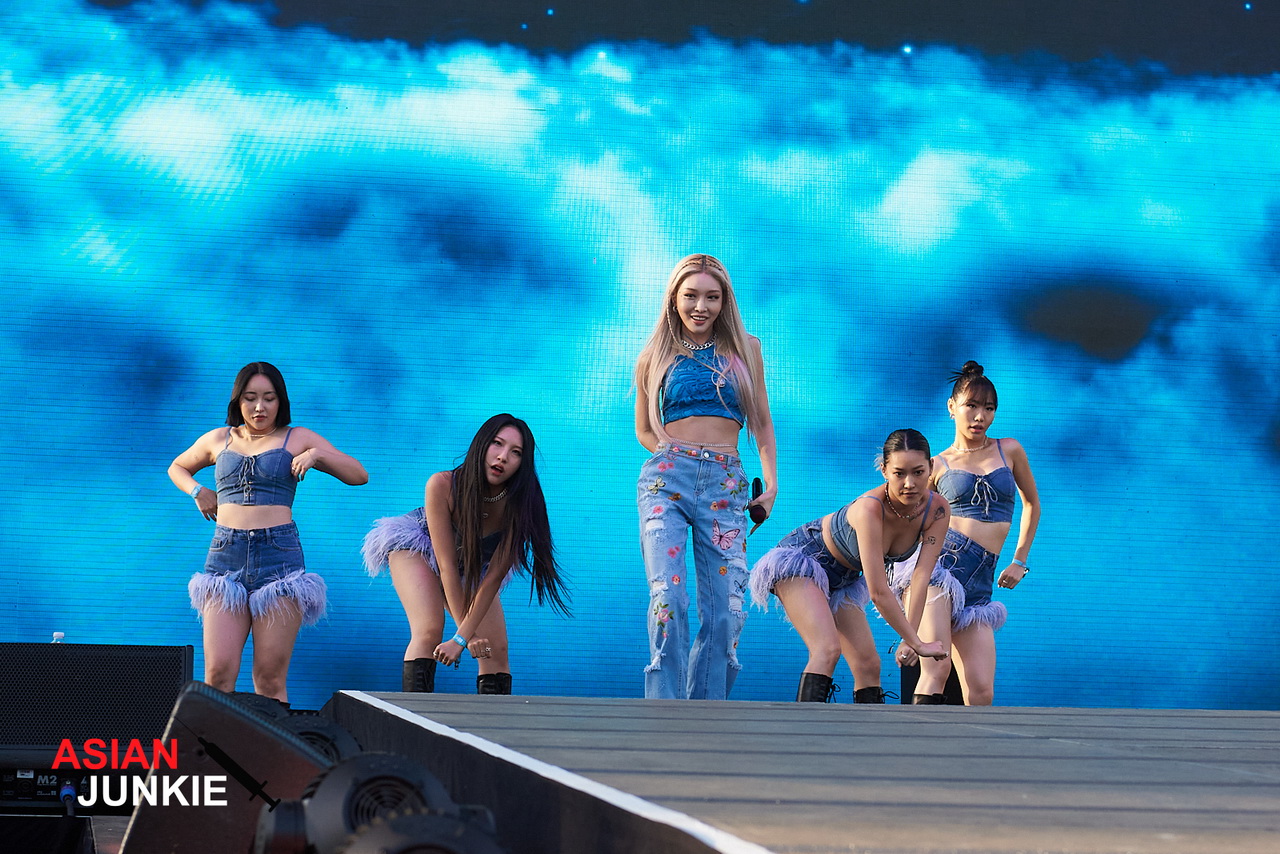 If you’re a festival bunny, you know what this is. We risk everything for a sexy look, great music, delicious food and a fantastic time with friends. Now imagine this experience dedicated to one of the largest festival demographics present today with Asian culture, content, music and art. But not a niche convention situation. Not associated with the stigma of fandom life. Undivided and serving only one Asian demographic. Every year, 88 up is getting ever closer to being the premier elite festival for all things Asian entertainment. Dominating again this year with a lineup so strong it rivaled the only other competition in town (exact same weekend!?) for all-Asian lineup. You know what I’m talking about.

Asian Junkie had the privilege of watching the Head in the clouds The festival has grown from its roots in Chinatown to the Rose Bowl! Bigger than the 2021 festival, I confirmed with the promoters that they have indeed expanded, taking up a huge amount of space to make more room for fans in a safer, more fun and easier to maneuver environment. I was absolutely floored to see not only the Main Stage and the Double Happiness Stage, but also the Club Year Of Dance tent available to wristband holders throughout the weekend. The Year of Dance Tent club was constantly at capacity! Every time we checked the location, the place was filled with a safe place for all the ravers to brain dance!

Each stage had incredible lineup, but being a human being, I stuck to the main stage. Day 1 opened with Hojean, whose fame is at this time when an explosion of popularity is imminent, absolutely rocked the audience in 90-degree weather on this stage in an absolutely incendiary hoodie and leather bomber jacket. He then spent most of the day mingling with his fans in the crowd, quietly stopping to accept selfies with everyone around him. He was followed by Milli as cute as a cloud, again like a freshly lit firecracker, about to light up the whole industry. She was followed by dabin giving us a first dose of hardcore EDM headbangers! I was absolutely overwhelmed by these three up-and-coming artists who cared about the fans, their music, and having such a great time.

The sun began to decline in the sky, and like the golden hour itself, chungha took the stage, honoring an already massive audience. How to do him justice? She is angelic with her adorable retro style and flirtatious moves that absolutely blow the audience away. She performed her latest songs as well as some of her early hits. We have “Russian mountains” and “Snap“, which, let me say, is raunchy live, and “Sparkling” was absolutely fantastic. The highlight of her performance was when she stopped to sign a fan’s album, not one, but two!

the incomparable Kinjaz were also in attendance, absolutely wowing the crowd with a brief performance of dance moves that I will live with knowing I could never succeed on a dance floor. These guys have jaw dropping moves.

Jay Park is the OG heavy hitter. For better or for worse, whether you like it or not, it’s your favorite. The man is living the dream. From b-boy to K-pop to rap and R&B to life as a CEO, he’s the success story every idol dreams of. You name it, he succeeded. And now he’s dropping high-end soju with Won Soju and working on a K-pop boy band…so he says.

Anyway, his discography is huge, so he could have chosen any number of songs to perform. He left with “Me like Yuh“, “All I want to do“, “Ganadara“, and others.

But it wasn’t just his set list. It was his special guests who absolutely set the stage on fire! Jay Park flexed the big guns by bringing out the H1GHR MUSIC gang themselves, Sik-K and Ph-1. You could almost hear the panties falling off! It was like a wave of screams as they performed songs like “Doubtful” and “The purge“. He rocked the crowd with KTOWN, a local classic, and finally God’s gift to summer parties,”Mom“.

Keshi was a late addition to the range when it was announced that, unfortunately, Niki went down with COVID. Although she was sorely lacking, the artists who had settled in at the last minute to replace her rose to the challenge and gave the audience exactly what they needed. A wild ride on the roller coaster.

Keshi does not play. He’s a stunner who takes to the stage, with a full band and guitar, then sings until your brain melts out of your ears and you have nothing left to rule your life but your heart… a heart he now has. He feeds a need, a beautiful emo need that each of us has deep inside. He performed songs such as “Sins”, “Somebody” and “Touch”. Believe me, if you weren’t a Keshi fan in the beginning, you are now. Welcome to the fold.

Finally, many of us wondered what joji had been up. Suddenly he had a group of DJ’s called YEBI LABORATORIES, but he had released a single within a few years and no other music. We weren’t sure what was going on. But let me tell you, Joji knows what he’s doing. He’s intuitive in his choices and he hasn’t fooled us yet.

The Day 1 finale was YEBI LABS which absolutely killed it on a huge DJ booth built on two levels resembling an industrial wedding cake celebrating EDM and the blessing that is experimentalism in music. He mixed as he pleased, without really needing to adhere to a style or a setlist since he chose to mix his own songs with other hits from the 2000s to today. He dragged the audience a bit, having fun with his mixes and going strong at times as the massive crowd went wild. It was a legit rave. Freedom of music!

Joji also performed his new song “Overview of us‘ and he climbed down from the DJ booth in the middle of the performance and launched into his songs, playing with the crowd and just immersing himself in the joy of the night.

I was absolutely floored. We all were. He was a Joji who had shed his skin and become a new entity and we all loved him. And that was it!

As fast as it started, day 1 was over and we all headed back to our cars determined to gorge ourselves on good food and drink and then crash because each of us knew we had only done half way.

Thank you, 88Rising and Goldenvoice for allowing us to continue our coverage of this amazing phenomenon that is the Head in the Clouds Festival!

And if you are in Asia, watch out! HITC is heading to Jakarta!