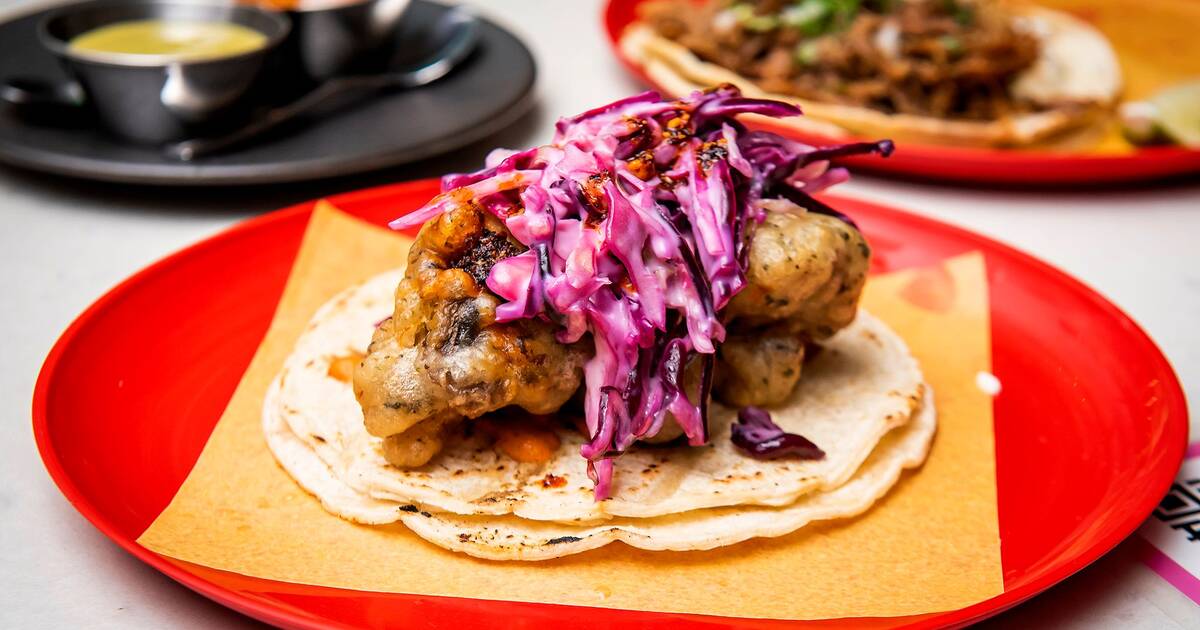 Classico Macha is a taqueria that runs the food program at Hush Hush Bar, a dive club that shares space with the restaurant.

Before having a resident kitchen at Hush Hush, Classico started doing pop-ups for the club on their patio last summer. 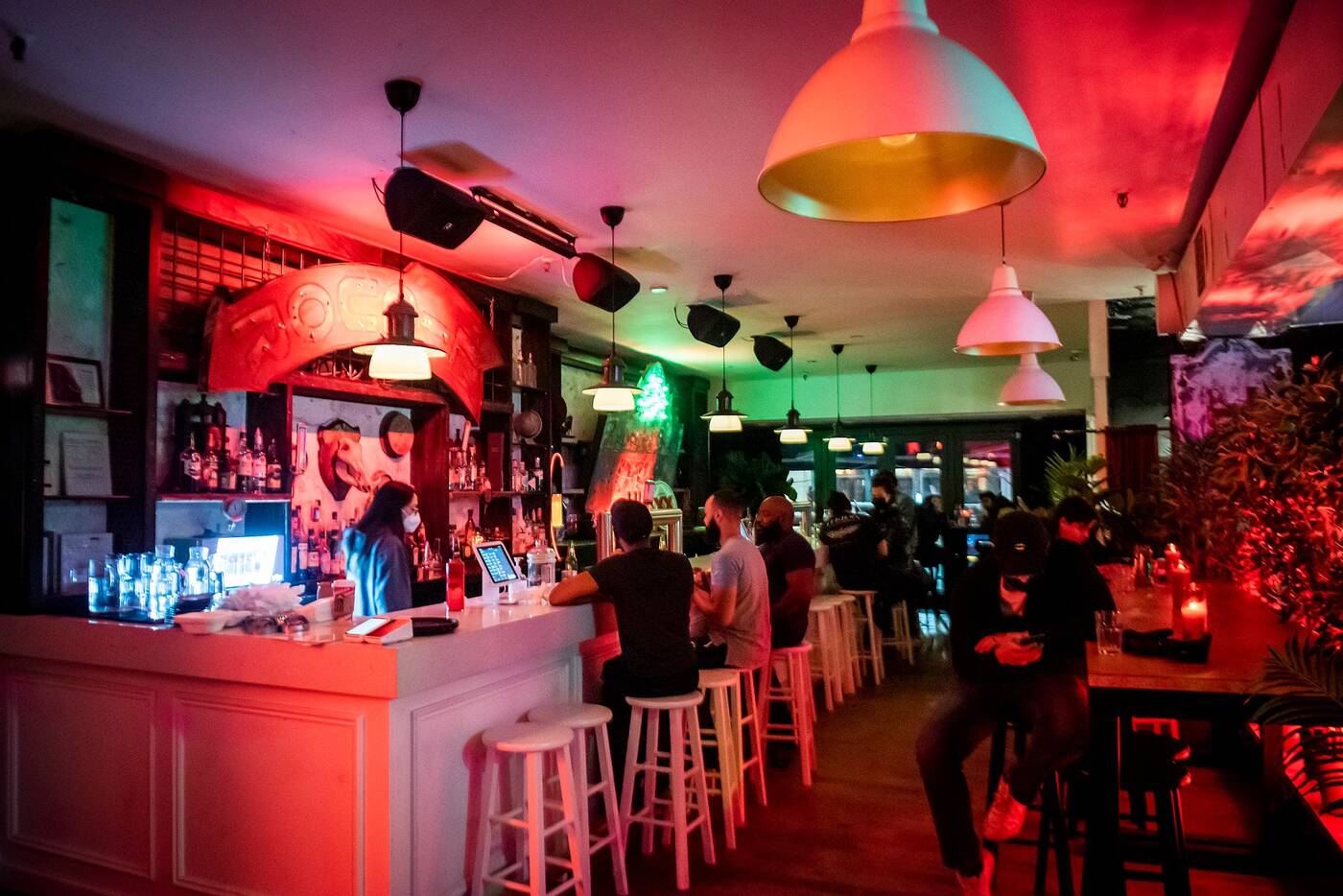 The brand is created by two brothers Abraham and Abel Paez, inspired by their mother’s restaurant in Mexico, they started selling salsas and homemade meals out of their homes during shutdowns last year.

Before Hush Hush, they also did pop-ups at cocktail bars around town, like Lobby and Project Gigglewater. 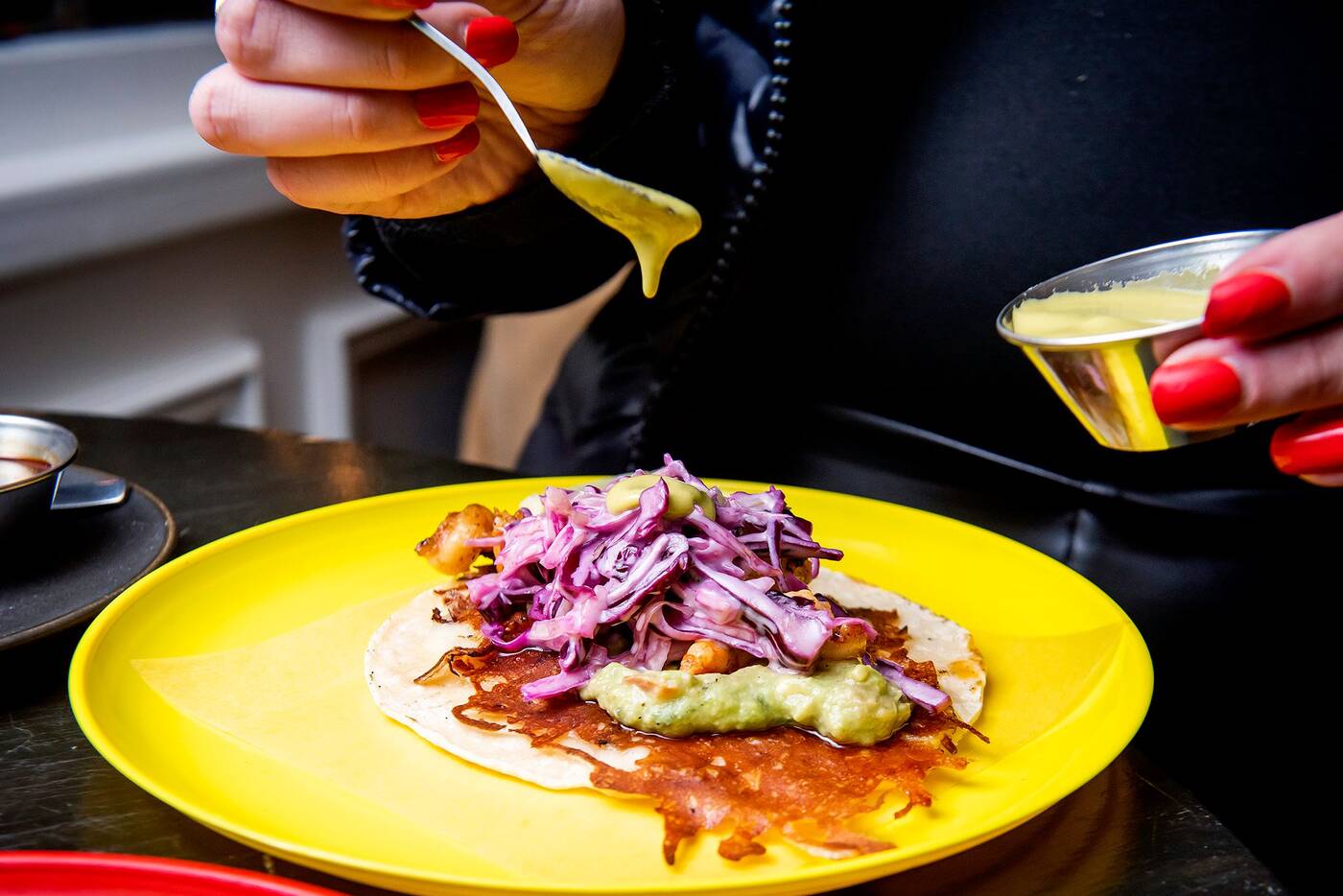 The Classico’s menu offers vegan and vegetarian options based on traditional Mexican dishes, with seafood and meat dishes. 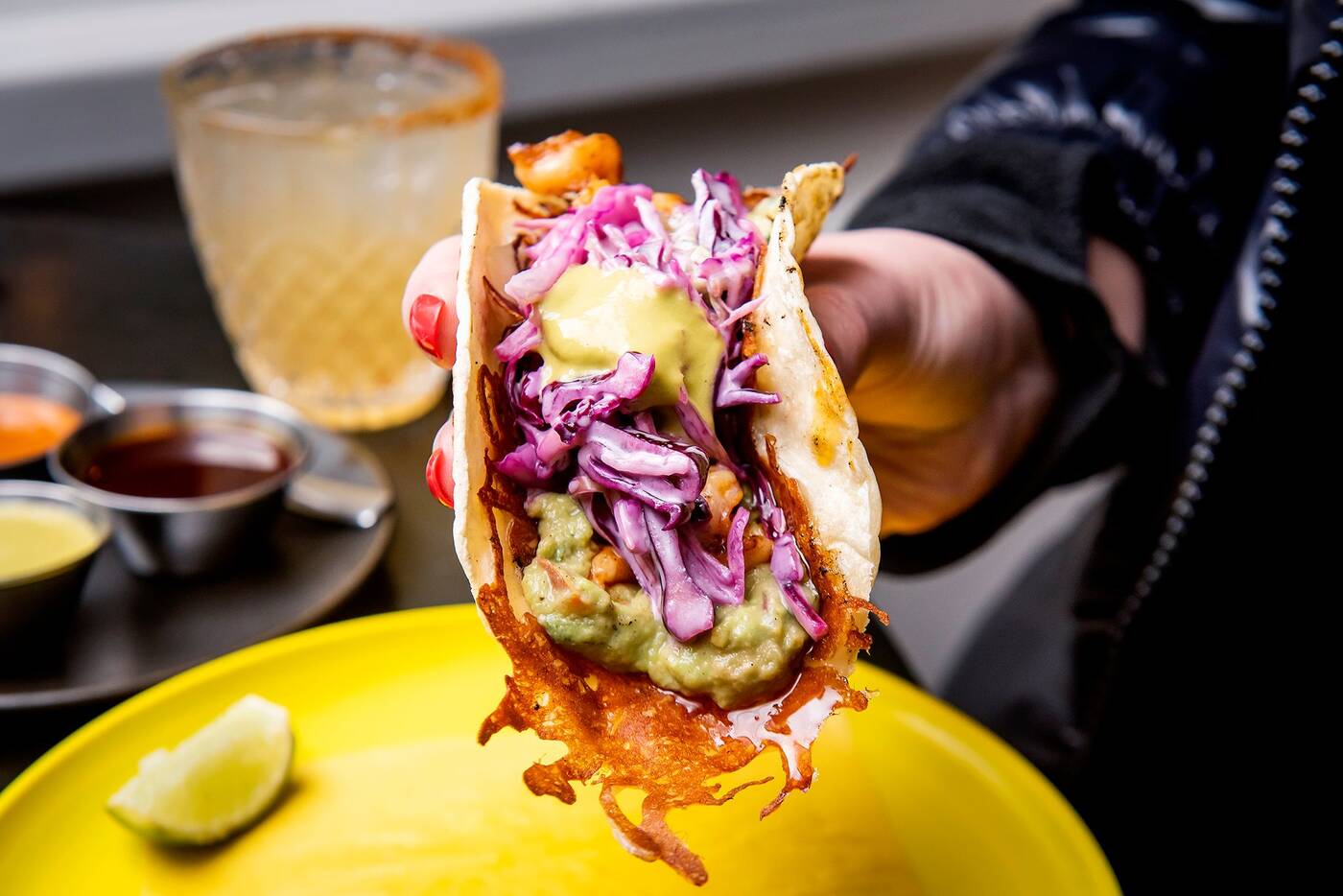 The Shrimp Taco ($ 7.00) is filled to the brim with guacamole, pieces of fried shrimp, a big serving of a mix of coleslaw and fried cheese. It is served with Classico’s house salsa to dip or spread on top. 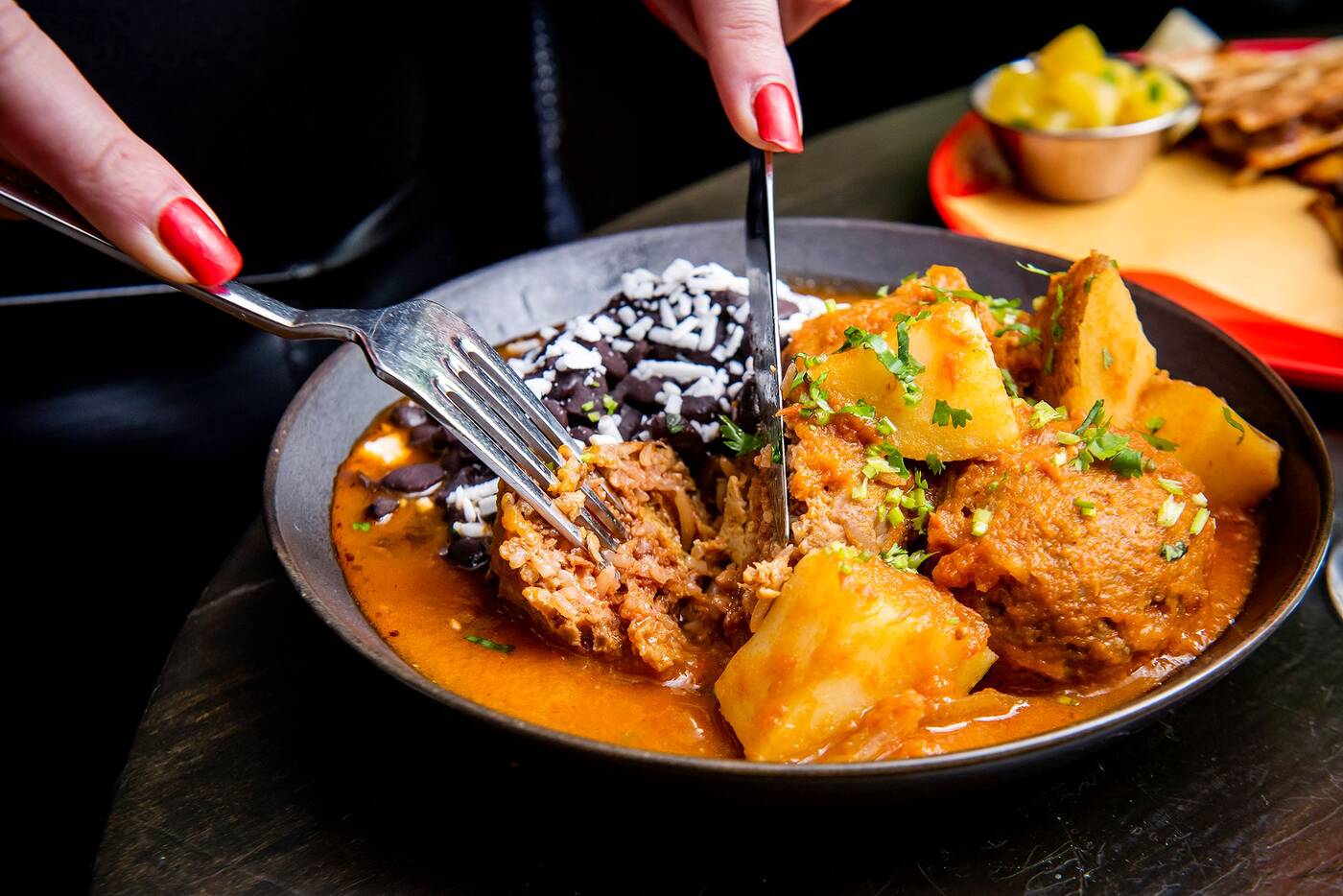 If you’re looking for a bigger meal, order the Impossible Albondigas ($ 18.00). Three impossible meatballs are stuffed with tofu eggs and dipped in tomato broth, accompanied by cubed potatoes and black beans. 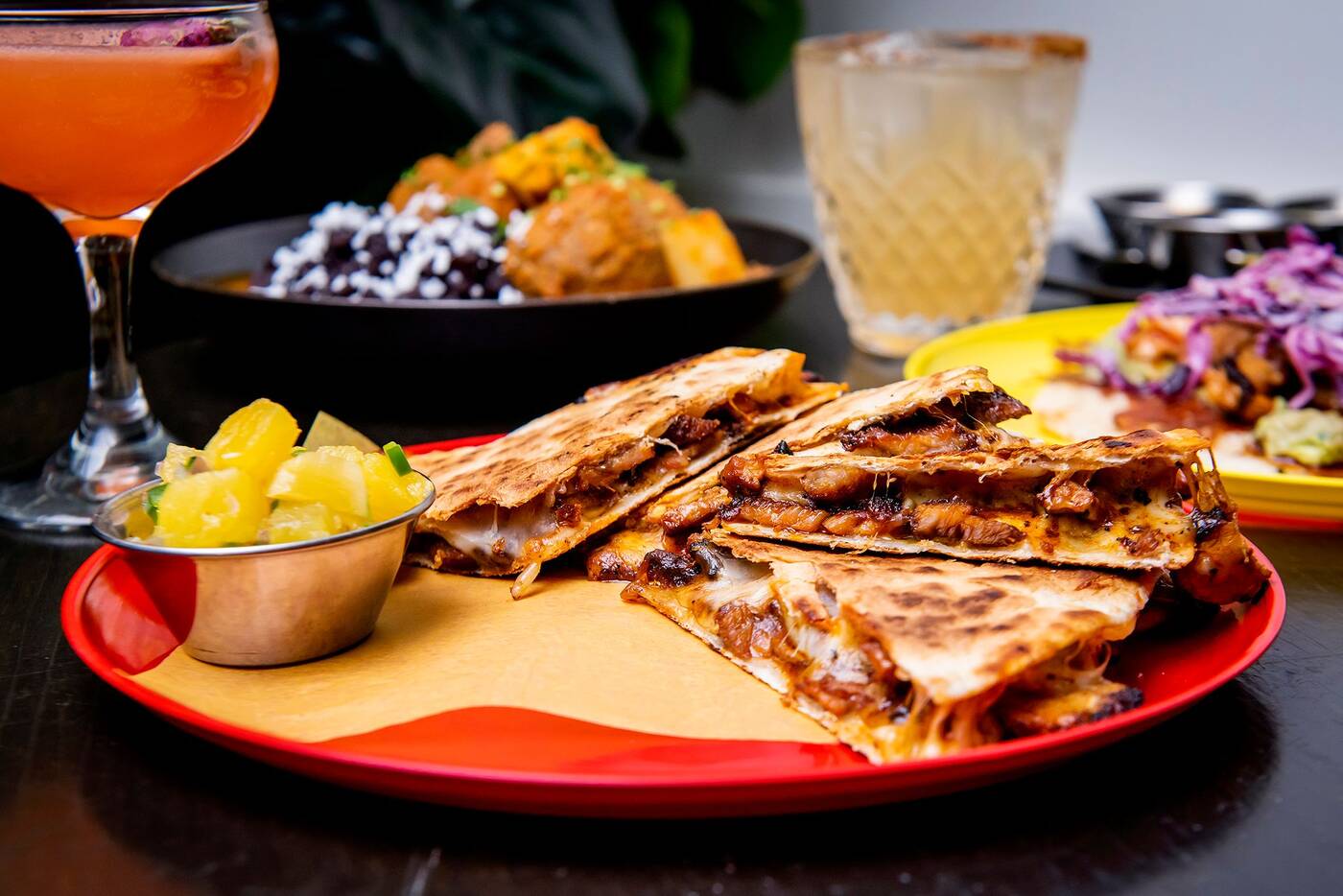 La Gringa de Pastor ($ 16.00) is Classico’s version of a quesadilla. The grilled pork shoulder is melted between a soft white cheese called Chihuahua Cheese. Take a bite with the pineapple salsa on the side for a fresh addition to this meaty meal. 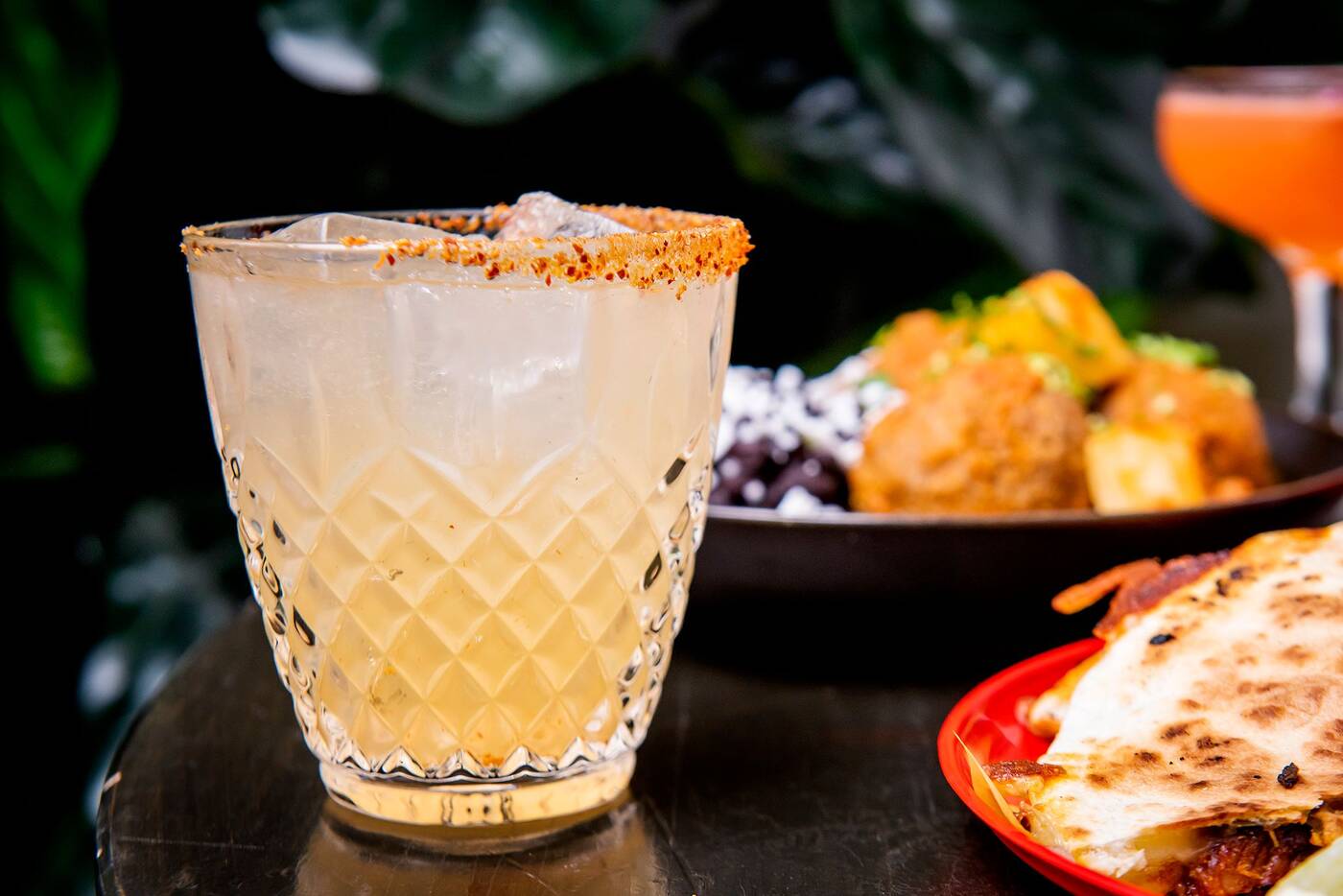 Classico also offers a list of house cocktails. La Picante ($ 15.00) has Jose Cuervo tequila infused with arbol pepper, then mixed with lime and agave to produce this margarita-like drink with a heat mellow to his liking. 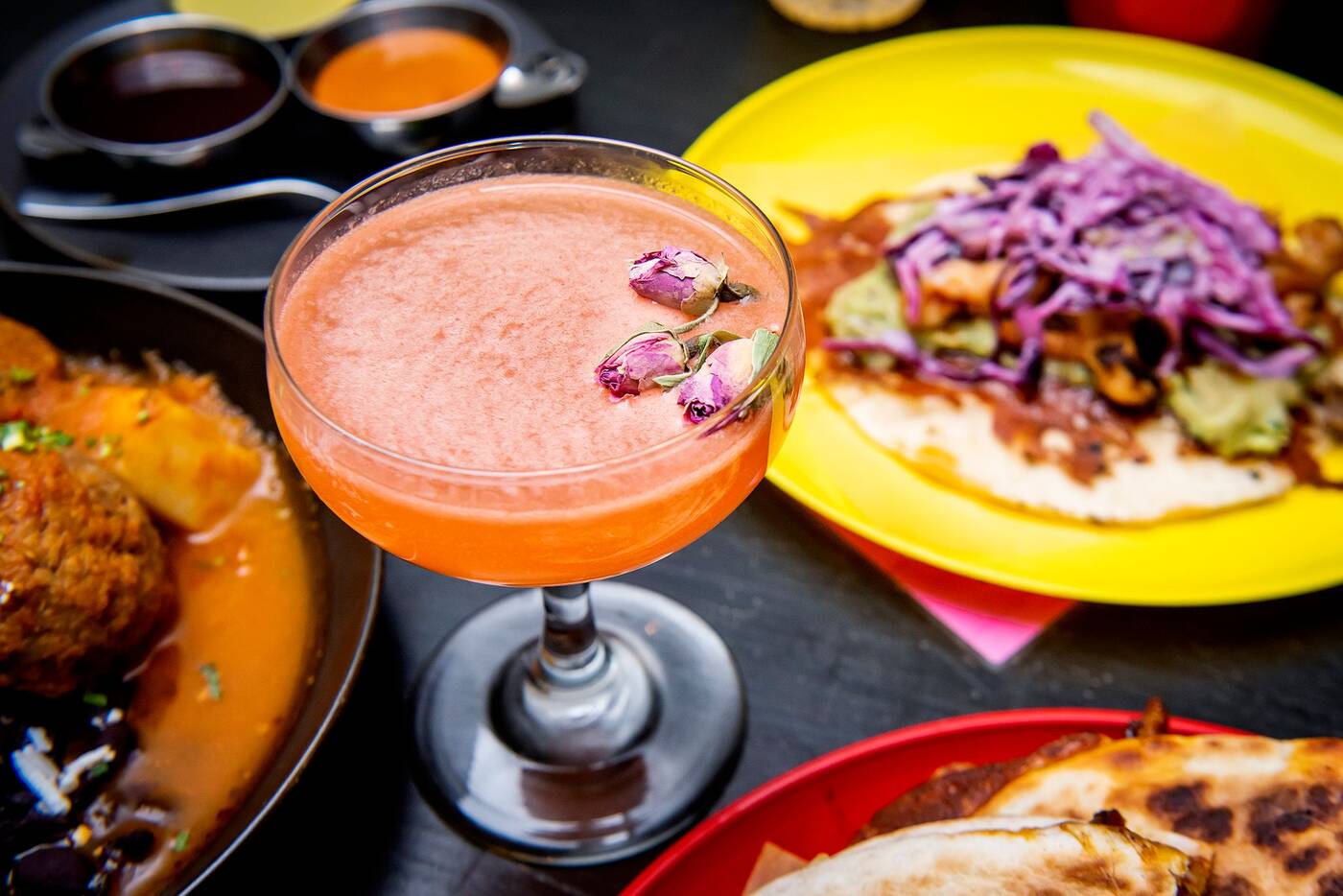 La Gringa ($ 15.00) has a base of Hendrick’s Gin, mixed with grapefruit juice and rosemary syrup. Fruity and refreshing, you will find the rosebud garnishes as a nice addition to this light cocktail. 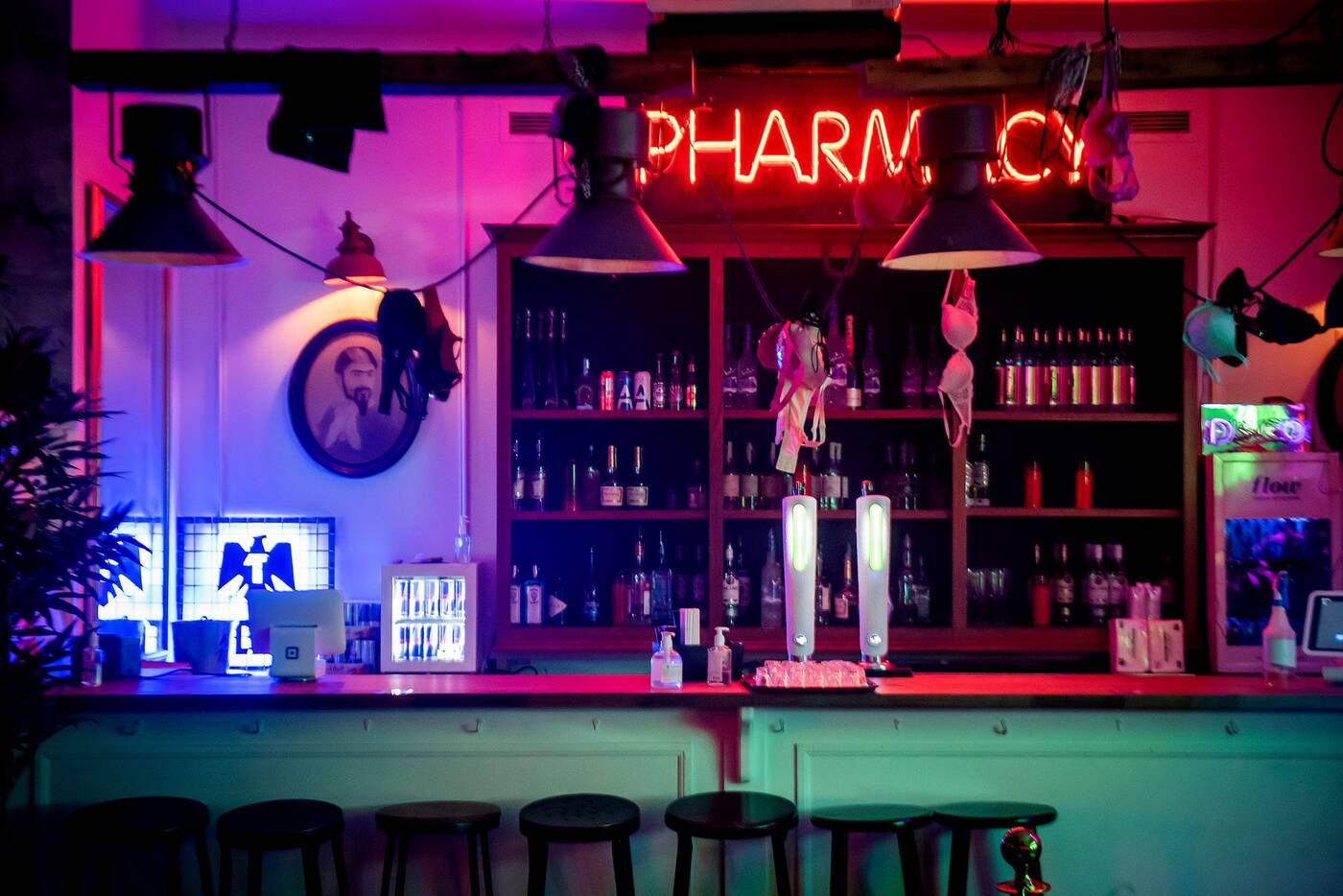 When you’re done with dinner and drinks, head over to Hush Hush, which has their own bar, they’re just across the wall from Classico. 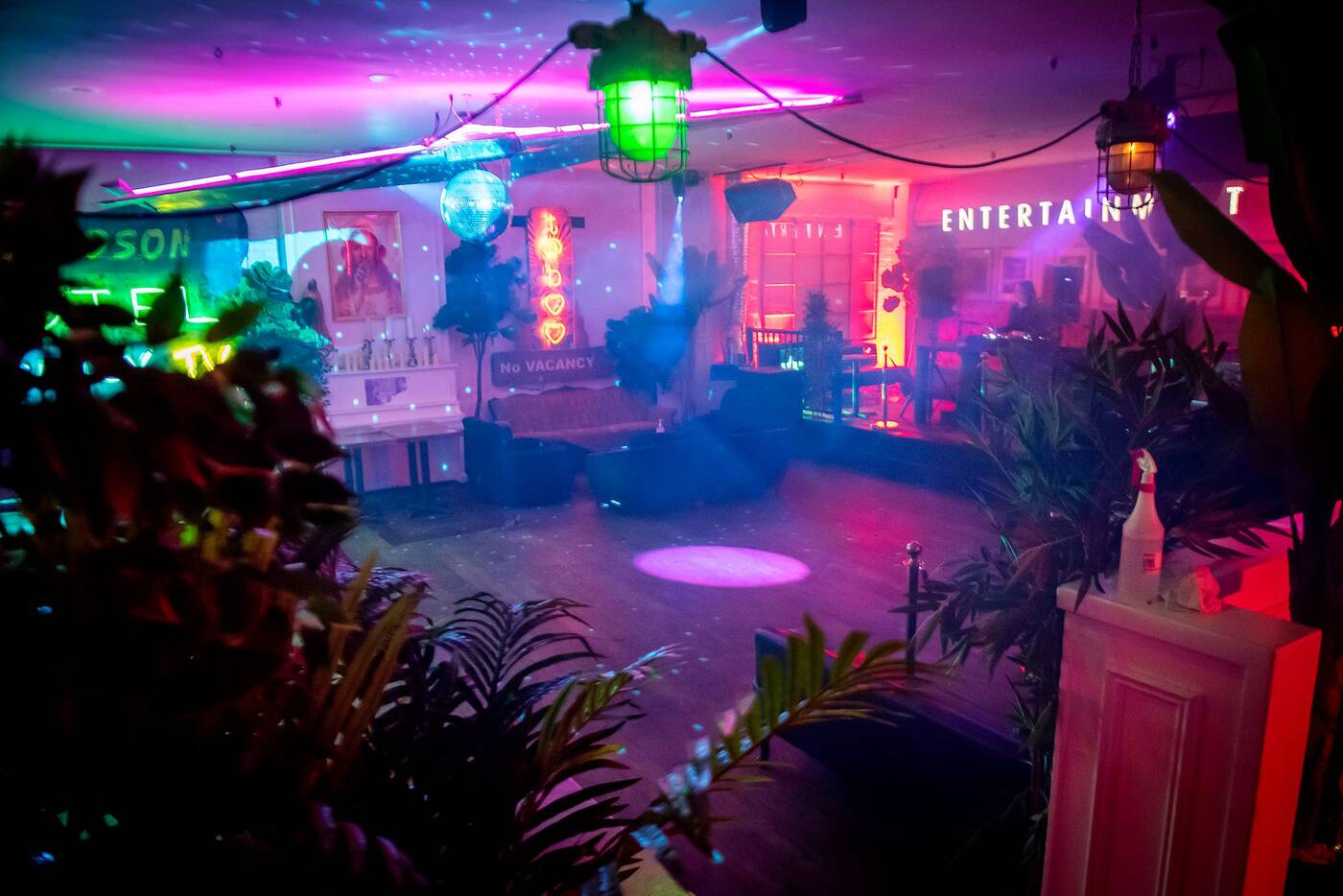 Once located in The Junction, the dive center has made its mark in Little Italy, among a bunch of other nightlife spots, like El Rancho and Sneaky Dee’s.

Don’t arrive in Hush until midnight, crowds gather around 12:30 am or later. 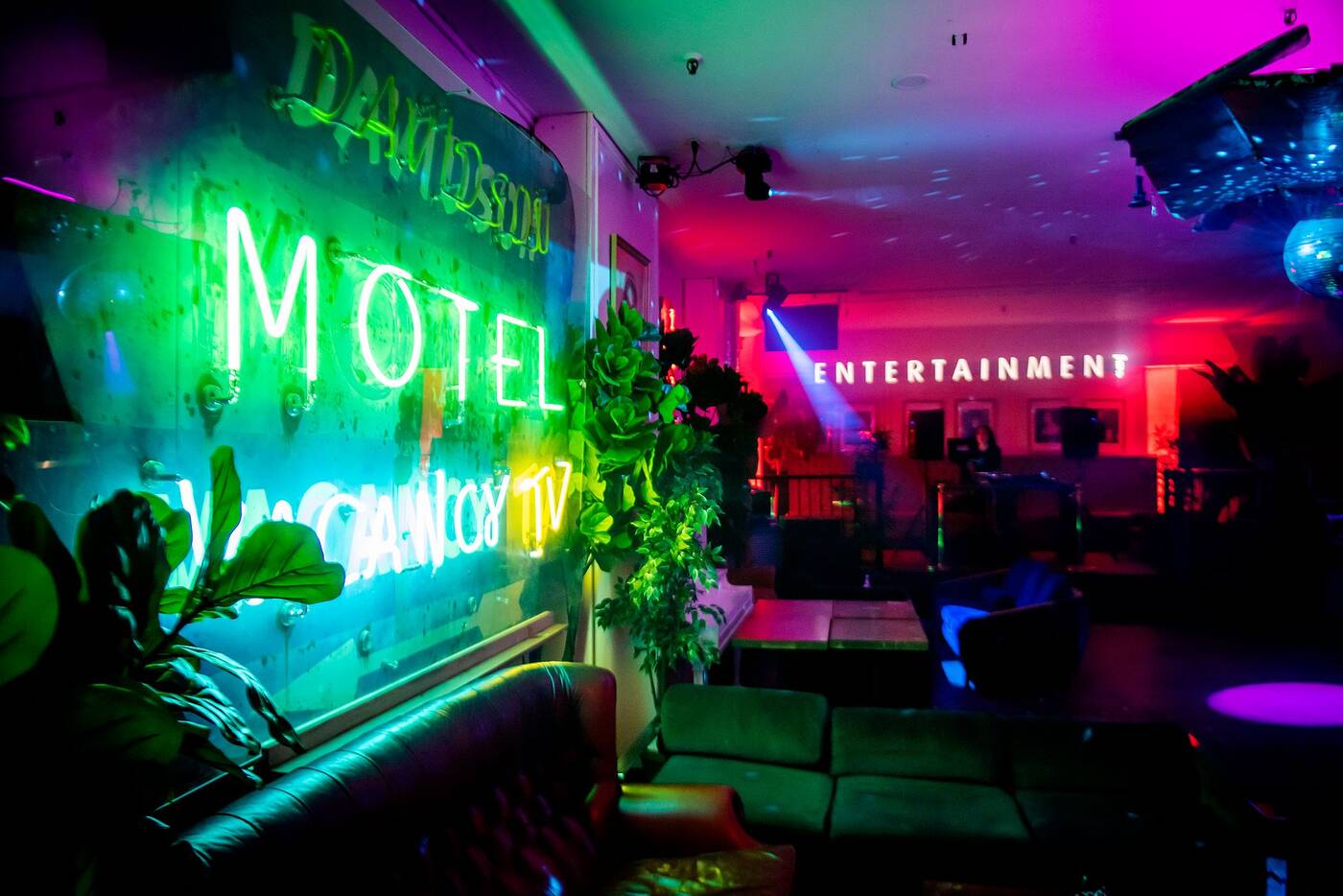 You will be in awe of the neon signs and alternate decor dancing on the walls, most of the artifacts were found via an antique collector.

The motel’s sign comes from an abandoned hotel in Paris, Ontario. all of the original light beams have remained intact but have been upgraded to add character to the space. 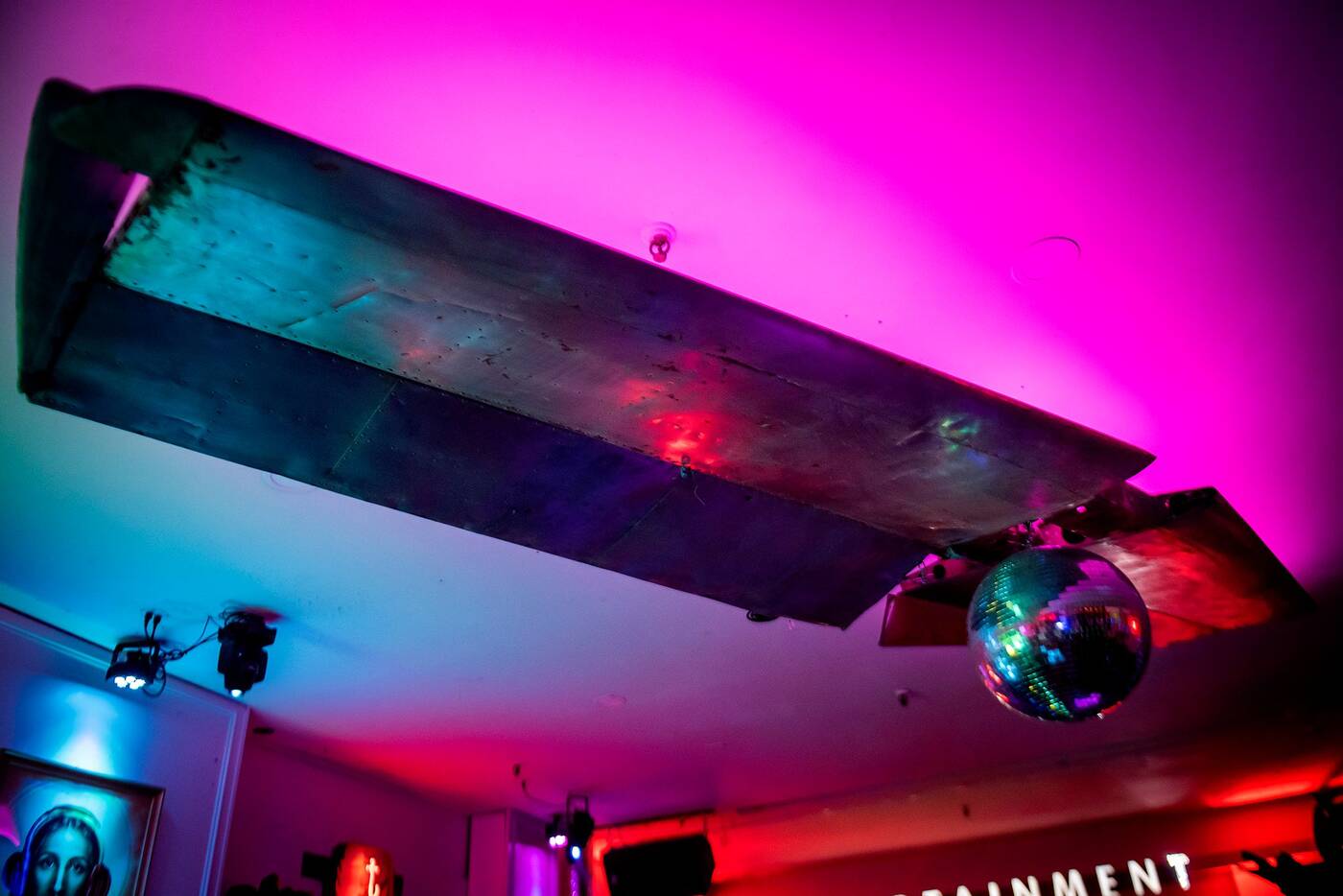 There is a real airplane wing on the ceiling of the dance floor, with a disco ball suspended in its center. 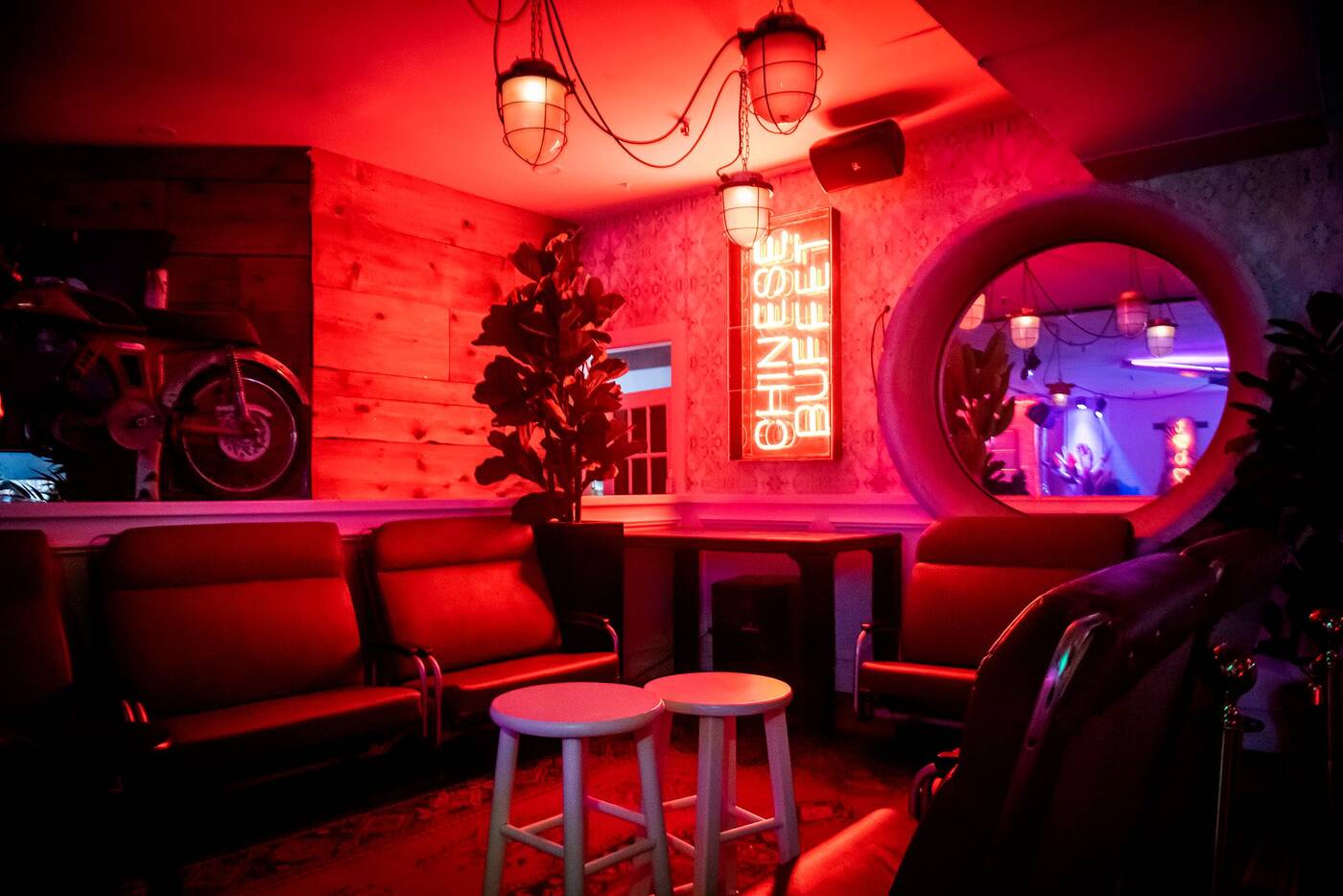 Even bottle kiosks have their own history. One of them is decorated with a mirror, which is placed inside an old airplane turbine, once used for engines. And the sofas are also vintage, taken from old VIA Rail train seats, refurbished in the 1960s. 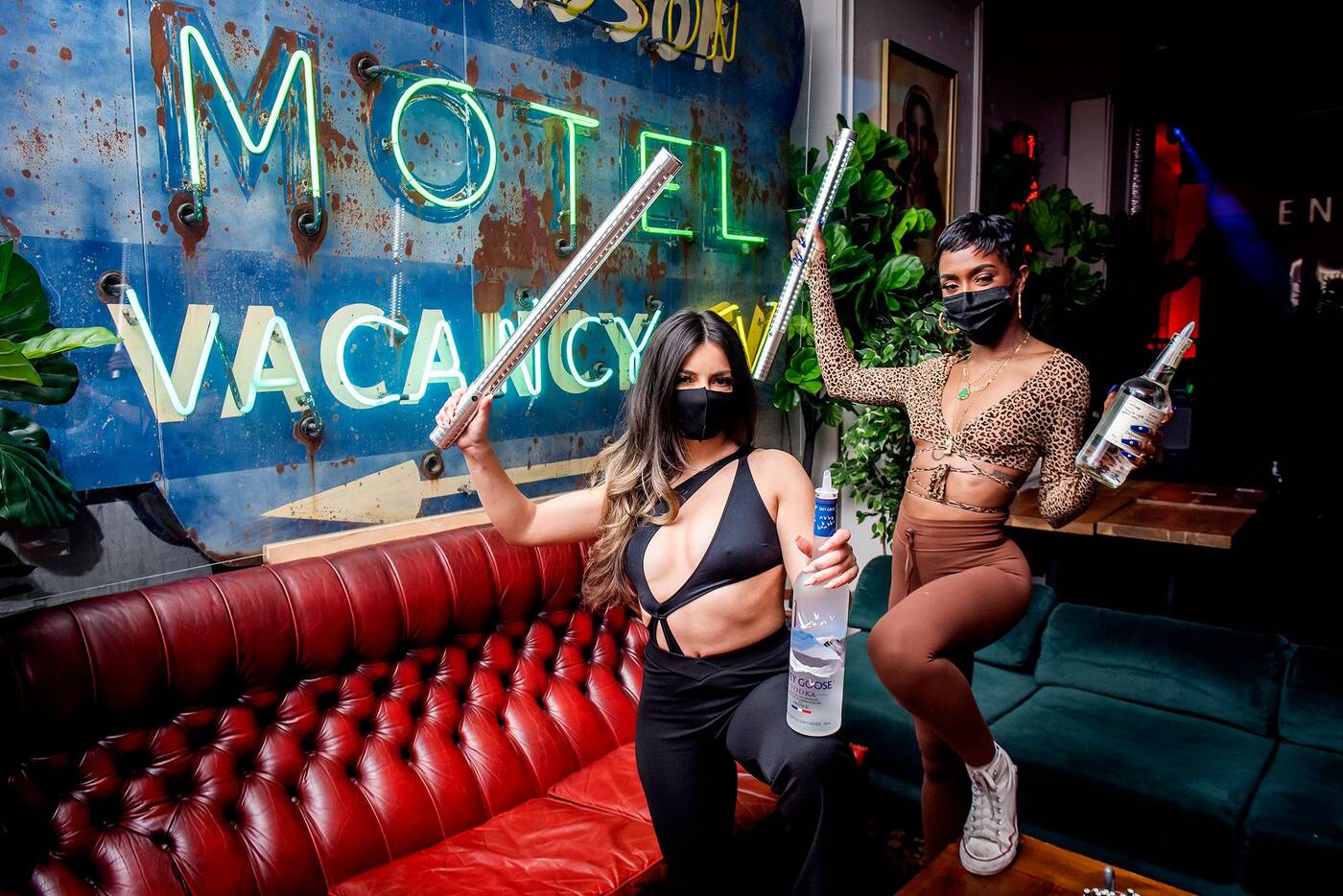 At Hush Hush you won’t have to worry about paying for the blanket most nights, they encourage people to let go without worrying about the dress code or minimum bottles for entry. 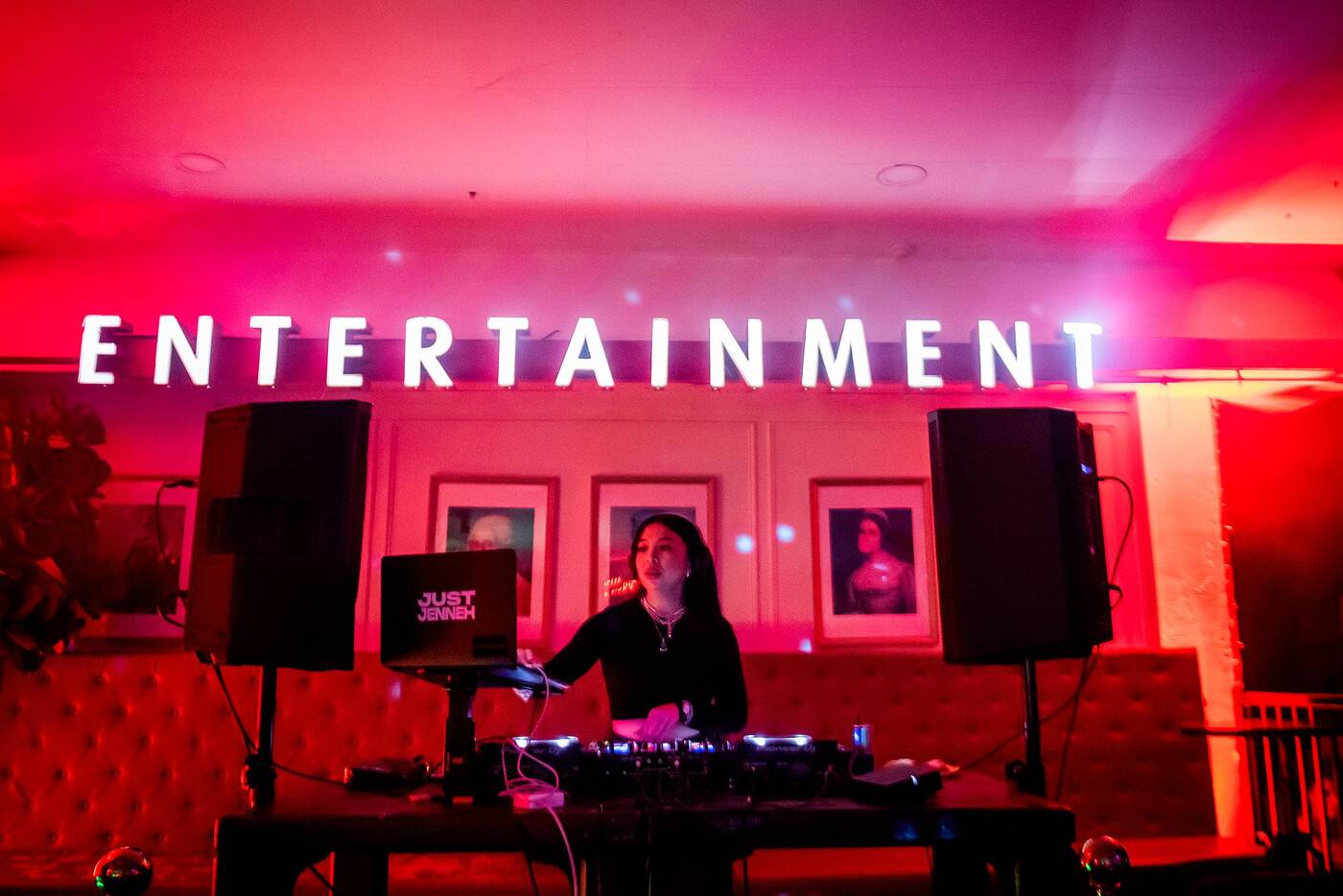 Every night you’ll find a different theme, Wednesdays are Burlesque, Thursdays are for Latin music, Fridays they are hip-hop and Saturdays are pure house music. They are also planning to add a brunch with drag shows on Sundays. 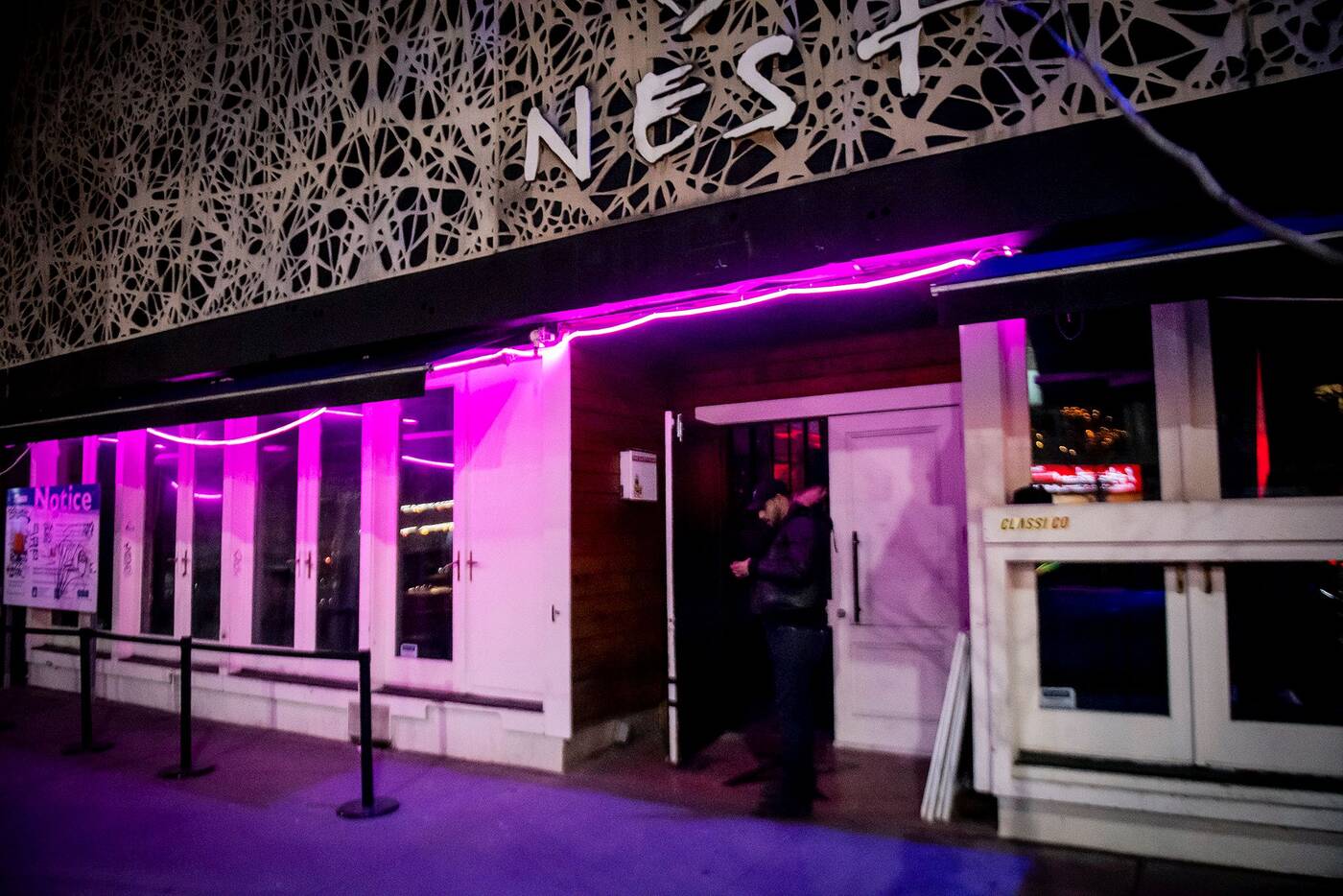 You can find Classico and Hush Hush a short walk from College and Bathurst, the building once housed another club called The Hideout, and Nest still occupies the space above. Visit when you can, the city currently has a development proposal for this site.