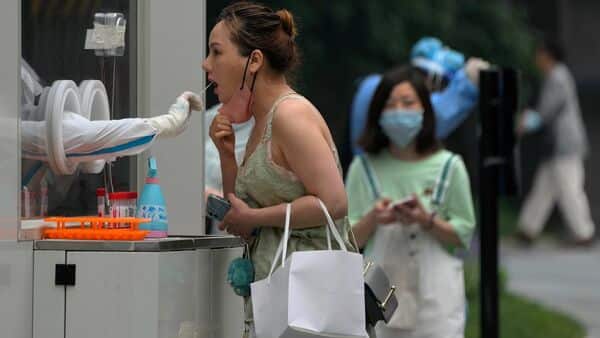 A Covid-19 outbreak linked to a bar in the Chinese capital Beijing, which has so far resulted in 166 people testing positive, is “fierce”, local government spokesman Xu Hejian said on Sunday.

Other cases are expected to be discovered among bar visitors and their close contacts, said Beijing Center for Disease Control and Prevention Deputy Director Liu Xiaofeng.

Beijing is currently experiencing an “explosive” outbreak of Covid-19, leading to a further tightening of restrictions since Thursday. At least two districts have closed some entertainment venues.

The capital had only eased restrictions less than two weeks ago which had been imposed to tackle a major outbreak which began in April.

The sprawling Universal Beijing Resort – a theme park on the outskirts of the city – canceled a reopening plan on Friday. City authorities said three of its employees visited the Heaven Supermarket bar.

In Shanghai, authorities announced three new local confirmed cases and one asymptomatic case detected outside quarantine zones on Saturday, as nearly all of the city’s 25 million residents began a new round of Covid testing.

Authorities ordered PCR tests for all residents in 15 of Shanghai’s 16 districts over the weekend, and five districts banned residents from leaving their homes during the testing period. A city official said residents should perform at least one PCR test per week through July 31.

China’s most populous city only lifted a grueling two-month Covid-19 lockdown on June 1.

Although China’s infection rate is low by global standards, it maintains a zero Covid policy, citing the need to protect the elderly and the medical system even as other countries try to live with the virus. .

Mainland China reported 275 new coronavirus infections on June 11, of which 134 were symptomatic and 141 were asymptomatic.

There were no new deaths, leaving the country’s death toll at 5,226. Mainland China had confirmed 224,781 cases with symptoms as of Saturday.

* Thank you for subscribing to our newsletter.