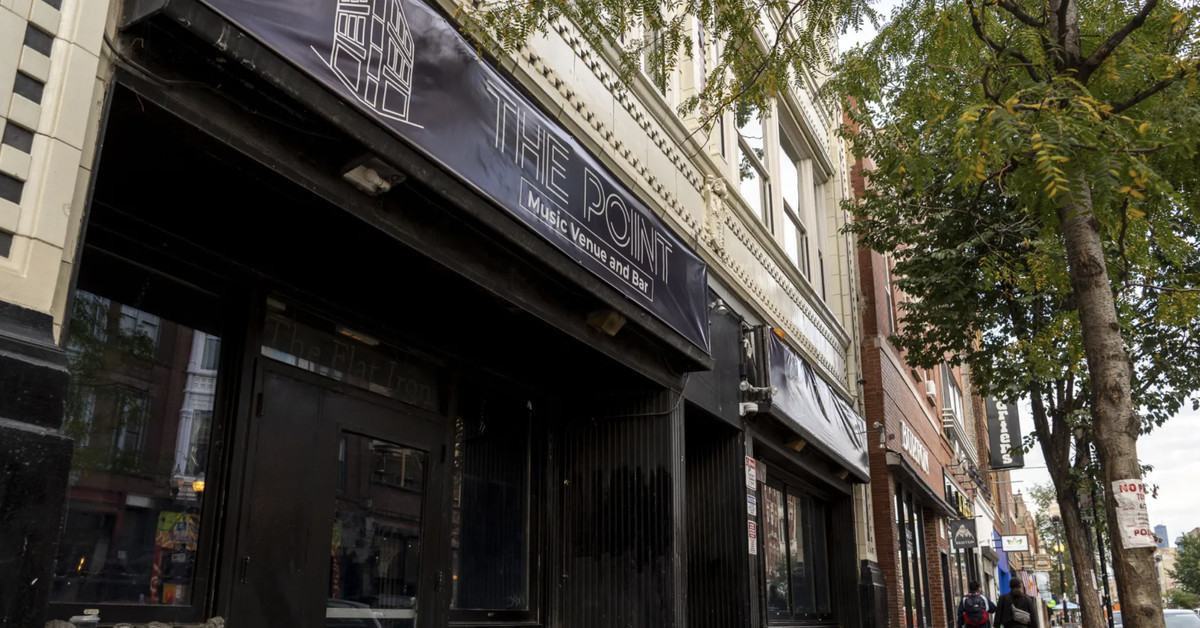 Three months have passed since Chicago police shut down Point nightclub in Wicker Park, citing security concerns related to multiple shootings outside the bar. Now, amid talk of a rise in theft and carjacking rates across the city in 2021, lawyers representing Point owner Joe Lin say the bar is just a ‘scapegoat’ for law enforcement’s failures to crack down on crime, according to a recent court filing seeking subpoena documents and testimony from officials regarding the forced closure.

Police closed the Point, located at 1565 N. Milwaukee Avenue, in February after two shootings outside the bar in less than four months. Lin and law enforcement are at odds over how the first incident unfolded. Police say the first shooting in October 2021 was the result of a fight inside the bar, while Lin says he made multiple 911 calls seeking help dealing with unruly crowds on the street, according to Block Club Chicago. The circumstances of the second shooting, in February, seem undisputed: a man in the street fired shots into the bar, hitting a customer below his right eye.

Lin told reporters he had tightened security after the October shooting, but was otherwise unsure how he could address police concerns. The court filing describes the Point and its owner as victims of the alleged crimes who are now being punished for events beyond their control. Lin also owns Bourbon on Division, a bar and music venue in West Town.

The Point’s closure is part of a wave of forced closures at Chicago bars. In late March, city officials forced the Play Kitchen & Cocktails sports bar in Gold Coast to temporarily close amid allegations of increased criminal activity at night following a drive-by shooting in mid -December when a person in a car shot at the business from the street, damaging a window and the TV inside the bar. The property of Nipsey’s Restaurant and Lounge, the Calumet Heights tavern that was demolished after a major fire in early March, is still in court over dozens of city citations over licensing, occupancy limits and safety measures. security.

Flavor Supreme, chef Joey Pham’s three-year-old virtual bakery, will close at the end of the month, Pham announced in an Instagram post early Friday morning. May 29 will be his last day. At Flavor Supreme, Pham created surprise cakes made with all seasonal ingredients — but never chocolate, due to his abusive production processes — and also participated in numerous pop-ups around town. Pham did not give a reason for the closure or say what they plan to do next.

Shawn Clendening, a chef who has worked at Blackbird and Oriole as well as his own pop-up Cat-Su Sando, announced on Instagram that he will be hosting a barbecue on Saturday, May 14 to raise money for the Chicago Abortion Fund. There will be smoked and grilled chicken, ground barbecue pork sando, pastrami prime rib, grilled maitake mushrooms, salads and, late into the night, yakitori. The festivities begin at 4:19 p.m. at 1901 W. Race Avenue in West Town.

In this week’s episode of Excellent chef, contestants took a trip to the Gulf Island of Galveston, where they got to show off their seafood skills with a tower of hot and cold shellfish, then cook for a visiting friend or relative identified only by a list of their likes and dislikes. As Damarr Brown’s mother was unable to travel, her boss, Erick Williams of Virtue, stepped in. Brown served Williams a dish of herb bread crusted rockfish with baby clams and white beans that was good enough to put him in the top three and move on to the next week of the contest (imagine the embarrassment if the dish of Brown fell short.) In related news, voting for this season’s fan favorite is open; the price is $10,000.

It’s Murphy’s Law: the week you decide to launch an NFT, the whole cryptocurrency market crashes. Goose Island announced on its website yesterday that its Bourbon County NFTs will still be on sale, but as the value of ethereum (the second most popular cryptocurrency after bitcoin) has fallen 20% since Monday, the brewery has mercy: NFTs will now be either $399 instead of $499. A good deal !