Droitwich’s oldest landlord and landlady celebrated 25 years behind the bar.

Tony Gardner, 81, and Jinny Gardner, 64, have run The Barley Mow on Hanbury Street for a quarter of a decade.

The couple have no plans to stop either and are delighted to see the pub continue to grow.

“We loved taking the pub from zero to a much loved local,” said Tony.

“As soon as we saw The Barley Mow we knew it was for us and could see its potential. Droitwich also captured our hearts as it is a lovely town, although it has grown enormously since we are here.”

When they arrived at The Barley Mow in June 1997, the pub was lightly used but has since undergone refurbishment and introduced home-cooked food, making it a ‘community hub’.

While at The Barley Mow, Tony and Jinny created over 100 local jobs and helped raise over £20,000 for local and national charities including St Richard’s Hospice, the local fire brigade, Air Ambulance and MacMillan Cancer Support .

Before moving to Droitwich, Tony and Jinny ran a pub in Oxfordshire after careers as window fitters and dance teachers respectively.

They both worked in pubs from an early age, with Tony running his first pub aged just 19.

Although the pandemic has proven difficult, it hasn’t deterred them from leading The Barley Mow.

Jinny said: “We had friends in pubs and always worked behind the bar for other people. So we thought we might as well do it for ourselves.

“We have no regrets because we love what we do in the heart of the community.”

She adds: “It has been a real pleasure to grow alongside our customers. The hardest part was staying closed during the pandemic.

“However, we bounced back. It was so nice to open again. We were unable to offer food due to a lack of staff, but plan to do so later in the year.

“As for retirement, we don’t plan to do that anytime soon. We enjoy what we do too much. 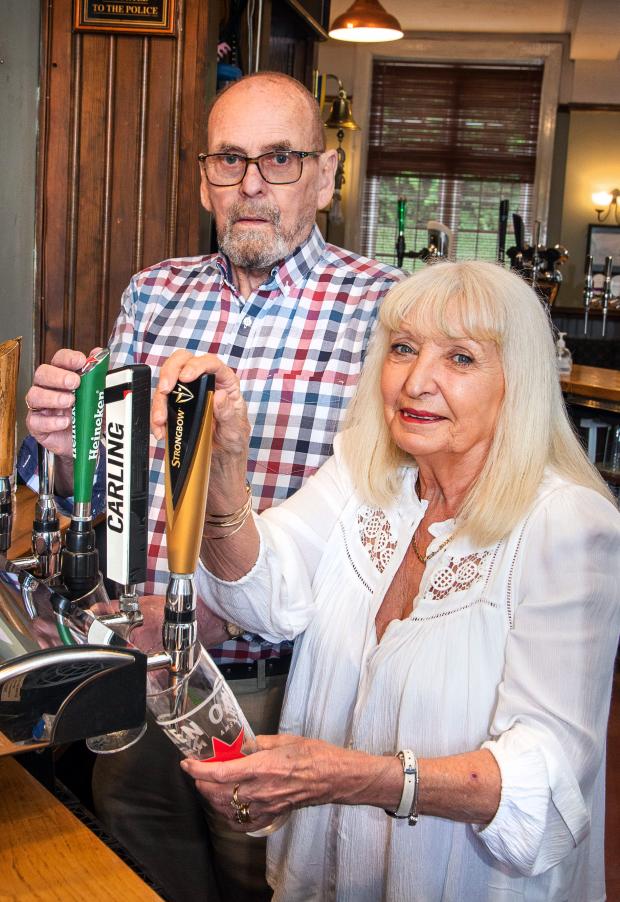 The couple have no plans to retire anytime soon

Tony and Jinny held a weekend of celebrations to mark their 25th anniversary at the pub, putting on live music, disco and karaoke for over 150 regulars.

He said: “Tony and Jinny are accomplished publicans and well deserving of this award.

“They gave their all to The Barley Mow, creating a fantastic local community pub.

“It is great news for those who work and live in Droitwich that they have extended their pub lease and have no intention of retiring.

“Well done Tony and Jinny! Here’s to many more happy years behind the bar!