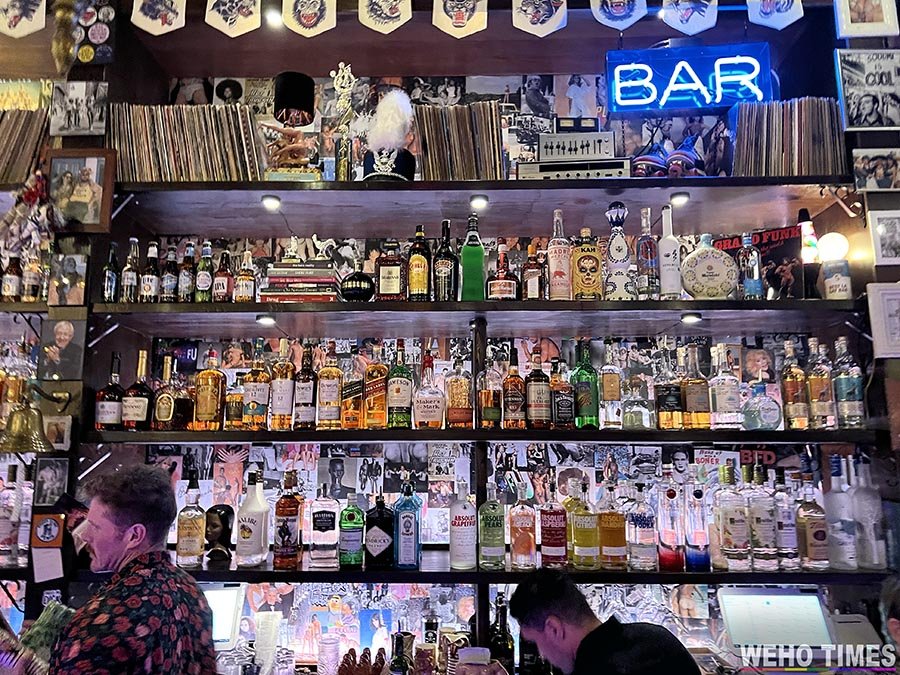 A BAR IS BORN! Welcome to the new Schmitty’s Bar in West Hollywood

Welcome to Schmitty’s Bar. An unnamed bar was christened this weekend to coincide with its grand opening in the city of West Hollywood. The neighborhood’s newest gay bar at 8737 Santa Monica Boulevard was packed last night with patrons anticipating something new, more intimate and a little laid back.

Owners Jay Krymis and his wife Michel were at the grand opening and were congratulated by fan friends at the closed Fubar located in the middle of WeHo. They both owned Fubar which did not survive the pandemic and are currently working on setting up a new bar in the space at 7994 Santa Monica Boulevard.

A topic of conversation last weekend was the name of the unnamed bar. Jay tells WEHO TIMES that they cemented the name just hours before opening yesterday at 6 p.m. It all started as Dolly Shine on her liquor license. The Swallow floated earlier this week and came close, but the owners opted for Schmitty’s Bar. “We were playing with many names, but Schmitty’s Bar feels like a friendly neighborhood bar, which is what I want for this space,” Krymis said. “The Swallow was more of a nod to Fubar, which sort of put me in a box. I love Schmitty’s Bar.

The bar took over a year to open in West Hollywood due to bureaucracy, permits, supply chain issues and more bureaucracy. It had an unnamed soft opening last weekend. Krymis looks back on all the tribulations he went through to open the bar and seems pleased with the end results.

Krymis officially announced the closure of FUBAR Weho on October 10 this year0 via an Instagram story. The WeHo dive bar known for hosting events like BFD Thursdays, Dick’s Den and Adonis Lounge LA, has closed after about 24 years at this location. It never opened after the COVID-19 shutdown.

In that same Instagram story, Krymis asked prayers to the bar and nightclub gods that he might open as soon as Halloween weekend, but Hallow’s Eve came and went, and the Great Pumpkin was nowhere in sight. seen. The bar remained closed for a few more weeks until last weekend.

The bar may be brand new, but it has an old-fashioned feel and has been described as similar to the bar at St Elmo’s Fire, which Krymis raved about. The items give a nod to LGBT history, which include memorabilia from her dear sister FUBAR.

Schmitty’s Bar will open from 6 p.m. to 2 a.m. and will expand its hours in the near future.